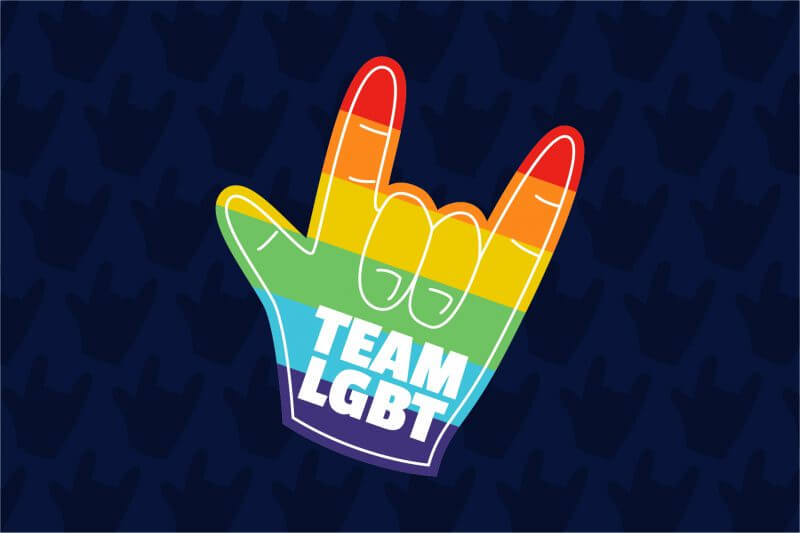 Although Football has seemingly invaded every possible medium of advertising and marketing over the past month or so, this months campaigns round-up, will in fact, not focus on anything football or football-related. So, at this point, you will either check out because you came here’ looking for football-related-thing or where you exert a sigh of relief as there will be no more mention of the so-called ‘beautiful game’ from this point on.

June marks Men’s Health Month, which aims to focus on the broad scope of health issues that men face. Whether these are physical or mental issues, big or small, the significance of the month aims to get men talking to friends, families, colleagues and each other when they face health issues. In an attempt to remove the long-standing ‘stiff-up-a-lip-man-up’ toxic masculinity bullsh*** approach to men’s health, charities, pressure groups and brands have come together to encourage open-conversations and affirmative action. We had a look at some of the most prevalent men’s health campaigns in our previous blog, which you can read here.

Also during June, we celebrate Pride and all the inspiring, brave and down-right fabulous members of the LGBTQ+ community, in all their glory. Whether you consider yourself part of the community or not, it’s a great time to learn more about LGBTQ+ people, the stories behind the movement that is Pride and get involved in helping to make a difference in the world, for the better.

Pride in London: Somewhere Over the Rainbow

The latest campaign for Pride in London takes a very real look at what it can be like being part of the LGBTQ+ community, including identity struggles, hate crimes, acceptance from family and many other issues, still faced by the community, focussing primarily on London and data derived from surveying the local community. Forty-six years since the very first London Pride, the organisation decided to highlight the wealth of challenges still faced by those within the community.

When speaking to LGBTQ+ people about their experiences and their daily challenges, it became apparent that although we have come so far and made such significant leaps, there is still such a way to go to reaching true equality and ensuring that LGBTQ+ people feel safe and accepted within the wider society. The Pride Matters survey revealed that despite marriage equality, nearly half of the London-based LGBTQ+ community had experienced a form of hate crime. In fact, hate crimes in London, have been increasing year on year, which has resulted in a 35% increase in reports of these crimes to the Metropolitan Police.

Pride in London: Somewhere Over the Rainbow

The Director of Marketing at Pride in London, Iain Walters said of the campaign “We need to take a stand and that’s what this campaign is really about. It’s about saying, things have improved, we’ve won a lot of battles but there’s a way to go because the experience of LGBT+ people is not entirely positive.”

Although many think of Pride as a big party and celebration, this campaign drives home that there are still significant improvements to be made in the ways in which society and the world views and treats LGBTQ+ people, not just during the month of Pride but all of the time.

Stonewall: Come out for LGBT

One of the most significant campaigns of the season was created for Stonewall, by the agency; Mr President. Launching as a cinema advert during Pride, the primary goal of the short ad was to encourage more people to be an ally and support the LGBTQ+ community. The black screen accompanied by the voice-overs likely represents the notion that allies shouldn’t be overly-acclaimed for behaving as such. With one of the key struggles in the LGBTQ+ community is establishing a voice and being heard, cis-gender and straight people should utilise their privilege in society to support and fight for the LGBTQ+ community, without the promise of recognition for doing so.

Stonewall: Come out for LGBT

The campaign was supported by a digital collaboration with the Financial Times and the Stonewall website offers some great advice on how to be an ally. The content details some of the basics to support those in the LGBTQ+ community and goes on to highlight the importance of going beyond LGBTQ+ allegiance. The site highlights that standing up against all discrimination should be included in being an ally, which includes discrimination based on race, disability, socio-economic status, religion and more.

In continuation of the ‘come out’ message, the charity Partnered with Amazon to develop an Amazon Alexa skill to provide even more platforms for voicing the LGBTQ+ messages. Users can ask ‘Alexa, Ask Stonewall how I can come out for LGBT’, and Alexa will share stories from the community and offer advice on how they can lend support.

In an attempt to rally further support, through education, behind the community, they utilised the virtual assistant to allow individuals to ask questions such as ‘what does the term transgender mean?’. Instead of referring to a definition found through search or a traditional dictionary, Alexa will refer to an aural LGBTQ+ dictionary developed by Stonewall which offers more informed answers. It will also point users towards resources to support them on a journey, asking ‘Alexa, am I gay?’ or similar existential questions, will prompt the voice assistant to direct the user to a range of supportive resources, created by Stonewall.

When IKEA collaborated with a group of Toronto drag queens for Pride Month, to create outfits from their product lines, the outcome was inevitably going to be a frenzied display of charisma, uniqueness, nerve and talent.

In a RuPaul’s Drag Race style challenge, each of the queens was tasked with creating a fashion-forward look using a different product including shower curtains, laundry bags, umbrellas and even lamps. This resulted in stunning content that took a new approach to use the IKEA product offerings to customise your life.

The campaigns were created as part of IKEA’s ‘Beautfiul Possibilities’ platform that aims to spotlight talent, inclusion and diversity. Head of Marketing at IKEA Canada, Lauren McDonald, said of the campaign “At IKEA, we believe in diversity and inclusion and want to celebrate the message of acceptance and self-expression that comes with Pride. Through the DRÄG campaign, we truly wanted to evoke the beautiful possibilities that exist when given the opportunity to be your true self.”

Did you catch our campaign round-up for May? Check it out here!