Our thoughts on America… aka Budweiser 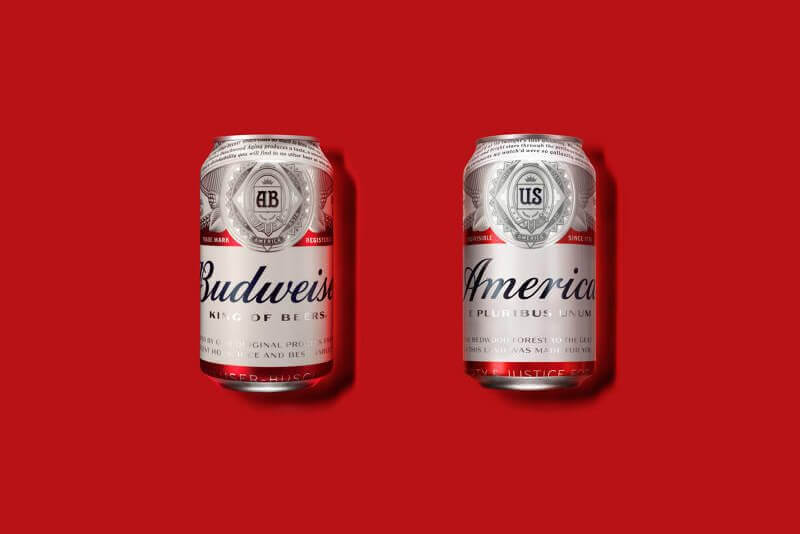 Patriotism and beer? Sure, there are some tenuous links there; those long hot summers (obviously we’re not talking about the UK) spent supporting your local team, where a beer is never too far from your thoughts. Or a family BBQ… like we said, tenuous. But one brand are taking things further. You heard it right. Budweiser are taking on the name ‘America’ until the November elections.

On first glance, the packaging looks comical, is this an display of irony? Or just a bit of cheese like the whole Coca-Cola name thing? Unfortunately, we think not. It appears the ‘all American’ beer has sold its soul to jump on the bandwagon of one of the most controversial political periods of recent history.

Each year, Budweiser produce American inspired designs for their cans, but the fact this year’s campaign is extended to the November elections for some reason doesn’t sit so innocently. We’re sure their sales will increase – which after all, is the main point. But what brand genuinely wants to associate itself with the current landscape of America, where there’s talk of building walls to keep people out?

A couple of the LITTLE team had an opinion:

“The current political landscape in America is a complete circus with Trump dominating the election coverage with his particular brand of headline-grabbing quotes. I think it’s a tacky and ill-considered move by the brand.” – Becca, Account Manager

“It is it seems to be re-naming something for all the wrong reasons. Visually it looks great, I mean it’s not like it was a huge job anyway as they already have one of the most recognised beer brands on the planet. I don’t think looking at it patriotically is the right way to do it as they are steering the brand image into a different direction all down to the fact that going into a bar or pub and asking for an ‘America’ and not a ‘Bud’ sounds wrong…’ Matt, Designer