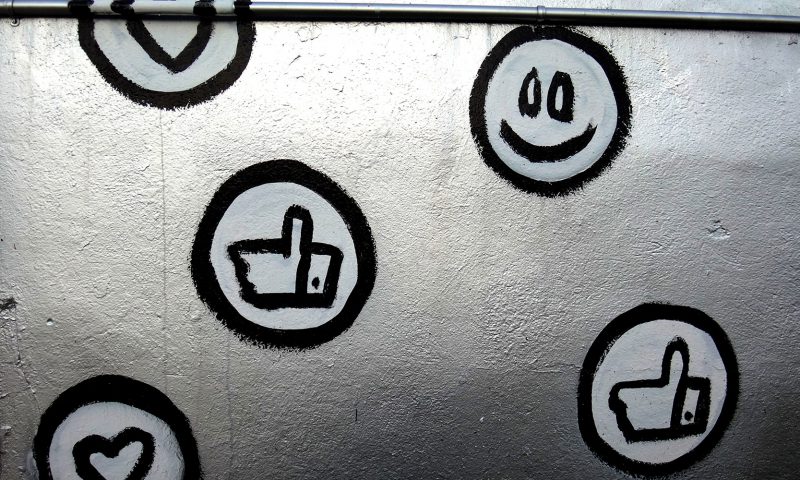 It’s no secret that I’ve been outspoken about influencer marketing in the past. Some may say

I’m not a fan of this relatively new marketing activity – but it’s just not true.

Generally, I have no problem with influencers, as long as they’re ethical in their decision-making and the brands they work with. As the industry has grown, the popularity of mainstream, macro-influencers has started to wane.

Brands have started switching up their marketing strategies to revolve around (aptly-named) micro-influencers.  A micro-influencer is an individual who has anything between 2,000 and 50,000 followers. These individuals have smaller, more loyal followings, and are generally more-responsive because they’ve been grown steadily over time. Micro-influencers are dedicated to serving these audiences with authentic, genuine content.

Even though it sounds detrimental, this shift to ‘real content from real people’ could mark the start of an exciting time for influencer marketing. In spite of the waning interest in mainstream influencers, influencer marketing is still one of the fastest-growing acquisition channels. It generates 6.5x return on every dollar spent and offers a 37% higher retention rate than other marketing activities.

Despite this, we should still approach the future of influencer marketing with cautious optimism. There’s still a long way to go before the industry is as transparent as we’d like it to be. Brands and influencers are still engaging in haphazard and reckless partnerships, and the ASA is still (rightly) cracking-down on influencers who don’t #Ad or #Gifted.

The evolution of influencer marketing

You may think that using influencers is a relatively new premise – but you’d be surprised. Brands have been working with influencers to push their products since the turn of the last century. They just haven’t been a revolutionary force in marketing until now.

From there, brands started adopting characters to make themselves more easily-recognisable to consumers. Coca-Cola reintroduced the world to Santa Claus in 1923 (and has been reminding us that the holidays are coming ever since). Kellogg’s also established Tony the Tiger as the face of Frosted Flakes in 1952.

Today, influencer marketing has established itself as a driving force in the modern marketing mix. From ‘normal’ people to celebrities, brands see influencers as a massive opportunity for their products to make their way into the hands of people they’ve not approached before.

A shift in attitude

With this shift to micro-influencers comes the next phase of influencer marketing: user-generated content (UGC). UGC revolves around utilising your brand’s audience as influencers themselves. As the handy diagram below illustrates, integrating UGC into your brand’s wider marketing strategy can help boost your engagement on social media, as your customers will basically be doing the work for you – which is a marketer’s dream!

The handy diagram, courtesy of our Marketing Manager, Grace

In 2017, Nielsen’s Consumer Trust Index revealed that 92% of consumers would trust organic, user-generated content, more than they would trust traditional advertising.

This statistic proves that, for the first time in marketing at least, customers are now dictating how brands should be using their marketing channels.

Earlier this month, Made.com announced its intention to increase the amount of UGC from “authentic advocates” (better known as ‘customers who actually bought their products, and weren’t #gifted them’) that featured in future campaigns, alongside the brand’s influencers. This shift to authentic content from real customers looks to establish Made as a brand that works with everyone, not just ‘influencers’.

Furthermore, the prominence of influencers in social media can easily be attributed to the shift of power from Generation X to Millennials and Gen Z. Social media and the internet comes as second-nature to the younger population, meaning that they’re more likely to interact and purchase from brands who have an authentic social media presence, and work with the ‘right’ people.

Influencers have also evolved in a similar way over the past five years. For starters, being an influencer is now a feasible career option, when it used to be a labour of love that many people did alongside their full-time jobs. Initially, blogs were the primary platform for influencers, and revenue was generated through cost per thousand impressions (or CPM) advertisements. Now, revenue is generated through sponsored posts, brand deals, and endorsements, with the main focus being on visual platforms like Instagram.

The need for brands to spend millions on “understanding” social media and their audiences has now disappeared. And, as I covered in my last blog, marketing to ‘young people’ really isn’t as hard as your brand thinks it is.

“But,” I hear you say, “Haven’t Glossier been doing that since, like, forever?”

Glossier, the American direct-to-consumer beauty brand, has been ripping up the marketing playbook since CEO Emily Weiss founded it in 2010. With their range of subtle and sheer beauty products, Glossier has been a driving force for the “Instagram Makeup” movement, where audiences can find reviews and product endorsements with just a few swipes through the target audience’s choice of social media platform.

Plus, Weiss regards every Glossier customer to be an influencer in their own right, in addition to the brand’s 500-strong army of representatives (influencers). Working with such a diverse range of influencers allowed the brand to generate more than 75% of its sales in 2016 from organic sources. Later that year, Buzzfeed noted that even though Glossier employed marketing tactics, they were so subtle that customers hardly noticed.

Well, let me put it into perspective for you: Influencer marketing is set to be a $10bn industry by 2020. That’s less than three months away.

As a brand, it’s worth remembering that your audience is savvy, and can tell when promotions are based solely on a contract. Make sure you’re always working with individuals who are passionate about your brand and what it represents. Failing to do this could put your brand integrity (and the influencers’ reputation) at risk. Plus, it’s always worth keeping in mind that an influencer is more likely to give an authentic endorsement because they like the product – not just because they’re being paid for it.

Despite my concerns, it seems like integrating influencer marketing into your brand’s wider marketing strategy is proving to be an opportunity too lucrative to miss. Integrating more user-generated content into your brand’s presence on social media allows your brand to appear more authentic and reliable – while promoting the accounts of your followers and opening them up to a previously unreachable audience.

Ultimately, connecting with the right influencers and forming meaningful, mutually-beneficial relationships with ambassadors and customers alike can help you reposition your brand as a disruptor in its industry.

Just don’t do anything stupid that could ruin it.