Will marketing make or break The Hundred? 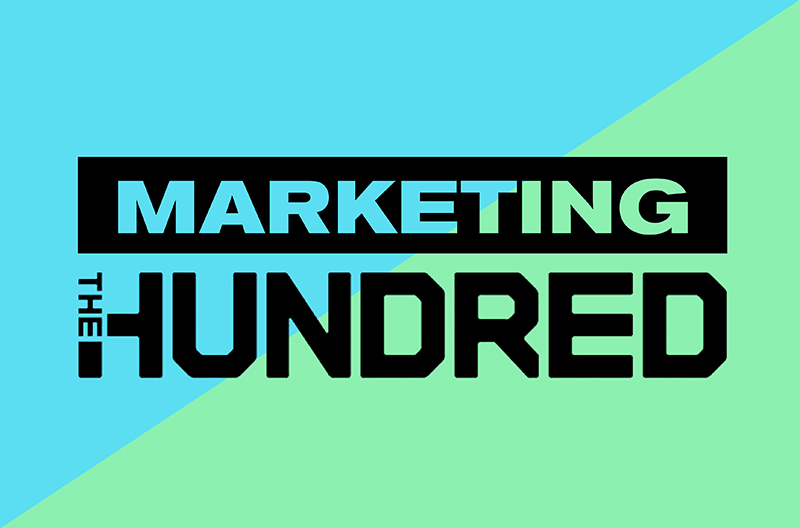 We’re now over three-quarters of the way through the inaugural season of The Hundred.

Boasting eight brand-new teams, a host of big-name players, and some good, old-fashioned, family-friendly fun, The Hundred seems to have gone down as a resounding success (so far) with a generation of new fans.

To the traditionalists, however, it’s quite a different story. They’ve scoffed at the gimmicks, the bright colours and the enthusiasm. Cricket is a sport steeped in tradition and heritage – but that doesn’t mean it should shy away from being something new or exciting – right?

A brief history of cricket

Currently, there are three main forms of cricket played across the world:

As history suggests, Test Cricket is the OG, the one valid format of the game… but who has the time to sit and watch a game of cricket for more than a day (or an afternoon)? Nobody under retirement age, that’s for sure.

(Unless it was Ben Stokes levelling The Ashes in 2019. I could watch that all day.)

And, it seems the fans had the same idea. When T20 was launched in 2003, it was because there were no new, young fans attending matches. Fast-forward to the present day, and there’s no denying that T20 has been a resounding success.

So, where does that leave The Hundred?

What makes The Hundred different?

Announced in 2019, The Hundred is a brand-new cricket tournament format. Consisting of 100 balls per team, it ensures a faster-paced, more energetic spectacle for audiences. Not to mention, it’s bringing the traditionally ‘older’ sport to younger audiences.

So, what’s not to love? Well, seemingly, quite a fair bit.

The first seeds for The Hundred were sown in September 2016, when the first-class counties voted in favour of the ECB’s plan for a new, city-based competition, that would help encourage more young people to start playing the game.
In October 2019, the ECB announced its intentions to launch The Hundred in summer 2020, with eight city-based sides, and 100-ball innings. There was to be a 25-ball Powerplay, one strategic timeout per innings (much like the IPL), and the sneaky rule that a new batter would come in on strike.

Of course, these rules were going to upset the classic cricket fan – there’s a reason Test cricket has withstood the test of time, after all – but there was one issue with The Hundred that I struggled to ignore.

No other format of cricket has quite gone to the lengths to simplify the game as The Hundred has. When rumours started circulating that wickets would be known as ‘outs’ during the competition, the outcry was more than justified. How do you expect to open the sport up to a new generation of fans, if they only understand a particular format?

Disputes aside, The Hundred has had a radical overhaul of the traditional branding for cricket tournaments, including a controversial new layout for the on-screen graphics during the games. It certainly appeals to our design eyes and has done its job in attracting me to pay some attention to it.

THE MOMENT WE HAVE ALL BEEN WAITING FOR! 😍 #TheHundred pic.twitter.com/zD4nxqCa2r

The teams all have very on-trend logos. Each of the 8 teams has its own type lockup and accompanying branding elements, creating 8 very different identities. Reminiscent of American sports teams, they utilise high energy words like ‘Invincibles’ and ‘Rockets’, which definitely blows the traditionally reserved, Sunday afternoon aesthetic of the sport out the water!

With all its shiny new graphics (and almost sensory overload of colours, team names, and sponsorship opportunities)… it’s essentially no different to T20 – except it feels a lot more fun.

Take this expert placement of the Sure logo on the umpire’s uniform – it’s nothing shorter than a stroke of marketing genius:

Sure has been visible at grounds around the country too! Anyone else spotted that underarm umpire branding yet… 👀#TheHundred pic.twitter.com/cB3JsFQeNd

And, the tournament’s main sponsor is KP Snacks (no, the irony hasn’t been lost on me, either) – but there isn’t so much as a whiff of a gambling logo anyway. For years, cricket has been locked behind paywalls, neglected in state schools, and soundtracked by Neil Diamond (okay, I’m not mad about the last point).

It’s not only refreshing to see stadiums packed with spectators – and families in particular, especially in the wake of the events of the past eighteen months – but The Hundred is inherently more family-friendly than other formats of the sport.

Can you get too much of a good thing?

In theory, The Hundred is a great answer to help pique a whole generation’s interest in cricket – with broadcasting rights shared between the BBC and Sky Sports, shorter-format matches aren’t hidden behind a paywall anymore.

The problem, however, is that The Hundred is still taking place alongside other formats of the game.

Let’s look at the T20, for comparison. The first T20 tournament was played over eighteen days.

Nowadays, England’s T20 Blast season takes place over months (it kicked off at the beginning of June this year, and won’t be over until Finals Day on 18 September). Unlike in the Indian Premier League or the Caribbean Premier League, the world’s best players – from India and Australia – aren’t available for that long, meaning that our Twenty20 teams miss out on that talent.

The Hundred is running until 21 August, with anything up to four games per day (that’s sixty-eight games over five weeks). Scheduling issues with other formats are inevitable (not to mention the unreliability of the good old British weather). Is match attendance sure to suffer as people become oversaturated with cricket?

There’s no doubt that the new format of the sport has been a resounding commercial success for new and old fans of the game alike.

The Hundred’s success wouldn’t have been possible without its marketing efforts. It’s been unequivocally designed and aimed at a younger, more diverse audience – which is precisely what cricket needs.

Sure, existing fans needed to be won over by The Hundred, more than they needed marketing. Suppose you were a fan of Jonny Bairstow, Jason Roy, Nat Sciver, or Tammy Beaumont before The Hundred. In that case, you were probably going to watch this new format anyway.

Arguably, the goal was to score a new generation of fans – and I definitely think that’s been smashed out of the ground.

What does iOS14 mean for paid social?