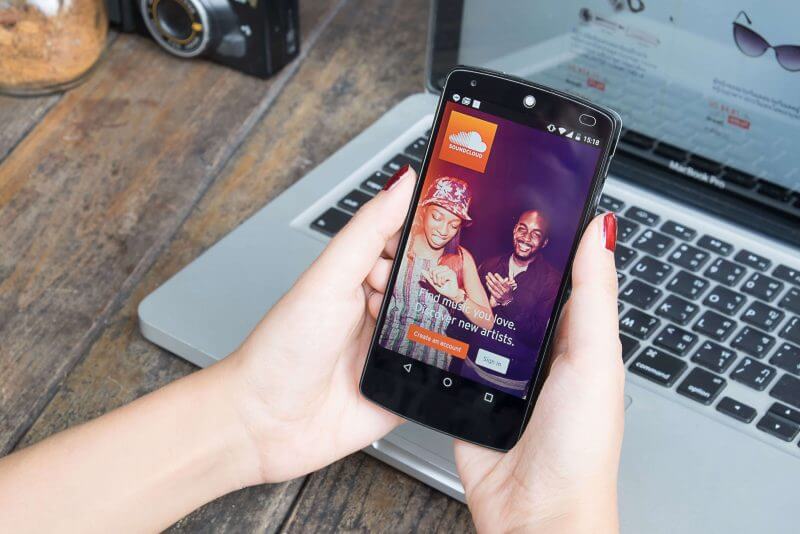 A nice new update has just happened over on Twitter – fans can now listen to music uploaded by their favourite brands and publishers via ‘Twitter Moments’. It’s all part of Twitter’s continued push for ‘seamless integration’ and seeks to enrich user’s experience with music provided via Soundcloud.

At the moment, Twitter only supports Soundcloud posts via their cards but this new tweak means that those with access to create moments will be able to share entire playlists within their tweets and they will autoplay when users swipe through moments on mobile. 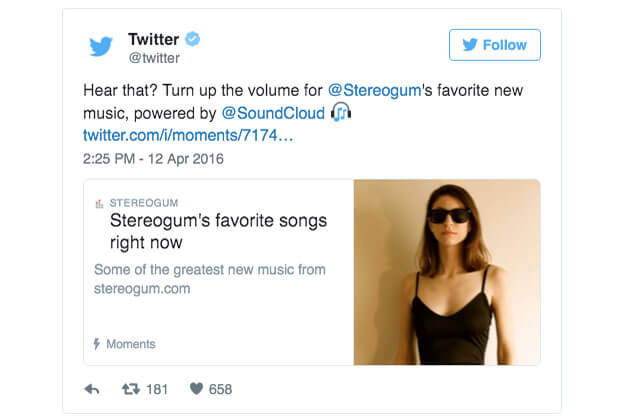 Media owners Thump, and Stereogum have already launched playlists of their own, and it will be interesting to see who takes advantage of this new feature, what do you think? Is this a handy update, or further proof that Twitter is trying desperately to stay relevant in a world where people are increasingly falling out of love with the platform? We’d love to hear what you think, drop us a tweet and say hi!