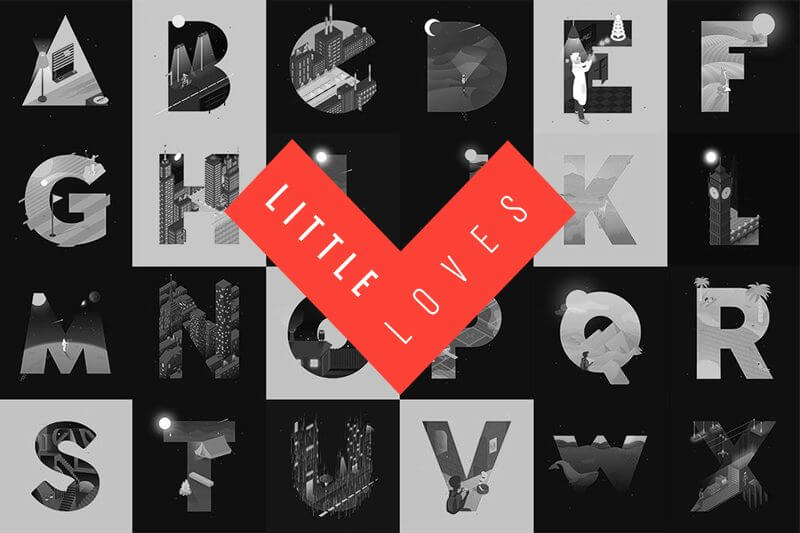 36 Days of Type, you’ve either heard of it or you haven’t… if you haven’t then let me give you an insider’s introduction to the project that has tightly grasped the Instagram design community over the past three years.

Each year, from March 29th thousands of designers align their busy schedules to make time for 36 Days of Type, an open project conceived by Spanish graphic designer’s Nina Sans and Rafa Goicoechea. Imagine, a single letter or numerical character from the alphabet, now imagine creating that letter or number in any style, form or variation possible. This is the premise behind the project, 36 days of pure creativity and experimentation, running from A-Z and then 0-9.

Now in its fourth year, with over 118k followers, the event has become an annual highlight in the calendar of designers across the globe. 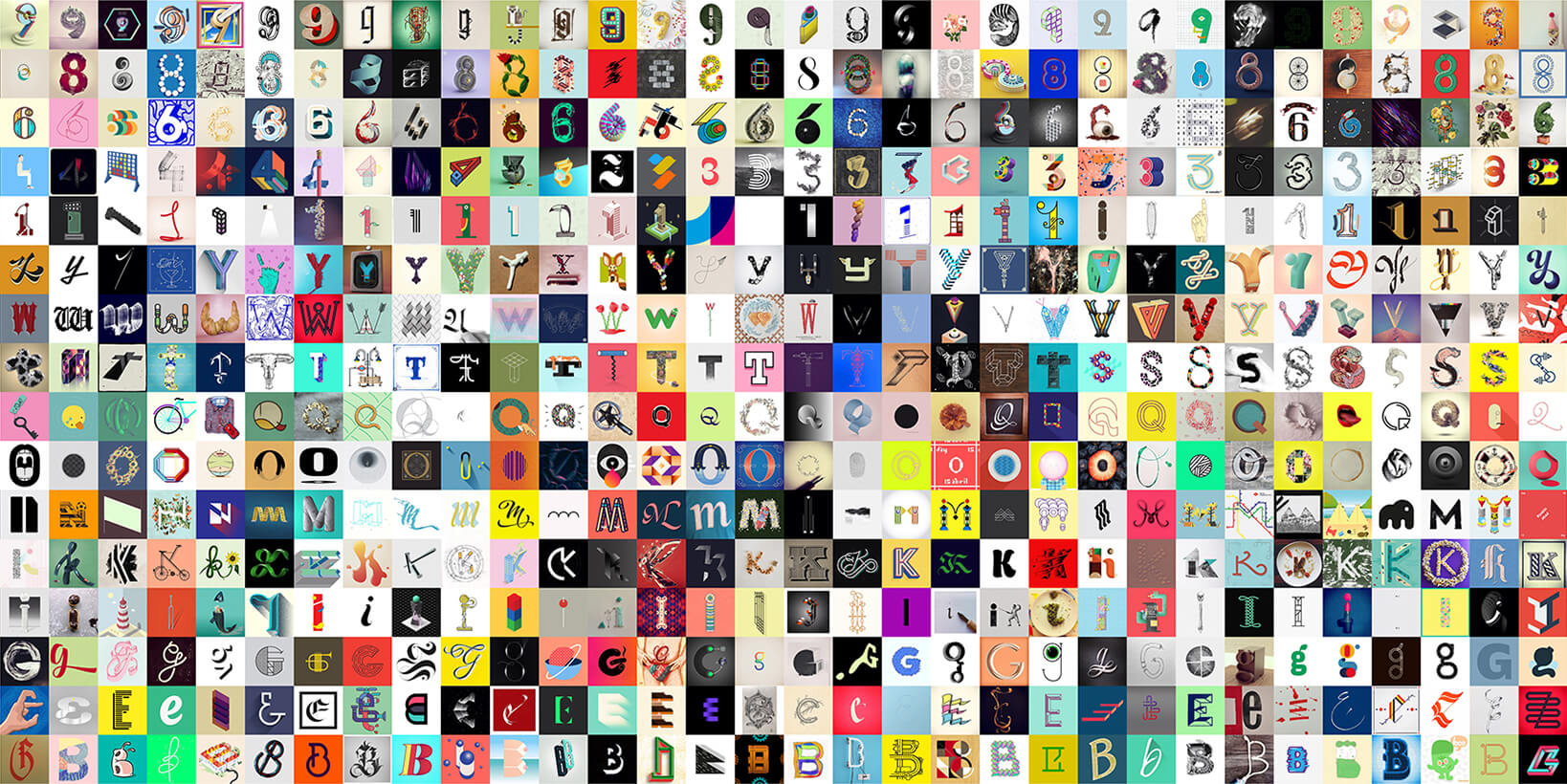 Using the power of the hashtag, and a dedicated curated Instagram gallery, the team behind the project select a small handful of designs from the thousands of daily submissions per letter and number to feature on their gallery as a roundup for the day, which is an achievement in itself. The project really does bring together the entire design community of Instagram, this I believe is the true beauty of the concept. Even if you aren’t selected to feature on the official 36 Days of Type channel, you can search by the daily hashtags (#36days_a for example) and connect with thousands of other crafters, 3D modellers, photographers and illustrators… the list goes on! Some people choose to create a set of matching submissions, tieing their project together visually, whereas some people use those full 36 days to experiment and push themselves to create something different every single day. Even after the first day, you have complete access to a growing library of interpretations from people across the globe, even to this day over 272,000 designs are still viewable on Instagram, just by searching the related edition hashtag or character tag. 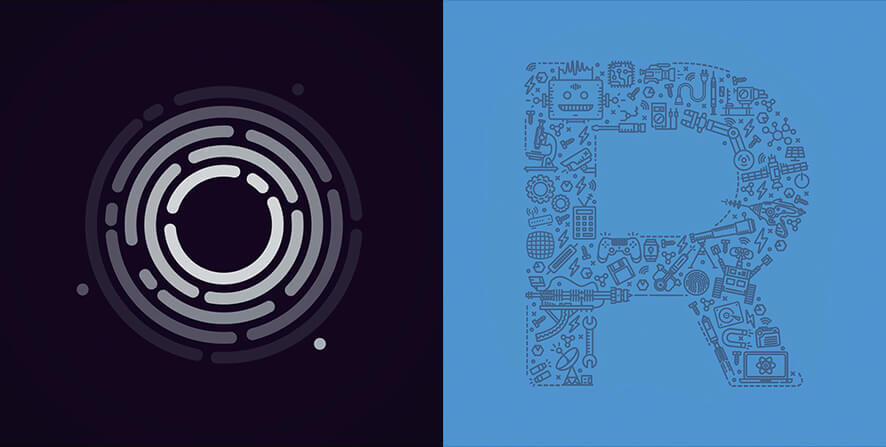 By the time I came across this project in 2016, it had already progressed through 15 days of the the cycle, landing on the letter O. After two miserable attempts at some of the remaining characters (O & R), I dropped the project, convinced I would be ready for Edition 4 in a little under 11 months, and that’s exactly what I did. March 29th 2017 soon came around, with it kicked off Edition 04 of 36 Days of Type along with my first day submission. What started off as a style experiment for the Letter A soon developed into a first day feature on the channel and a precedent for the remainder of the challenge. From deserts and cities, to oceans and laboratories, each day brought a new challenge and another opportunity to step up the detail and complexity within my submissions. I was fortunate enough to have five of my designs featured during the 36 days up against thousands of other designs from exceptional designers each day.

By the end of the challenge, after racking up an insane 140 hours of design time across the 36 days – it’s safe to say I was mentally drained! However with over 14,000 likes across the posts I put out there, connections with over 1,500 new designers and industry influencers AND a handful of freelance illustration projects; I would consider it one of the best and most rewarding design challenges I’ve ever taken on. 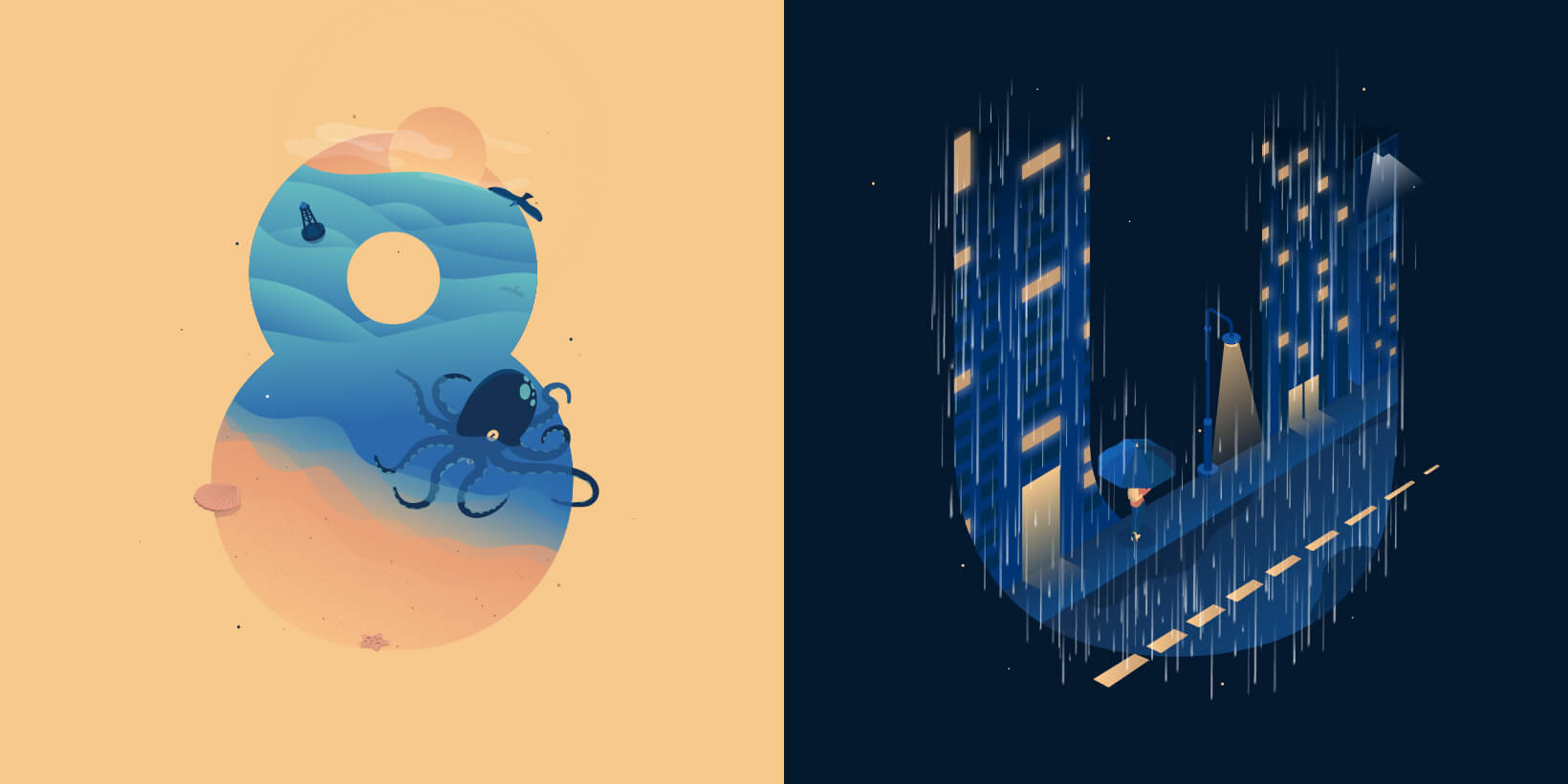 Now, for all of you budding designers out there thinking of giving Edition 5 a go next year, here’s a few tips and tricks I picked up on throughout the challenge, from a digital illustrators perspective.

1. It’s all in the planning

If you’re going to attempt the full challenge, it’s a good idea to plan a few days ahead or at least get a few rough sketches down about how you’re going to produce a particular character. If, like me, you plan on creating each letter the day prior to its submission date, it truly helps having that base idea to work up from, to save you staring at the screen for hours on end and scrambling together a design at 11.59pm (A little like H, R, T and 9 for me). Even though sometimes those last minute rushed designs do still get featured, especially ones with cats in… which is a win win! 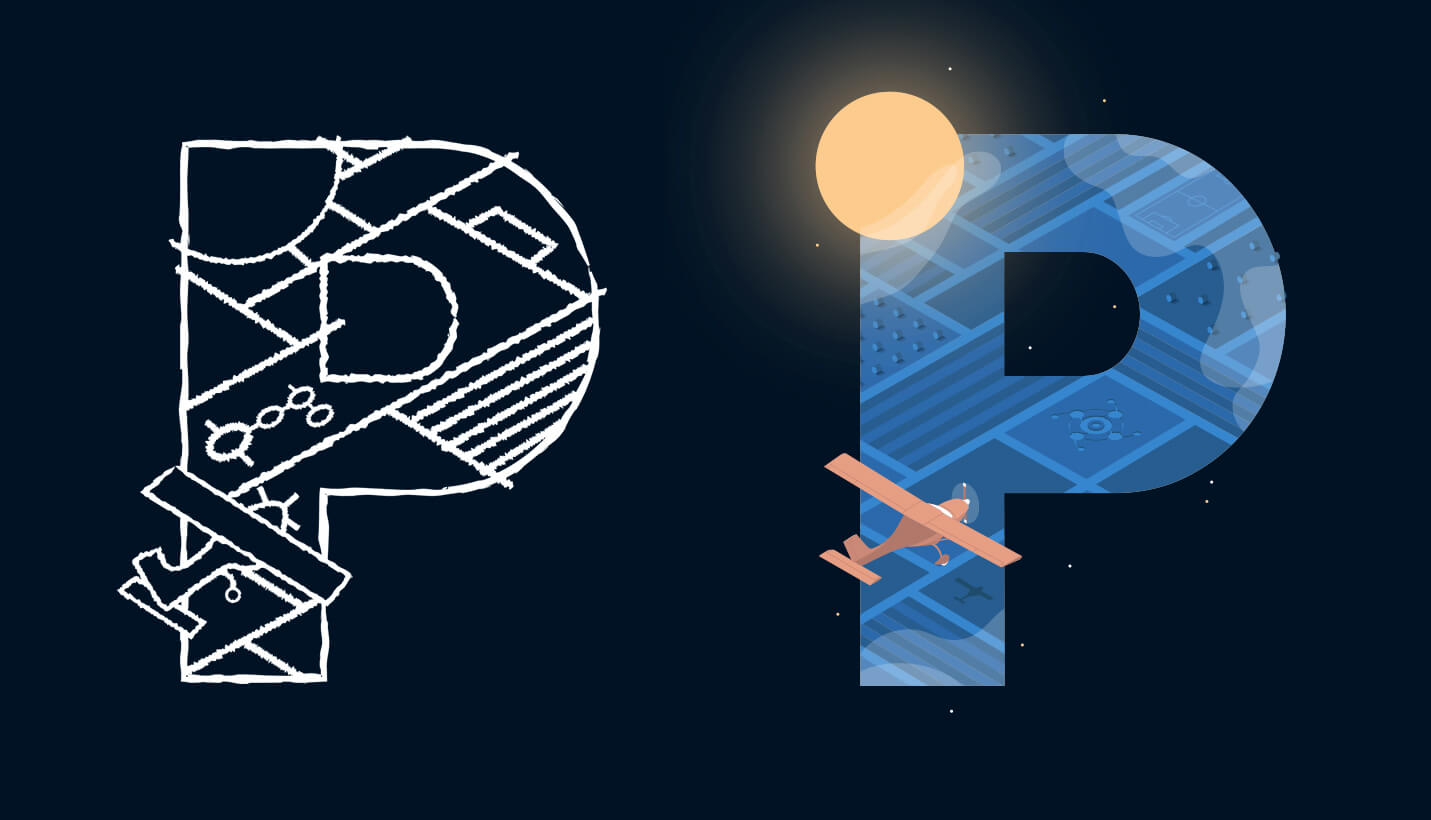 We all love a beautifully crafted letter with layers of detail and features. However, these things can take up a whole lot of time, and your post is only going to be viewed on Instagram at a mobile screen size… so don’t sweat It! Remember, those details you spent time creating may get lost, If you have the right balance of detail and you don’t go over the top, then you’ll no doubt get a positive response from the community – without the 47 layers of texture you thought you needed. 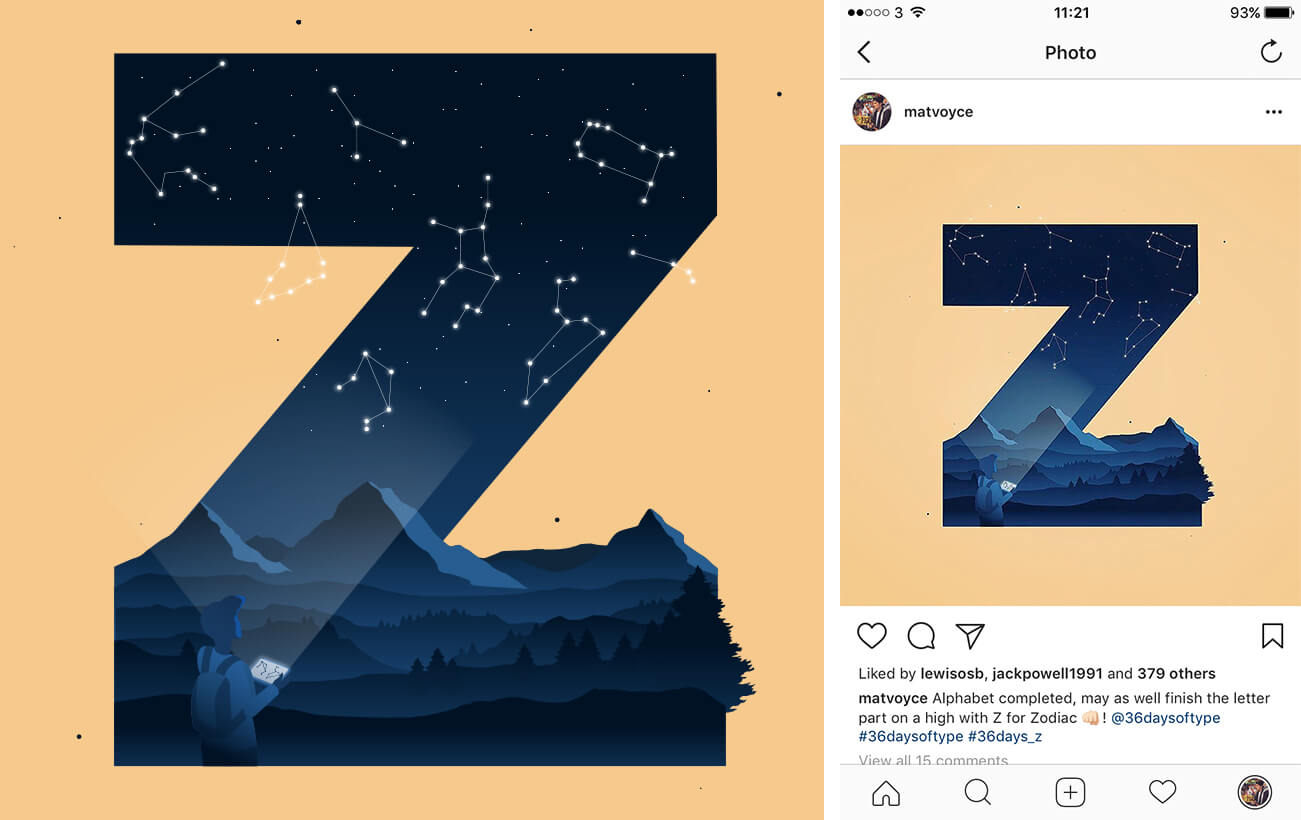 3. Be respectful of others views, religions, genders… JUST BE NICE OK!

This may seem like an obvious point in the world we live in today, but just make sure anything you create isn’t going to have a negative effect towards anyone or offend people – that just doesn’t have a place in the world today, and you certainly won’t be greeted with open arms or positivity by the others designers across the globe. 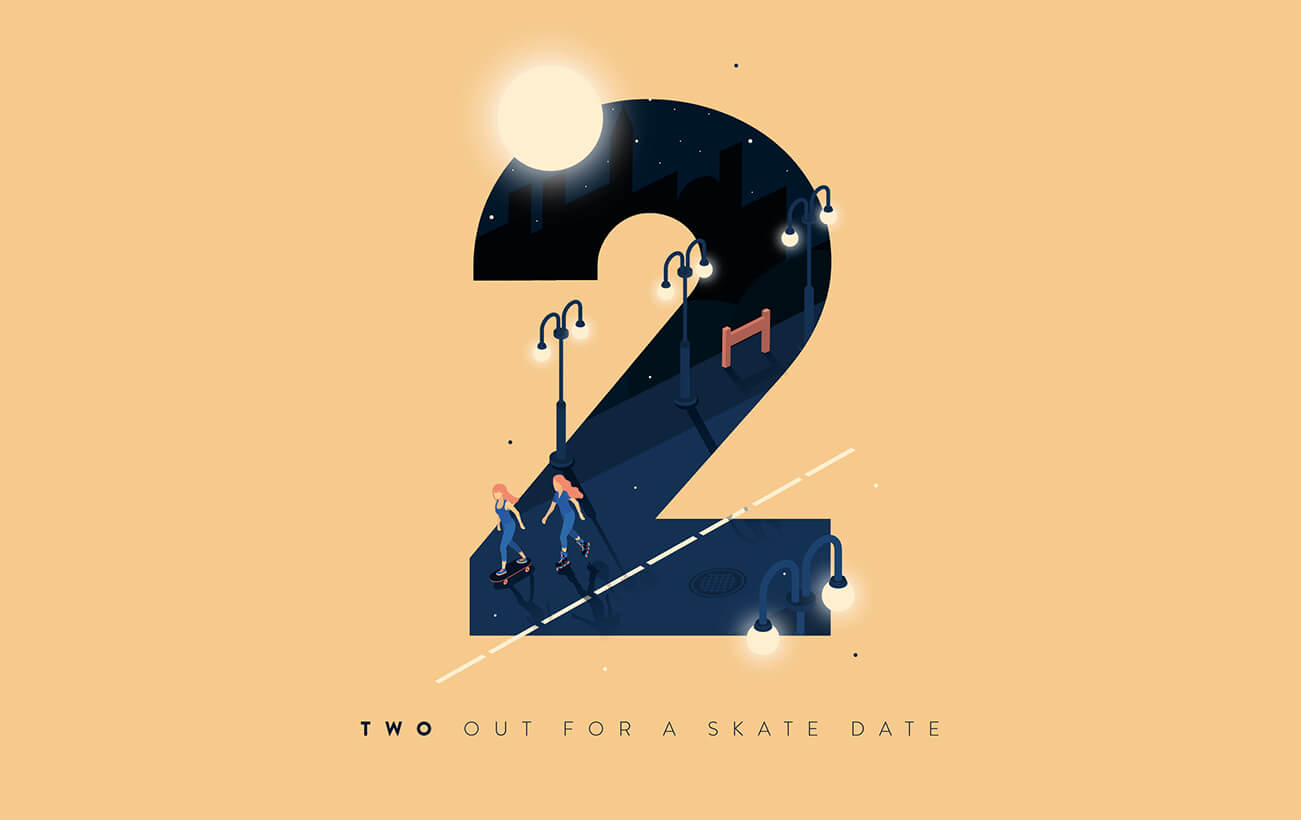 4. What if my designs look the same as someone else’s?

With thousands of other designs being submitted each day, the odds are, you may well produce something that looks similar to another design. But DON’T WORRY. The fact is unless you have directly copied another design yours will be different in one form or another. The project is all about experimentation and is not launched to raise any profit, so enjoy the experience and take on board the different ways other designers have created something similar, you never know, you may even gain a new friend – or at least a follower.

5. Having a theme makes life so much easier

If you plan to use a single colour palette, illustration style or theme running through your submissions, you will save yourself an abundance of time and stress. It will make things much easier in terms of preparing for your next day if you already have your letter styling sorted. Again this comes back to tip 1; plan your future designs and try to get ahead a day or two, because when you start to hit the day 20 mark, you may find it starts to get difficult finding the time to create great designs… especially if you’re spending 2-4 hours per letter or number! 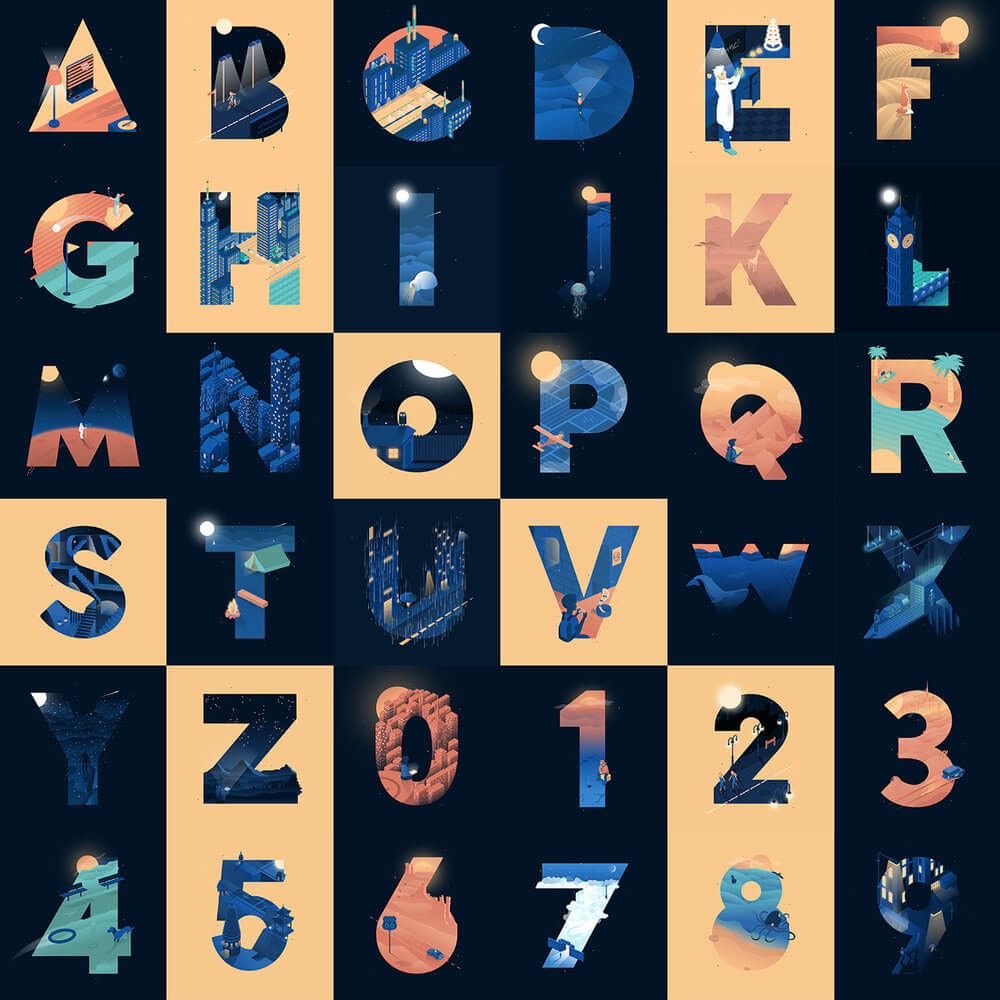 You have a little over 7 months to prepare for Edition 05, get planning, get preparing and good luck… it will come around soon enough!