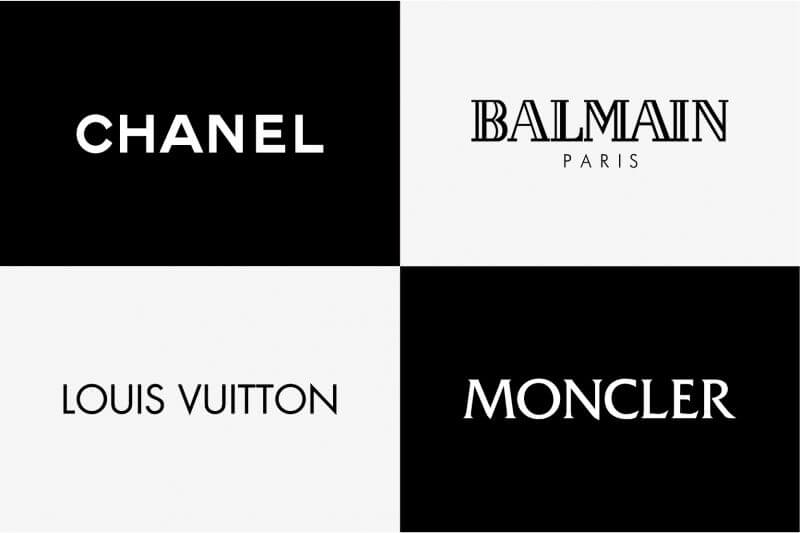 Luxury brands have finally emerged from their cocooned highbrow environments, and are embracing the digital age. Gone are the days when it only took a glitzy window display and a sensation of elusive exclusivity to draw in the luxury fashion seekers. Mainstream brands have dominated the digital domain, and with the border between high-street and high-end breaching, luxury fashion brands are striving to retain their traditional cachet, while adopting a more seamless strategy. 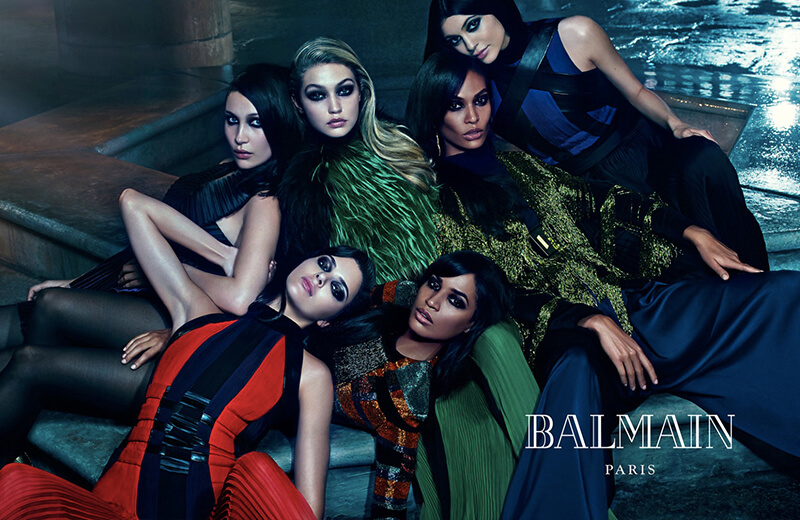 Balmain has been at the forefront of clever marketing techniques since it was founded in 1946, but it wasn’t until 2015 when the fashion house recognised the power of the millennial demographic. Its creative director wanted its first millennial targeted campaign to focus on inclusivity, and so, the infamous Balmain X H&M collaboration was born. By infiltrating the high-street, the brand briefly switched from aspirational to accessible, allowing the H&M shopper to experience how it feels to be a ‘Balmain customer’.

The results of the campaign were the most significant out of any H&M collaboration. Balmain measured billions of media impressions as a result of the venture. On Instagram alone, the collection was tagged with the official hashtag over 80,000 times. This reach boosted Balmain’s platform, creating a positive brand perception and driving customers to H&M stores. Unlike other luxury collaborations, the collection was debuted to months of hype, including lookbook leaks and celebrity endorsements, promoted on both Balmain’s and H&M’s social media platforms. The power of the pre-marketing lead to online sales selling out in 6 minutes.

Luxury relies on brand values, consequently, luxury brands market towards a clientele whose beliefs align with their own. Balmain continued to target its youthful audience when it introduced its ‘Sisters Campaign’, starring the likes of the Jenner and Hadid sisters. The collaboration between one of France’s oldest fashion houses and some of the biggest social media influencers captivated Balmain’s aspirational consumers, and reformed its antiquated brand image. By recruiting high profile public figures associated with the brand, those of whom host their own highly successful accounts on multiple media platforms viewed by youthful demographics, the campaign went viral across social media, generating excitement amongst followers. The campaign allowed Balmain to portray a desirable lifestyle, creating a ‘legacy’ concept, leveraging the brand to being one of the most recognisable luxury fashion houses today, building the Balmain customer base of the future.

Chanel’s iconic marketing history began with a print advertisement for its perfume, Chanel No.5, in 1921. Its first celebrity endorsement didn’t feature until 1954, with Marilyn Monroe. However, it wasn’t until 2005 when Chanel first adopted videography, and from here, the rest is history.

Despite not adopting social media and integrating the platform with videography until 2009, its marketing strategy is nothing short of stupendous. Selecting admirable public figures such as Keira Knightley and Nicole Kidman to star in Chanel’s unmistakable short films, revived the brand as an iconic symbol of both cultural and digital relevance.

With the use of video and social media integration, Chanel has grown to having more than 57 million social followers globally, the highest in the luxury fashion industry. The brand focussed on Facebook as their initial social media platform, due to the video capabilities such as extended video length, that Twitter and Instagram do not support. For the brand’s primary consumer, the more wealthy and mature client, Facebook was the ideal platform for accessing this demographic. However, in an unexpected move, the brand has recently announced its collaboration with the e-commerce platform Farfetch. Chanel insists that it is not going to begin trading online in case the brand loses its perception of exclusivity, and instead the intentions of the partnership is to build a branded app, to help create a personalised experience for millennial consumers. 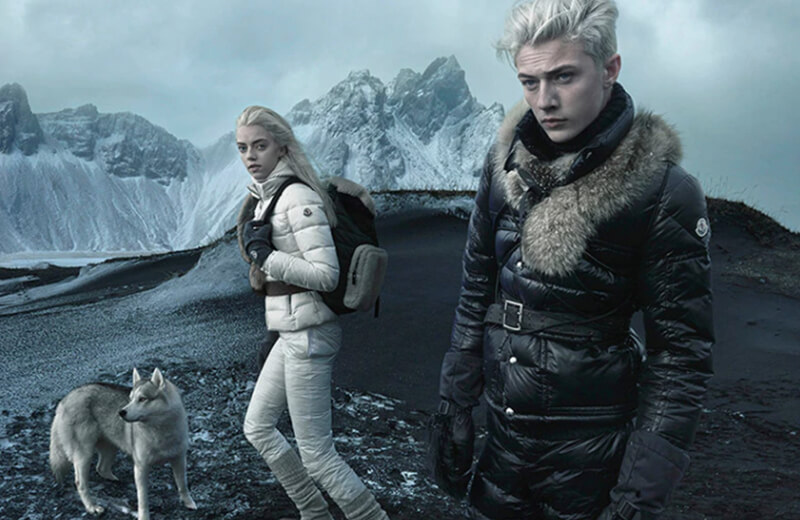 With the digital environment so unfenced, it can be difficult for luxury brands to know whether they are over-exposing themselves, and in the process, losing their position as an ‘exclusive’ brand. Luxury outerwear brand Moncler has recently announced its departure from fashion week, pushing puffers off the catwalk and surrendering all launches and advertising to digital marketing. By doing so, Moncler is altering the perception of what is expected of a luxury fashion brand, and conforming to its younger audience and their digital marketing requirements.

Moncler has invested heavily in its omnichannel marketing, but the area in particular where it has optimised the most is within its media investments. Since its withdrawal from the catwalk, the brand has focussed on increasing its online offerings by understanding buying habits, through PPC campaigns, which has allowed the brand to continue to reach new customers through organic means as well as retarget existing customers, utilising demographic research to expand their reach. Moncler’s social media activity has also boomed, with the brand taking particular interest in ‘stories’. This characteristic, now available across the majority of social media platforms, allows luxury fashion brands to broadcast real-life content instantaneously, providing its followers with even more access to this exclusive world. 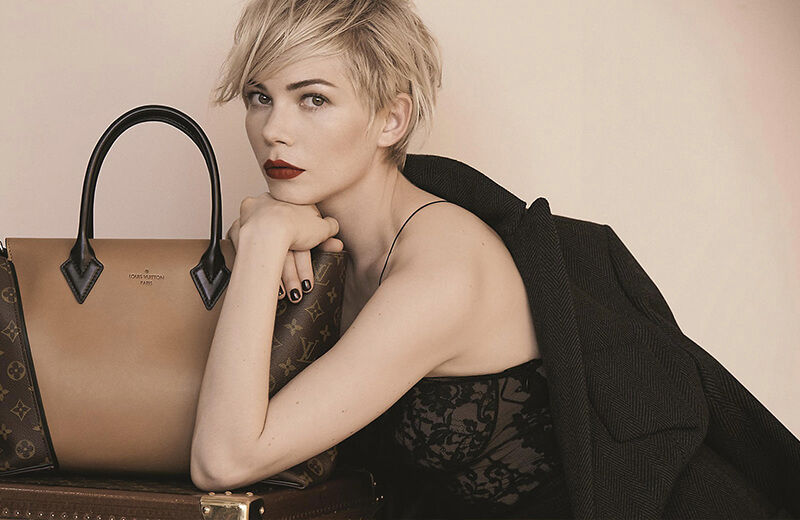 As consumers engage with a brand, it is imperative to capitalise on interactions. Louis Vuitton, acclaimed as the world’s most valuable luxury brand, has modernised its brand identity, blending heritage with modern desires via social media. An example of this is Louis Vuitton’s movement into app generation. Louis Vuitton’s app immerses users into the ‘World of Louis Vuitton’, a digital library acting as an additional buying and marketing platform. The app provides exclusive access to Louis Vuitton events, such as fashion shows and product launches. The app also hosts a feature, relatively new to the world of digital marketing, Chatbots. This tool, integrated into the app, enhances the customer service experience. Research found that since 2013, the amount of time spent on apps has grown from 80% (2h6m daily), to 86% (2h19m daily), whereas time spent on websites has fallen from 31m to 22m, suggesting why brands are so eager to incorporate apps into their digital strategy. 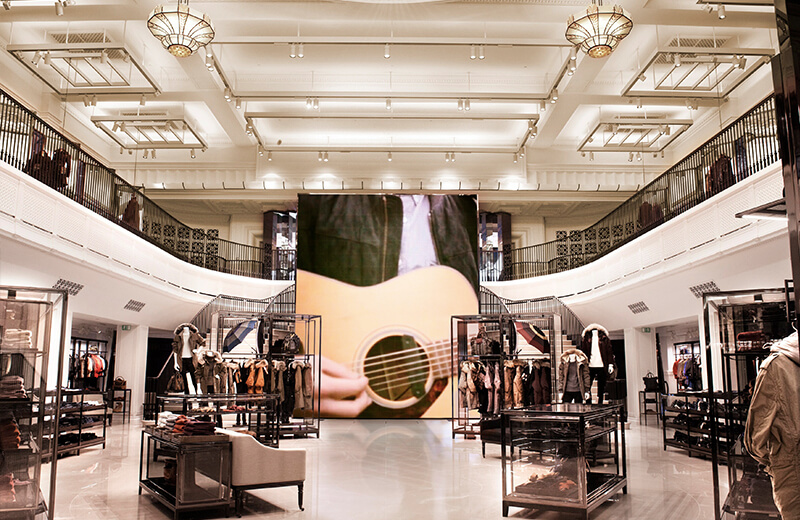 It is no longer enough to use bricks and mortar to sell luxury products. However, a brand that has managed to seamlessly blur both the physical and digital worlds is Burberry. Its most recent flagship store, on London’s Regent Street, innovates from the point of entry to purchase. The store provides an enriched digital experience, offering interactive mirrors that transform into personalised screens, as well as audio-visual content displays projecting live Burberry updates, creating an emotionally charged identity.

Burberry has celebrated its digital identity in many forms, but probably the most prolific would be the ‘Art of the Trench’ campaign. The Burberry trench is the most iconic piece in Burberry’s product portfolio and is instantly associated with the brand. The campaign encouraged user-generated content, by allowing Burberry trench wearers to share their looks on the Burberry website, providing them with 15 minutes of fame. As a result, the website was reaching 13 million hits per month by 2011. The campaign came in the wake of the street style photography trend. In recognising this, the campaign personified the brand and appealed to the younger, aspirational future consumer. 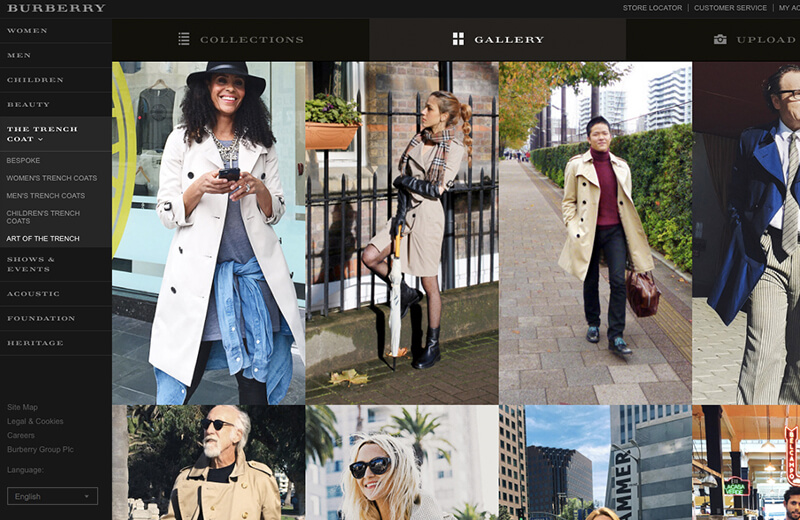 Burberry: Art of the Trench

To summarise, it is overdue that luxury brands embrace the world of digital marketing. However, their extravagant campaigns provide evidence that they are making up for lost time. Luxury brands should not shy away from this expanding medium but should focus on areas of digital marketing that are affiliated to the brand, its product portfolio, and clientele. Clear findings suggest that luxury brands are ultimately tailoring their marketing strategies to compete for the younger consumer, capturing their attention now, so that when they reach the point of a higher income, the brand has already imprinted on them, creating brand advocates before they are even able to make an actual purchase. To achieve this, it is likely that in 2018 we will see exciting and engaging digital marketing trends, with technology such as artificial intelligence and virtual reality becoming more prominent, even across the luxury sphere.