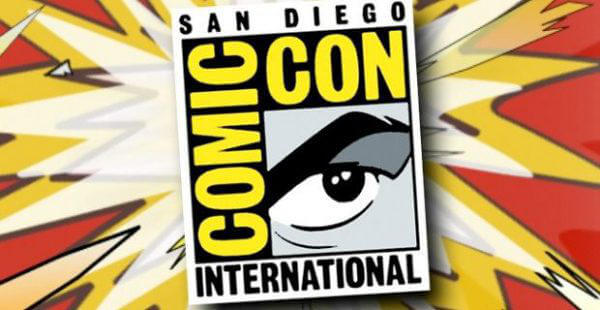 With the arrival of San Diego Comic Con comes the release of new trailers, sneak previews and above all else, the superior cosplay parades.

Stars from all of our favourite tv shows and films flocked to the annual San Diego Comic Con to promote their latest projects, sign autographs, pose for photos and attend panels and Q&A’s with fans.

Comics, costume and merchandise were, as always, packed in tight into the convention halls, offering fans the opportunity to get their hands on everything from replicas to action figures.

Warner Bros. pulled out all the stops to ensure fans got a real hands on experience when it came to promoting the next instalment of Blade Runner. The experience was one of the largest studio marketing events that the convention has ever hosted, transporting fans into a neon-lit futuristic Los Angeles.

The experience began with an Oculus Rift VR spinner ride that rushed attendees through the neon lit cityscape, ending up in a fully-immersive set, that will be familiar to fans as the streets once occupied by Rick Deckard. The experience was completed with sets straight from the upcoming sequel, a Johnnie Walker tasting bar, a noodle shop, replicant testing stations and a whole bunch of cast members who ensured the Blade Runner experience was fully immersive.

For Stranger Things fans, check out the moment during the panel when Shannon Purser, who portrayed ill fated Barb in season one storms the stage and demands to know if the character will re emerge in the next season. Fans cheer and the producers confirm that she will not return but there will be #JusticeForBarb…

If anyone knows how to get a crowd pumped, it’s Jason Mamoa, who charged into the Justice League panel like an absolute rock star and brandishing a trident that he proceeded to use to mimic a guitar. Alongside this epic entrance, the new Justice League trailer sent the crowd into a frenzy of excitement, along with the mere presence of fan favourite and Wonder Woman lead, Gal Gadot.

Marvel dropped all kinds of content and panels including; Thor: Ragnarok, Avengers: Infinity War (which isn’t available online yet!) and the eagerly anticipated snippet from Black Panther, which was as well received by the cast as the fans, with the group of actors hugging and celebrating over the overwhelming result of their work. Marvel also previewed their upcoming Netflix series, The Defenders, that sees the titular characters of four fan favourite and successful series, finally form one awesome team.

There are far too many previews at SDCC 2017 to list, so we’ve rounded up the more notable releases from this year. With Marvel and DC both vying for our attention at the end of the year and Netflix seemingly going from strength to strength, dropping exciting material, exclusive to the streaming platform.

Ready Player One has received mixed reviews, from previous critics of the book and now there appears to be significant backlash concerning the expectations of the film, using what little information we have from the trailer.

Some believe that the book offers a white washed version of ‘nerd’ culture, that doesn’t accurately represent the community and tends to take a Big Bang Theory “Bazinga” style stance on it instead. The trailer offers some interesting imagery and features a whole host of fictional favourite characters, however, it will all come down to the reviews following the March 2018 release.

The Justice League trailer brought us an exciting sequel to the not-so-popular Batman vs Superman, with an introduction to Aquaman, the Flash and Cyborg. The trailer also focused on the return of fan-favourite, Wonder Woman and of course, Batman.

The key takeaway from this preview was the lack of Superman presence – following his ‘death’ in BVS. Despite this, the departing scene featured Alfred speaking to an off-camera entity and if you’re savvy enough to spot it, a distinct red shoulder out of focus in the foreground. Let’s just jump the gun entirely and presume that Superman will make a comeback, right after he gets some sun… and we don’t mean a vacation.

Thor: Ragnarok brings us right back to the reason we all originally fell in love with Marvel series. Although the trailer introduces Hela, Norse Goddess of Death, it looks like it’s going back to the truly fun and flamboyant Marvel movie roots of old. A winning cast and a kick-ass soundtrack have pretty much already sold this instalment to fans, not to mention the brief snippet of an ‘articulate’ Hulk, it looks like the third Thor movie won’t suffer the same sad slump that Iron Man 3 experienced… or so we hope!

Death Note tells the story of a high school student who comes into possession of a notebook of the same name, dropped by a bored Shinigami, named Ryuk. The book grants the holder the ability to take a life from anyone whose name and face he knows.

The original comics, written by Tsugumi Ohba and illustrated by Takeshi Obata, were published as a serial in Weekly Shōnen Jump magazine and were later collated into 12 volumes. Death Note is another movie that has received a considerable amount of criticism and controversy, due to many claiming that the movie whitewashes what is originally a Japanese manga series.

An unexpected and wholly different Netflix original comes in the form of Bright. A cop-drama set in a very different Los Angeles that is divided up into sectors, inhabited by humans, elves and orcs. The film appears to focus on social hierarchy and structure, whilst incorporating the usual action packed car chases and explosions.

Will Smith stars as the leading character, a human cop alongside supporting lead, Joel Edgerton as his Orc counterpart, the first of his kind to join the LAPD. Nick faces discrimination from the humans whilst also taking the heat from his orc kin, whilst Smith’s character learns to accept Nick and overcome his own contempt and prejudice for the orc. The storyline looks to focus on the hunt for an ancient weapon that could bring about all-out destruction, to an already troubled world.

Gotham previewed a whole minute of new footage during the trailer, front-ended by four minutes of what was basically a recap of the first three seasons. Despite the short run time of actual new stuff, the footage shows all our favourite heroes and villains back in business, including the introduction of the fearsome Dr Crane, also known as Scarecrow.

The popularity of Netflix original series; Daredevil, Jessica Jones, Luke Cage and Iron Fist has lead to the formation of the New York based super group, The Defenders. Although there was no sign of the notoriously bad-ass character, The Punisher, studio execs have noted that his inclusion in the super troupe simply does not feel organic at this stage in the storyline, but we should see more of our favourite anti-hero soon enough.

Following a season that received mixed reviews and brutally relieved us of a number of favourite characters, The Walking Dead returns in October for the 8th season. The showrunners have expressed that they have taken on the criticisms from fans, regarding the slow and generally lacklustre stories that occurred between the first and last episodes of the previous season. The latest trailer sees the return of all of our favourite (still living) characters, gunfights, explosions, the tiger and an unexplained final scene of ‘old Rick’ lying in a bed.

If you’re a fan of the comic books, then you might be aware that this could be a nod to a potential impending shift in time periods within the story, however, we’ll have to wait until October at least to understand the wider picture.

Finally, Netflix bingers the world over have rejoiced over the new Stranger Things trailer – the first proper trailer to air since the series was renewed. It appears that the new season will be set during Halloween, with a heavy focus on Will after his return from the upside down.

We’re offered a small glimpse of Eleven at the end of the trailer, but with the presence of Millie Bobby Brown at the SDCC Stranger Things panel, and the fact she is ultimately the catalyst for the majority of the storyline, it would be fair to assume she’ll resume her position, front and centre, as one of the core characters in the series.

The whole trailer is crowned with the backing track of Michael Jackson’s; Thriller, aptly suited to the Halloween theme and the Ghostbuster suits donned by lead characters in the trailer.

Finally, it just wouldn’t be Comic Con without a parade of elite cosplayers. From movie and tv characters to anime and manga figures to video game favourites, SDCC sees the arrival of some of the world’s most renowned cosplay artists.