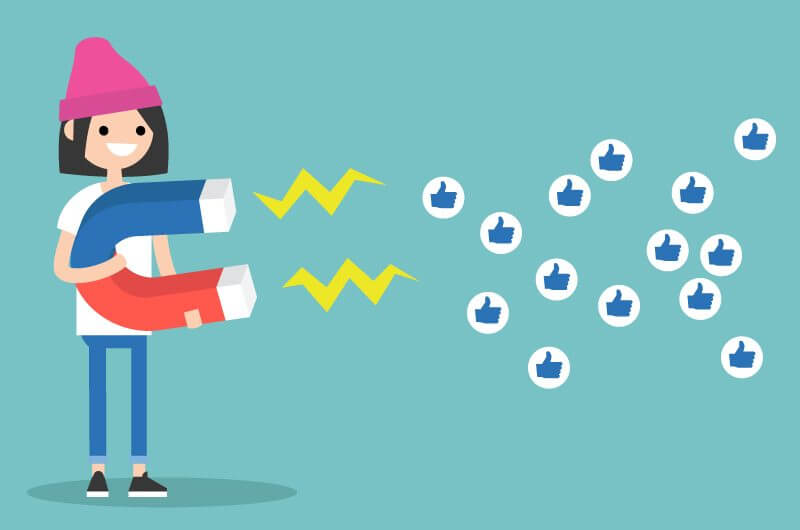 Here we are, more than halfway through the year and so far, 2018 has seen the death of organic reach on Facebook, the rise (and subsequent crack-down) of the influencer and over a million people called for Snapchat to redesign its redesign.

It certainly all seems a bit doom and gloom.

Nevertheless, there is still half a year to go, and social media development shows no sign of slowing down. As we hurtle towards the end of Summer and the start of Yuletide, it has got us wondering: what is going to be the next big thing in social media.

Long answer: AR found its popularity courtesy of Snapchat in September 2015, when they released their first Snap Lenses – but it wasn’t until Pokémon Go two years ago that we saw the first real-world application of the software.

Since then, AR has continued to gain favour on social media, with Facebook and Instagram introducing their own “lenses” in quick succession of one another. Brands have followed suit, with L’Oréal launching an AR app that allows users to trial products, and IKEA has produced an app that enables users to see IKEA’s furniture in their homes.

Several of the major social media platforms have formed partnerships with both brands and agencies, thus allowing them a greater monopoly in the development of AR-based advertising. Expect to see more advertisements that revolve around the interactivity of the filters in the coming months.

Is Artificial Intelligence going to take over the world?

Short answer: Not yet.

Long answer: There is still no need to fear humans are going to be replaced by Artificial Intelligence (soon, anyway). For the foreseeable future, AI will continue to support us in everyday life by identifying issues within businesses and testing content across devices and optimising internet content.

Expect to (metaphorically) see an increase in social listening in the coming months, which will allow AI to track the conversations users are having across the internet depending on the specific words, phrases or brands they mention, leading to the extraction of key metrics that can be used to enhance the overall strategies employed by brands.

Long answer: Internet users continue to watch more video than ever before. Youtube continues to lead this trend, as it boasts over a billion active users (a statistic that, in total, equals a third of the overall population of the internet). Video on social media continues to increase in popularity and relevance, with Instagram releasing the hotly-anticipated IGTV at the end of June.

The coming months will see an increased focus on portrait videos (something that Instagram/IGTV are pioneering) and over half of all video content is watched on mobile (leaving desktop redundant). Furthermore, social media users are increasingly using their mobiles to watch content video uploads on social media. Therefore, it makes sense for video uploads to be in the default orientation of the device’s screen.

Will Chatbots improve the consumer experience?

Long answer: Brands and businesses are slowly waking up to the marketing potential harboured by chatbots. Messaging platforms such as Facebook Messenger (which alone hosts over 12,000 monthly active chatbots) are proving themselves as a pivotal part of the consumer experience.

Expect to see more chatbots being pushed by brands in the run-up to the festive period. Many companies have developed smarter, more human-like chatbots that are worlds away from the clunky machines of the past. These bots will be able to help potential consumers make decisions about purchases, as well as being able to track deliveries, help with returns, and provide a more personal shopping experience.

Here at LITTLE, we’re always trying to stay one step ahead of the curve when it comes to social media marketing. If you want to find out how we can make it work for your brand or business, get in touch today and we’ll see what we can do.