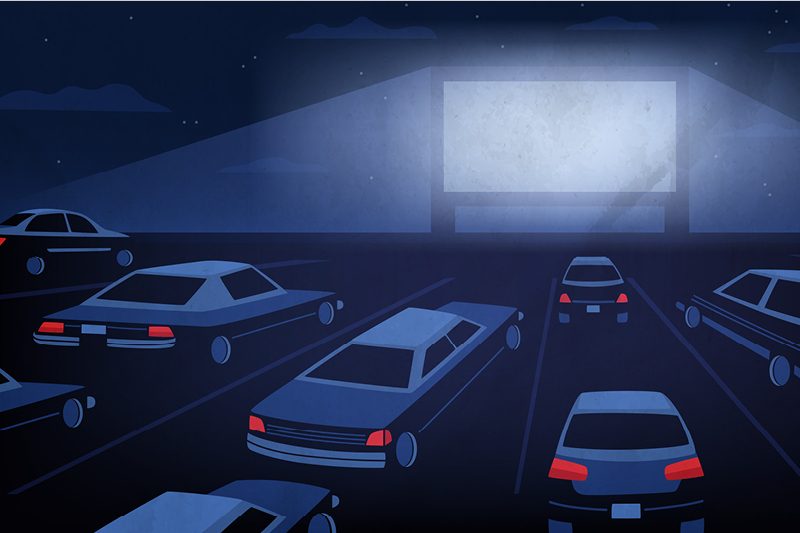 Ten years, 20 movies, $14billion grossed worldwide… what is it about these superhero movies that makes Marvel Studios so revolutionary?

Few production houses have seen success on the scale of Marvel Studios, overseen by Executive Producer, Kevin Feige. From Iron Man to last year’s gut-wrenching Avengers: Infinity War (the twentieth movie in the franchise), every film made under the Marvel Studios banner has been met with commercial success, grossing more than $400million on average.

Growing up in the early 2000s, Tobey McGuire’s Spiderman is now engrained in my brain (even if it is highly likely I was too young to be watching it), as is the Power Rangers, Teenage Mutant Ninja Turtles and the various animated incarnations of Batman and the X-Men. And, when you think about the standard of the early Spiderman films (we won’t mention Spiderman 3) and the flop that was Edward Norton’s The Incredible Hulk, it’s incredible to think that superhero movies still have a place in today’s popular culture.

So, what’s their secret? For Marvel, their proof is literally in the pudding.

Superheroes have always played a pivotal part in popular culture; from when they were first published on the pages of comic books in the late 1930s to the video game revolution of the 1980s. Even today, superheroes are still as popular with Generation Z as they were with Baby Boomers and Generation X, respectively.

Despite this, superhero movies faced a resurgence in 2008, when Marvel Studios took a gamble and released Iron Man, with Robert Downey Jr. stepping into the shoes of the renowned genius, billionaire, playboy philanthropist. Iron Man later became the first instalment of the Marvel Cinematic Universe’s Phase 1. Since Iron Man was released, the MCU has expanded and evolved, to encompass a range of heroes and villains from (quite literally) every corner of the universe, while looking at the real world for inspiration for storylines.

What makes the MCU work so well is attributed to the fact that Marvel Studios embrace both the comics and the movies – instead of taking inspiration directly from the pages of the comic book only.

Despite being a generally excellent film, Black Panther was the first big-budget superhero movie with an African-American Director and a predominantly black cast. Not only did the film prove that African-American narratives had the power to generate profits from all audiences, but it also unsubtly challenged many of the issues raised with Hollywood in recent years – and it’s still now the ninth highest-grossing film of all time.

Many of the strongest characters in Black Panther were women. King T’Challa is protected by the Dora Milaje, an all-women guard who protects the throne, while Shuri (T’Challa’s sister, played by Letitia Wright) is one of the brightest minds in Wakanda, responsible for the latest technological advancements and the development of her brother’s Black Panther suit.

Made at a time where Black Panther shouldn’t have had to have felt groundbreaking, it still was. The movie challenged institutional bias, characters made unsubtle digs at oppressors, while giving the audience a holistic perspective on black life and traditions.

Similarly, 2017’s Thor: Ragnarok introduced audiences to the Valkyries, an elite, all-women group of warriors who met defeat at the hands of Hela, the Goddess of Death. In Thor: Ragnarok, the audience meets the remaining Valkyrie, who has been living in self-exile on Sakaar since the defeat, intending to drink herself to an early grave. After we learn about the defeat, she reunites with Thor to unleash her revenge on the aforementioned Goddess of Death.

Movies like Guardians of The Galaxy (Volume I and II) and Dr Strange gave James Gunn and Scott Derrickson, respectively, to pay homage to other great pop-culture icons.

2014’s Guardians of The Galaxy brought together an unusual soundtrack (ranging from 10CC to Marvin Gaye), stunning VFX and the modern-day Harrison Ford to create a film with major Star Wars vibes – but also touched on abduction and losing a parent to cancer.

Once James Gunn cracked the formula, and he delivered again with 2017’s Guardians of The Galaxy, Volume II. Once again bringing “old music” – like Fleetwood Mac and ELO together – as our titular heroes went on another adventure across the galaxy while dealing with real issues, like child trafficking (which is pivotal to the plot of the film) and the impact of casual sex work on society.

Issues that are all dealt with tastefully, while giving the audience a heavy dose of nostalgia and gifting it in shiny 1980s wrapping paper.

Finally, Dr Strange was commended for how it portrayed the very real issues of spirituality and questioning faith while becoming a great superhero movie – while making the final battle an obvious ode to Groundhog Day.

A 10-year challenge for the ages

Keeping an international fanbase engaged in a franchise that now spans more than twenty films in more than a decade is no mean feat.

Thankfully, Executive Producer, Kevin Feige and the rest of the team at Marvel knew it could be done, through careful planning and execution. Feige had already started planning the future of the MCU after Iron Man was released. Introducing Samuel L. Jackson at the end of Iron Man as the formidable Nick Fury was a smart move – knowing that fans would flock back to the cinema to find out what part he was going to play.

The events of the first Iron Man movie went on to influence 2011’s Captain America: The First Avenger and Thor, before all the characters introduced in Phase 1 came together in 2012’s Avengers Assemble. This continued through the subsequent Phase 2 and 3, with Phase 4 due to kick off when Spiderman: Far From Home is released in the summer.

Positioned as the ‘series finale’ of Phase 1, Avengers Assemble brought the Avengers together and introduced fans to Thanos: the overarching villain of the MCU. Introducing Thanos in a post-credits Easter egg for the fans was another bold move, as it re-engaged the fans and encouraged them to return to the cinemas once more.

Phase 3 ended with last year’s Avengers: Infinity War, which is currently the fourth highest grossing movie of all time. Not a bad return, for one gamble at the end of Iron Man.

What sets Marvel apart from their comic book counterparts, like DC?

For starters, DC has always been as popular on the comic book pages as Marvel, but their movies have always been significantly darker. Even though Christopher Nolan’s The Dark Knight Trilogy is one of the finest examples of modern cinema, DC couldn’t make this success work for a subsequent DCEU (DC Extended Universe).

Their standalone movies are successes in their own right, but attempts at “group movies”, like 2016’s Suicide Squad and 2017’s Justice League, aren’t very good. When faced with an expansion at the rate the MCU was developing at, and their hand was forced into investing in the wider DCEU, which was a leap of faith that unfortunately fell flat, especially when faced with the later movies of the MCU’s Phase 3.

Similarly, as is the case for many other comic book franchises – like 2000 AD – aren’t as well-known on paper, nor the big screen. 2000 AD is responsible for characters like Judge Dredd – who got a cheesy no-brainer film in the 1980s and then was resurrected in a terrible remake in 2012.

Marvel Studios has successfully introduced a generation of cinemagoers to a host of rich and diverse characters. Fans are attached to these characters, they root for them to succeed and will always go to the cinema to watch their latest adventure.

Regardless of personal taste and feelings towards the movies, Marvel Studios are still creating well-respected and grounded pieces of cinema and will continue to shape Hollywood base on these ideals for years to come.

By giving the fans what they want to see – strong female leads and movies that tastefully feature issues that reflect the broader mood of the world – Marvel will continue to sell tickets well into the future, shaping the minds of future generations and ultimately making superheroes “cool” again (not like they aren’t already, mind).

Kevin Feige had already planned the entire MCU once Iron Man was released, meaning the success of the whole franchise was resting on how well-received Robert Downey Jr was as the titular hero.

The rest, as they say, is history.