Does sex still sell? How the Great British Bake Off uses innuendos so well 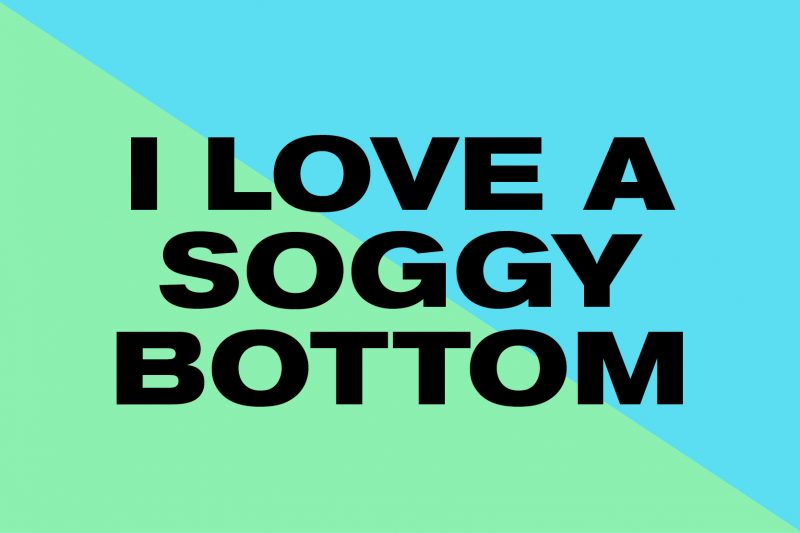 Unless you’ve been living under a rock for the past four weeks, you’ve probably noticed that the Great British Bake Off (GBBO) has returned to our television screens.

This year’s series marks the third edition of Channel 4’s offering since they bought the rights from the BBC in 2016. And while we no longer get to see the delightful Mary Berry on our screens (miss you xoxo), there’s no denying that Channel 4 has successfully managed to keep the legacy of the show very much alive.

In a modern world where let’s face it, the United Kingdom is the laughing stock of Europe (thanks, Boris), the Bake Off serves as the one small flicker of hope we have left; the last shred of patriotism we hold dear; the only reason we bother to get out of bed in the morning.

But let’s not get off-topic; we’re not here to talk about patriotism. We’re here to talk about sex. Yes, in a family-friendly programme where a group of individuals cook for an hour and have their efforts judged by a pair of baking experts, we are going to talk about sex, coitus, intercourse, whatever you want to call it, and more specifically how it helps to form the narrative of, and successfully advertise the entire show.

How the Great British Bake Off uses innuendos

There are so many brands that have used sex to promote their brands to the masses. This is something I’ll delve into a bit later, but for now, let’s see how GBBO ironically uses the dirty deed so bloody well.

Before I go any further, please find some actual content from this year’s GBBO, collated for social media platforms:

There’s nothing wrong with a bit of naughtiness on a Friday. #FridayFeeling #GBBO pic.twitter.com/7x1FsKJFyT

You’d be forgiven in thinking that GBBO has hired a rampant sex addict to manage their social media judging by these videos, but that isn’t the case. They’re made, quite simply, because they’re funny. And as we all know, carrying out the most innocent of tasks can become hilarious if it looks downright dirty.

Initially the beeb, and now Channel 4, have mastered this tactic while managing to not cross the line into absolute filth (although they were slapped with a few Ofcom complaints during its celebrity version last summer after Russell Brand created a ‘vagina’ bake).

The point is, this content sparks a humorous reaction from die-hard fans and even those who don’t watch the show, making fun of innuendos and ultimately increasing exposure.

Sexual references littered throughout the programme

If I were to put you on the spot and ask you right now to name one sexual reference from the GBBO, I’m pretty sure I know what you’d answer – soggy bottom.

While soggy bottom has served as a veteran to the programme, they have certainly upped their game with the raunchy references in recent years, so much so that the Telegraph published an article this week, headlined: ‘The 32 best Great British Bake Off innuendos’.

Yep, this isn’t a list of all of the innuendos featured in the show over its 9-year existence, this is a list of the *best* ones, meaning that there are a lot more provocative puns that didn’t even make the cut!

These references are by no means an accident. We’ve all seen Paul Hollywood’s face light up every time he says something a little cheeky that he knows will make the final cut of the episode. For God’s sake, Paul, you’re 53 man, grow up.

If you don’t know what I’m talking about here, watch the video below, and all will become clear:

Watched it? Right. How do you feel? We both know exactly how you feel. How can an advert for processed food be so sexual?

Every perfume/aftershave advert ever

It’s all for sales, and it works.

To prove my point, here are three examples of perfume adverts that don’t particularly leave much to the imagination. I also managed to find these in about three minutes:

The premise is simple; look at these attractive people living brilliant, sexy lives! They’re wearing this fragrance! That means if YOU wear this fragrance, you’ll have the same lifestyle!! Trust me, it’s all a lie.

Probably the least sexy brand of all – Poundland. The entire shop smells like a cleaner’s storage cupboard, yet they’ve decided to use sex for a couple of years now in their Christmas campaigns for social media, and quite successfully too.

‘Elf on the shelf’ has become a Christmas staple in recent years.. If it still is for you, I’d recommend not reading this section – as it’s about to all come tumbling down. Poundland decided to place said elf in provocative positions and post them on Twitter, causing absolute outrage among the British public.

Here are just some of the examples of the campaign in action:

Oh Elf, we know it’s nippy outside but not that kind of nippy! #ElfBehavingBad pic.twitter.com/kYMNruqLda

The campaign itself was banned by the ASA in 2017, highlighting how perhaps brands can take it a little too far. However, despite the numerous complaints and the subsequent ban, Poundland announced that it had seen a notable increase in sales throughout the Christmas period, and the campaign was brought back in 2018.

Ultimately, every individual will have varying opinions on how the Great British Bake Off, and other notable brands, use the premise of sex as a direct marketing strategy to boost their exposure. It is certainly safe, however, to say that it can prove to be useful when utilised correctly.

The continued use of innuendo has become a part of the GBBO’s nature, as the perfect balance has been found between being humorous and being inappropriate, something I can only sit down and applaud.

Rounding back to the general question of whether or not sex still sells, there are certainly examples out in the marketing world that prove this theory to be correct. With this being said, I definitely wouldn’t expect to see the LITTLE beach calendar for 2020 being released anytime soon.