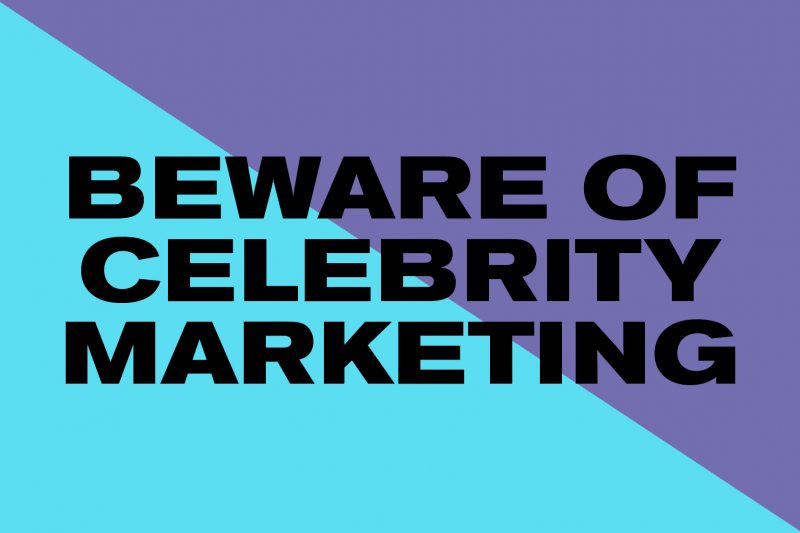 Ahh, the celebrity endorsement. We see it absolutely everywhere nowadays. No matter how big or glamorous a campaign or product may be, the chances are that a public figure probably has something to do with it.

The premise of celebrity branding is simple; it boosts brand awareness, increases engagement and ultimately drives sales. Sounds foolproof, doesn’t it? Well, it’s not as simple as you might think. Celebrity endorsements can backfire and damage the credibility of a campaign, or in some cases, damage an entire company’s image. It’s important to understand the risks involved with associating such high profile individuals with marketing campaigns, as some businesses discovered the hard way. I’ve delved into the archives and highlighted three cases below:

Pepsi’s #BlackLivesMatter campaign featuring Kendall Jenner hit the headlines for all the wrong reasons in 2017. In the widely criticised television advert, the model and television personality is seen posing for what looks like a typical photoshoot when she notices a protest taking place outside on the street, overseen by surly looking police officers. Kendall joins the crowd of protesters and proceeds to confront one of the officers, duly handing him a can of Pepsi. The officer gladly accepts the drink and takes a sip, leading to wild celebrations from the group of protesters. Who knew that the secret to ending years of social injustice was by drinking a can of Pepsi, eh?

The advert was subject to mass ridicule on social media, and a wave of memes mocking Pepsi and Kendall Jenner began to surface. The ridicule included a tweet from Bernice King, the daughter of civil rights leader Martin Luther King that read: “If only Daddy would have known about the power of Pepsi”, alongside a photo of her late father being confronted by a police officer at a protest march. 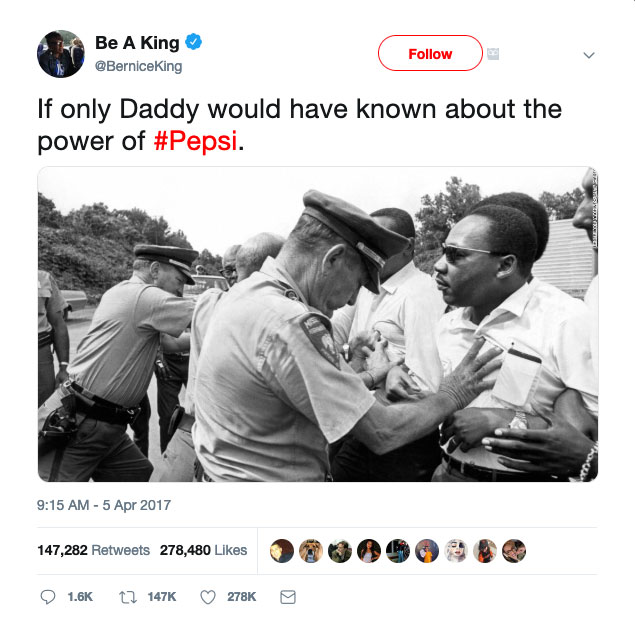 On a serious note, the advert made light of the genuine issue of racial injustice, as it is believed to have echoed an incident that took place during a real Black Lives Matter protest, where female protester Ieshia Evans attempted to approach heavily armed police in riot gear in Louisiana. Unlike Kendall Jenner, who appeared to solve everyone’s problems with her actions, Evans was arrested and charged.

The backlash of the advert appeared to hit the brand globally, as they were forced to make a public apology to consumers as well as Kendall Jenner, and Pepsi’s ‘Purchase Consideration’ score with millennials dropped from 27% to 24% from April to July 2017, highlighting the danger of naive celebrity campaigns.

You’ve all seen the documentary by now, surely. If you haven’t yet, I’d recommend skipping this section and reading well ahead as this will contain spoilers.

‘Fyre: The Greatest Party That Never Happened’ was released on Netflix earlier this year, and provided viewers with an in-depth explanation as to why ‘Fyre Festival’ a brand new music festival endorsed by some of the biggest global influencers on social media completely flopped, leading to the co-founder Billy McFarland being jailed for six years. Never before seen footage of interviews with several key members of staff involved with Fyre showed just how desperate they were to make the festival a success, with some willing to go to more extreme measures than others to make it work (you know exactly who I’m talking about here). 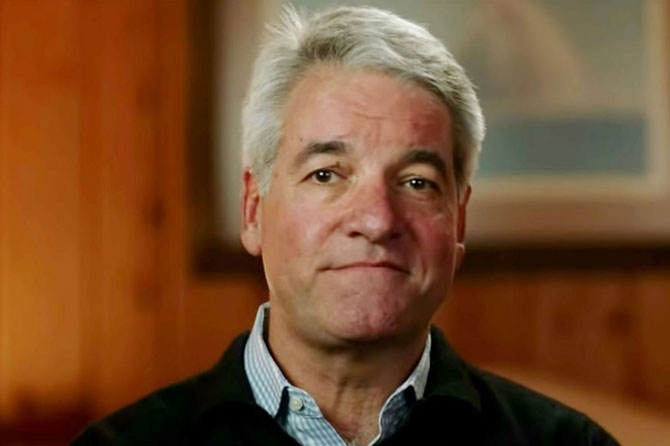 Needless to say, the event was a complete disaster. Hundreds of people who had been promised a luxury music festival with some of the world’s biggest stars performing including Migos, Disclosure and Major Lazer along with extravagant accommodation were left stranded on an island in the Bahamas in tiny, soaked tents with no food or water or entertainment before eventually being evacuated.

Rapper Ja Rule was widely associated with the event, promoting it to his fans around the world. He also granted owner Billy McFarland access to his wide range of contacts to secure some of the world’s top supermodels including Bella Hadid, Emily Ratajkowski and Hailey Baldwin to promote the event to their millions of followers on social media (with the promise of free event tickets and accommodation, of course).

In one sense, the celebrity endorsement of Fyre worked, as the event sold out in minutes. However, as the organisers had not planned how they’d make the event work, which led to hundreds of people stranded in the Bahamas, and the fact that Billy McFarland is sitting in a cell right now, it’s reasonably safe to say that the celebrity hype probably didn’t do the event any favours. Had the event not been promoted by global influencers, perhaps the organisers would have stood a better chance of putting on an event that wasn’t a complete mess. For more information about the rise of influencer marketing in the modern day, check out Lucy’s blog here. 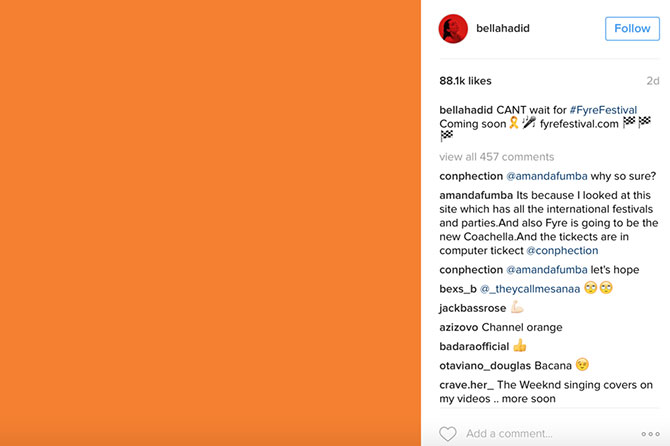 Elon Musk is a bit different to the other examples in this blog, in the sense that Tesla hasn’t paid vast amounts of money to get him to promote their products, along with the other “stupid” things he gets up to. In this case, Elon Musk literally owns the company.

It’s no secret that Musk likes to share his professional life with the world. He currently boasts over 25m Twitter followers, making him the 72nd most followed account in the world, and the second most followed CEO, behind Bill Gates. His tweets vary from anything to do with his aerospace manufacturing company SpaceX, to simply asking the world to send him their best memes. In adopting this method of online communication, he’s managed to develop a cult following in the social media world and increased Tesla’s brand awareness. Has this come at a cost, however?

Elon Musk’s most high-profile moment arguably came after he announced a plan to create a small submarine which would rescue a junior football team, along with their coach, who were all trapped deep inside a cave underneath a mountain in Thailand. One of the divers involved in the official rescue, Vern Unsworth, criticised Musk’s efforts, to which Musk responded, calling him a “pedo”. Unsworth has since filed a motion to sue for libel, and a hearing is set for April 1 this year.

Following this controversy, stocks in Tesla dropped by 4% over one weekend, as investors began to worry about Musk’s erratic behaviour on social media.

Later in 2018, Musk put his company’s reputation and market value in danger yet again by smoking cannabis on US comedian Joe Rogan’s live web show (no, really, this happened). 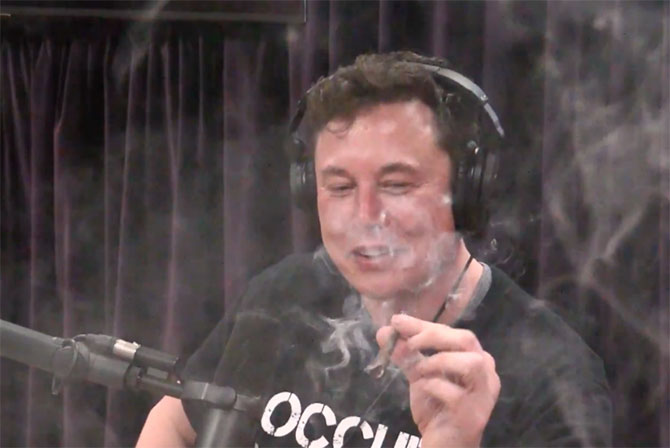 In more recent times, Tesla investors have filed a lawsuit in Delaware Chancery Court which seeks to indefinitely block Musk’s “unchecked use of Twitter to make inaccurate statements about the company”, following a tweet from Musk claiming that Tesla will produce 500,000 cars in 2019 alone. Musk’s lawyers have since responded, claiming that they are attempting to ‘trample’ on his first amendment rights to free speech.

Although Elon Musk provides us all with entertainment every time he decides to spark a new controversy within 280 characters, his tweets definitely don’t do the company that he owns any favours in the marketplace.

To sum up, these three examples show how high profile celebrities are not always the answer to market development, whether it’s a campaign, event, business or anything else for that matter. When it comes to successful marketing, the big names may end up doing you more harm than favours long term. Obviously, celebrity endorsements are not always a bad thing, it just takes a bit of common sense to distinguish whether or not it’s worth it.

The moral of the story is; don’t be an idiot.