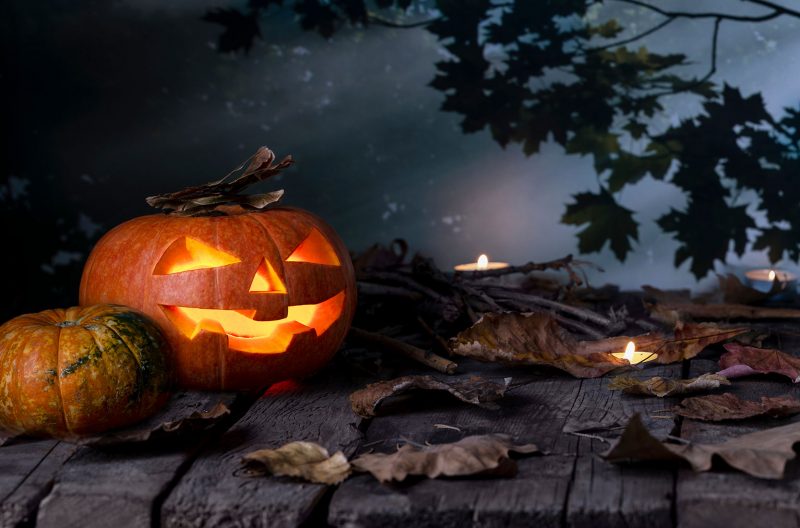 Halloween is a unique holiday that gives brands a small window each year in which to break off their creative shackles, and truly delve into a holiday with a spirit that lies in the daring, disguised and dark.

Brands that venture successfully down the path of Halloween messaging can benefit greatly from inflated spending during the holiday, and from the opportunity to increase brand visibility and personality with a memorable campaign.

We’ve taken a LITTLE look at the most eye-catching campaigns of 2019, and these are our favourites!

You’ve heard of taste tests – but never like this.

In this year’s Halloween-themed ad, Burger King decides to bypass the opinion of the living on the quality of their limited edition “Ghost Whopper” by enlisting famous psychic medium, Riz Mirza, to channel the spirits of the deceased to test the burger instead.

The video sees Mirza conducting a burger-centric seance in

LA’s Alexandria Hotel, a location notorious for paranormal activity, joined by volunteers around a table as he allows the spirits to, ahem, enter his body.

Most of the spirits seem to enjoy the burger, each communicating their satisfaction with their own unique voice. One in particular, however, seems ruffled by the experience, causing Mirza to fling the Ghost Whopper across the room to the cry of “It is filth!”. Our favourite scene by far.

The campaign is rounded with the message: “Approved by 11 out of 10 people.”

Skittles has broken its 5-year Halloween hiatus with this creative take on a familiar childhood night-time tale – being kidnapped by an evil witch. Please refer to Hansel and Gretal and Rapunzel for further information.

The ad centres on a witch who uses Skittles to lure a teenage boy into her house, and takes place inside her run-down kitchen, complete with raven and cauldron.

The captured teen can be seen reclining in comfort inside the large cauldron that is resting over a burning flame, chomping contentedly on his prize: a bag of rainbow-coloured Skittles.

The witch quickly becomes annoyed as the teen becomes chatty, and pushes for more Skittles, reminding her that “You told me, when I came here, that I could have all the Skittles I want.” He then shows her a previous ad by Skittles with a witch, saying afterwards that it’s not as good as he remembers.

She continues to try to get him to leave, and the ad ends with her looking dejected after he refuses to depart, instead asking for yet more Skittles.

Birds Eye’s spooky campaign is a fun imagining of what would happen if meatless burgers were served to the indisputable king of Halloween, famed for its blood-thirsty tendencies and sparkly skin: the vampire.

The ad takes place at “The Big Vampcon”, and sees vampires unwittingly consuming Birds Eye’s ‘Green Cuisine’ burgers before one of the servers of the aptly named “VamBurger” reveals that they are in fact vegetarian.

Instead of scenes of vampish outrage, the shocked vampires exclaim “whoops, I’m a bit veggie!” before continuing to eat their meat-free burgers, a playful nod towards how even the most dedicated of meat-eaters could enjoy a meatless burger, and possibly not even notice the switch.

The ad ends on the line “So meaty, you’ll be surprised they’re not.”

Jägermeister chose to go down an experiential route in partnership with London cocktail bar Ladies and Gents, for their campaign with a Halloween-themed cruise.

The boat, entitled ‘The dark spirit’, takes participants on a spooky tour through London’s time-worn waterways. Each cruise can accommodate 12, serves Jägermeister-based cocktails and shots, and comes complete with spooky Halloween decorations and a wood-burning fire, according to The Londonist.

Johnny Denny, Jägermeister UK’s consumer marketing controller, commented that “Jägermeister has a natural cohesion with Halloween as it allows us to play into the darker, more playful sides of the brand personality.”

The creepy booze-cruise will be running from the 23rd October to the 3rd November – so if you’re in London, be sure to hop on board and let us know how it goes!

Kraken has teamed up with famed Hollywood director Neil Marshall to deliver a spine-chilling Halloween experience this year, inspired by the Kraken that floats ominously on the label of every bottle, in the form of a “unique bar and horror experience like no other.”

The campaign is centred around a fully-immersive bar experience, where everything from the narrative, sets, characters, and drinks have been directed and chosen by Neil Marshall, to deliver a truly blood-curdling Halloween experience to participants that they won’t be able to forget!

Marshall says that he is “…excited for fans to see a little Hollywood magic sprinkled on its Halloween proceedings.” The activation will take place on the 31st October and the 1st November.

From witches to vampires, to creepy booze cruises and scary bar experiences, brands have truly grabbed Halloween by the (devil) horns this year, and have not disappointed us with their efforts.

By making sure that they position their brand as a part of the Halloween buzz, brands are tapping into the excitement of the season, and can take advantage of consumer engagement over this popular holiday.

It’s definitely not an opportunity that brands should be ignoring to grab consumer attention – and these ads prove it!

Do you have a favourite? Let us know!