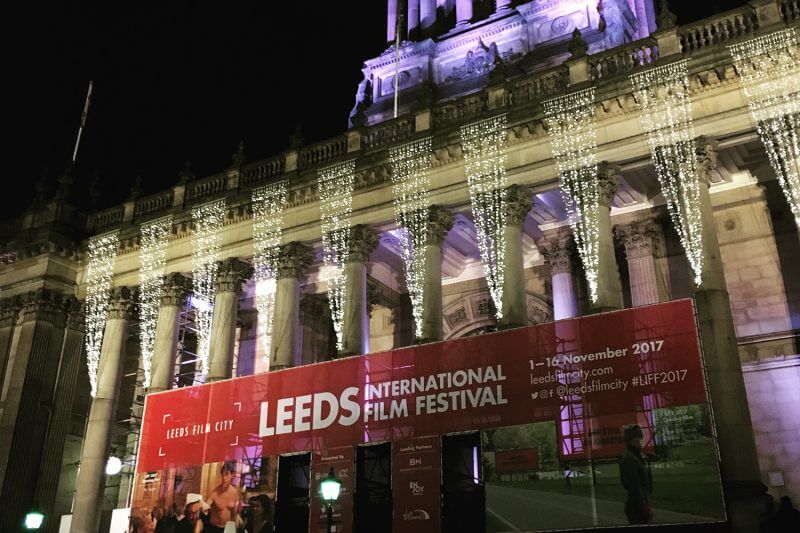 Forget the Capital of Culture! Leeds doesn’t need this accolade for everyone to realise that it is a true culture hub of the North. Its vibrant people have produced a myriad of great

art, architecture, music and, sometimes, even sport. In my humble opinion, a jewel in the crown is The Leeds International Film Festival (LIFF) which is now the largest film festival in England, outside London and into its 31st year!

The program is hugely diverse including; Hollywood blockbusters, international foreign language films and even features made right here, in Yorkshire. Many of the films screened will have been prize winners at internationally renowned festivals such as Berlin, Toronto, Sundance, Cannes or Venice.

Some members of the LITTLE team dip in and out of the festival but I jump in with both feet. I saw fewer films this time than I have done in previous years but still nearly made it to 30. They were a great snapshot of the type of film the festival strives to show; a huge range of budgets, languages, styles, and genres.

However, until this year I have never really reviewed any of the films I have watched (some of you may think this is for good reason) I wanted to keep this witty and pithy and failing that at least succinct, so I chose to tweet them. I did receive replies and direct messages from some of the filmmakers, well the ones I was complimentary about, so they can’t of been too bad! I have left them as exactly as I posted them out so excuse any typos…

🎥 2: The Killing of a Sacred Deer. Utterly beguiling and utterly confusing – I didn’t know whether to laugh or cry. Off kilter and all the better for it. ⭐️⭐️⭐️⭐️ @leedsfilmcity #liff2017

🎥 6: DJAM. A charming journey of music, random encounters and new friends through Southern Europe seen through the eyes of our heroine. ⭐️⭐️⭐️ ⭐️ #LIFF2017 @leedsfilmcity

🎥 9: The Cakemaker. All paths lead back to…a foreign cafe? They were so close to making it: heartbreaking ⭐️⭐️⭐️ @leedsfilmcity #LIFF2017

🎥 11: Fashionista. The smell of clothes from a thrift shop has a certain smell and it’s…distinctive. (Not really the point) ⭐️⭐️⭐️ @leedsfilmcity #LIFF2017

🎥 12: Jane. Amazing look into the history of a naturalist who revolutionised our view of primates (and us)⭐️⭐️⭐️ @leedsfilmcity #LIFF2017

🎥 13: Perfect Blue. Not unlucky for me! Great to see this re-release on the big screen though I did think I may be loosing the plot (unintentional pun) at one point ⭐️⭐️⭐️⭐️ @leedsfilmcity #LIFF2017

🎥 15: Drib. 2 ways to get ahead in the media; work hard and be nice to people OR make fake videos and get picked up by an unscrupulous ad agency ⭐️⭐️⭐️ @leedsfilmcity #LIFF2017

🎥16: THE FLORIDA PROJECT. A rabble of precocious kids run riot on the hinterlands of the Disney resort. Full of colour and heart. Fantastic performance from Willem Dafoe ⭐️⭐️⭐️⭐️ @leedsfilmcity #LIFF2017

🎥 17: Battle of the sexes. The self styled chauvinist pig got smashed!! Crowd pleaser that made me smile. Puns done ✅ ⭐️⭐️⭐️⭐️ @leedsfilmcity #Liffe2017

🎥 22: JoJos Bizarre Adventure. Oddball manga adaptation from the director of Audition and Ichi The Killer; not for me ⭐️⭐️ @leedsfilmcity #LIFF2017

🎥 26: GOOD TIME. Terrible sound did the spoil the enjoyment of what I thought was a visceral nightmarish joy ride of movie! ⭐️⭐️⭐️ @leedsfilmcity #LIFF2017

One film I was disappointed to miss was Film Stars Don’t Die in Liverpool, this was starring Annette Bening telling the true story of aging Hollywood star, Gloria Grahame. One to catch on DVD at a later date. Three Billboards Outside Ebbing, Missouri won the audience award meaning it was the most highly rated film of the festival by the viewers so it looks like we all enjoyed it. Time to recover and prepare for next year!

How do SEO and PPC work together?