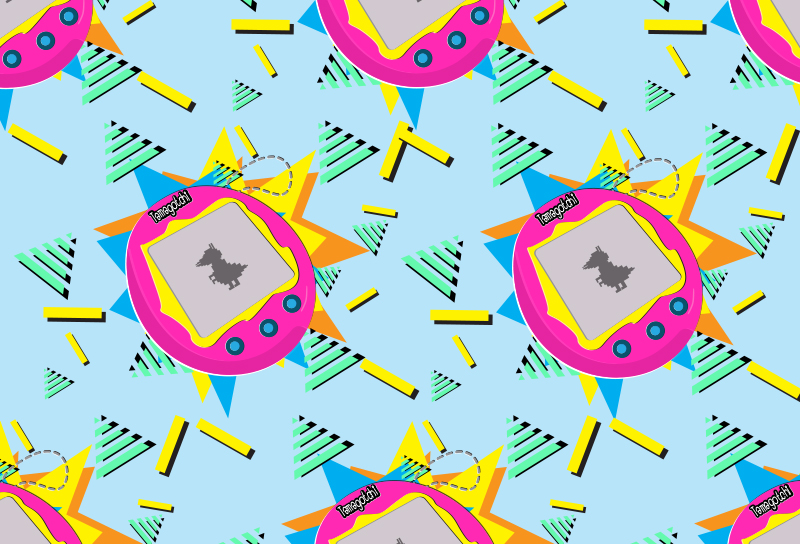 Old songs, retro patterns and colour schemes and even layering on those effects to make your sparkly HD footage look old AF and as if it’s playing from a VHS have all been making more regular appearances in recent years. Whether it’s launching ‘new’ products and clothing in the style of a now-trendy decade past or littering the internet with advertising content featuring cliched references, brands around the world are getting nostalgic for times gone by and it’s messing with our emotions.

You see, these brands are clever. They don’t just want to make you go ‘oh that’s a cool ad’ and continue to go about your day. They want you to engage and exclaim ‘I remember XY and Z’ and for the vast majority of us, that will evoke a happy memory, often from youth or a less complicated time. You’ll then probably share this with your family or friends, then the next thing you know, you’re all down the shops buying stocks in whatever product they’re flogging you this week – probably something you owned many years ago and subsequently binned.

I’d say that seasonal holidays are particularly rife with these types of ads because, let’s face it, Christmas (and the likes) make us stupid, giddy and prone to buy shit we inherently know we don’t need to – but it gives us a warm fuzzy feeling, so we do it anyway. However, using nostalgia is definitely becoming more prevalent throughout the rest of the year now too, with FMCG and clothing brands typically being the most guilty of it.

Why are we all such suckers for nostalgia?

Although this is a sweeping statement, a lot of the time nostalgic marketing has a pretty effective outcome. Millennials, in particular, are apparently the most partial (or vulnerable?) to some nostalgia. Could it be that looking back to simpler times when crippling student debts and the cost of living were not even on our radars, is somewhat appealing?

According to Forbes, it’s the escapism opportunity that nostalgia offers us from our hectic work schedules, unrelenting responsibilities and the literal nightmare fuel that is the daily headlines. Fair enough, that seems like a pretty legitimate reason to gravitate towards nostalgia, alongside the fact when we care about something or have some kind of warm, fuzzy feeling attached to it, we’re even more likely to share that piece of media or content or product or whatever, a Furby? – and that’s exactly what the likes of Coca-Cola et al want you to do.

Not to mention that Millennials have grown up around impersonal digital media and technology, which means by the time personalisation rocked around we were pretty into it and more than happy to allow companies to use it to leverage our feelings of optimism to make us buy more stuff. As children of the 80’s and 90’s these decades are super valuable to brands and, as anyone can see, the past few years have been littered with brands grasping desperately at these eras.

It’s not just marketing materials though, fashion and entertainment companies have also cottoned on to the goldmine which is the Millennial generations love of all things the eighties, nineties and even noughties and as a result, we have a high street, social media platforms and online stores packed with everything you need to pretend that Y2K is still something to fear. You just have to look at the likes of Netflix to see retro themed shows aimed at 22 to 35-year-olds or reboots of popular shows from the nineties and noughties, reskinned to provide a better commentary on the current state of society, to see just how vulnerable we are to nostalgia.

Get us emotionally hooked

When you look at the success of a nostalgic attempt from a brand, the ones who tend to stand out and really gain traction are those who can effectively blend our retro favourites with the modern world. Look at Pokémon Go, for example, hugely popular, primarily with Millennials, and although the hype may have significantly depleted now when it launched people quite literally lost their shit. Swarms of 20-to-30-year-olds ventured out on their lunch breaks to capture nearby Pokemon or duel with friends all over the world. The creators sufficiently met that dual criteria of providing innate and nostalgic inspired happiness combined with something fresh and exciting, in this case; augmented reality.

One of the reasons why Netflix original series, like Stranger Things, are so popular is that it brings in all those elements transport watchers right back to their own childhood. From the Stephen King style storytelling teamed with Spielbergian charm to the authentic plucky ‘child-stars’ who are reminiscent of classic eighties films like IT and the Goonies, Stranger Things was a smash hit with Millennials in particular and was aptly described as ‘binge-worthy’. Highstreet brands, such as Topshop quickly cottoned onto the success of this nostalgia-fueled show and teamed up with the show to create a completely immersive in-store experience on Halloween of 2017, to launch their sell-out line of Stranger Things themed clothing. When you think about it, the likes of Buzzfeed wouldn’t exist without nostalgia. Of course, they publish hard-hitting articles which explore important topics and cover worldwide news stories, but this is in reference to the ‘general interest’ feed that you can spend hours scrolling through to uncover which ‘Friends’ character you would be or trying to decipher how many of those discontinued confectionary items you can identify. This stream of content pretty much relies on us needing a friendly pick-me-up based on an interest or memory from years back, and it’s ingenious because these pieces of content are shared far and wide across social media, every single day, racking up millions of views. Just days ago, Sony announced that they were reviving the PlayStation One, making a comeback in the form of PlayStation Classic. This tiny version of the beloved and springboard for modern-day consoles is coming out in December – funnily enough just far enough ahead of Christmas to get it on your list – and will be loaded with twenty fan favourite games. At 45% the size of its predecessor, it’s going to be completely compatible with modern TVs – including an HDMI cord and two controllers – there’ll be no taking turns this time around. Sony has been super smart with this move, what with there being very few remaining game releases for the PS4 in 2018 left, this can now fill that void over the festive season, whilst also appealing to those who may have strayed away from games in their adult years. Something tells me this is much more of a novelty than many people have cottoned on, and will likely be one of those things that only make an appearance at Christmas or when we have the odd family or friend gathering and would rather not climb in the attic to retrieve that dust-covered box of Monopoly.

For the release of Deadpool 2, their marketing team decided to jump on board with the time travel element of the movie, hosting an exclusive pop-up Blockbuster store in London. Copies of the new film were only presented in VHS cases, which contained a digital download code and were only purchasable by customers who could present their original Blockbuster membership card. If fans had binned those ancient relics when the franchise finally closed in 2013, they could claim a copy by displaying their superpower to the cashier. The store even stocked 1989 free copies of the movie, as a nod to the year that the rental chain opened in the UK. Bozhe moi!

You only need to bring up the topic of dial-up modems noises to draw millennials out of the crowd. We remember that noise as the gateway to the internet, waiting three minutes for a web page to load, being restricted to certain times of day because it was cheaper, begging with your mom to stay online for just five more minutes when she said she needed to use the phone and Neopets… remember Neopets?! These were awful things (okay, maybe not Neopets), but they’re our awful memories and we’ll be damned if anyone tries to soil them.

It’s a testament that understanding how to evoke emotion in your audience is absolutely critical. It’s not just Millennials who are vulnerable to some nostalgic marketing, but we do make up a huge portion of the population now. So is it any wonder that brands have jumped on board to try and get us more engaged and basically, buy more stuff through forcing us to have Bojack Horseman style flashbacks?!

Influencer marketing: is it, as the kids say, "awake"?