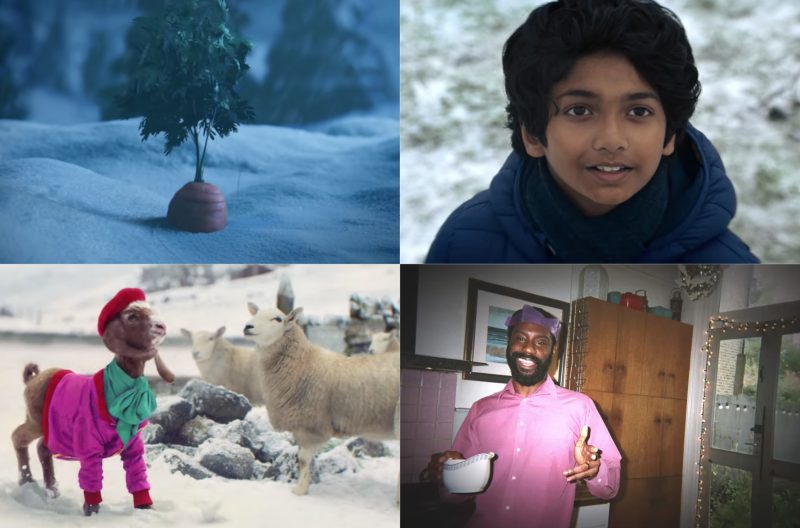 It’s the most wonderful time of the year – our annual Christmas ad roundup!

In a year that’s been tumultuous (to say the least), it’s been nice to have a constant in Christmas ads. We couldn’t wait to get into the meeting room and digest this year’s commercials as a group (socially-distanced, of course)…

…Except the country was (at the time) in lockdown, so that didn’t happen.

Even though we couldn’t all get around a table and watch the ads together this year, that wasn’t going to hold us back. Oh no, we jumped on a Google Meet and held this year’s Ad Roundup virtually.

So without further ado, let’s get into this year’s ads. Who exceeded expectations? Who has egg(nog) on their face? All will be revealed:

An Evening with AbracaDaisy & The Incredible Lucy

We kick off this year’s Christmas Ad Roundup with Argos’ “An Evening with AbracaDaisy & The Incredible Lucy” – a heartwarming affair, for the first minute. The Argos advert is a beast, running in at a whopping 2:05 – meaning we were glad when the final curtain raised. 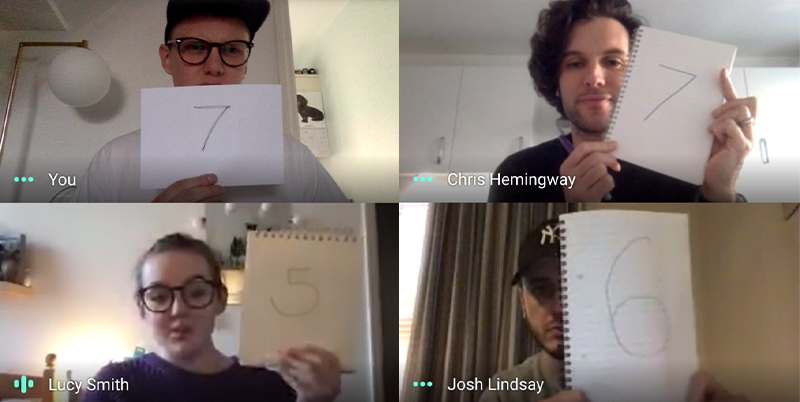 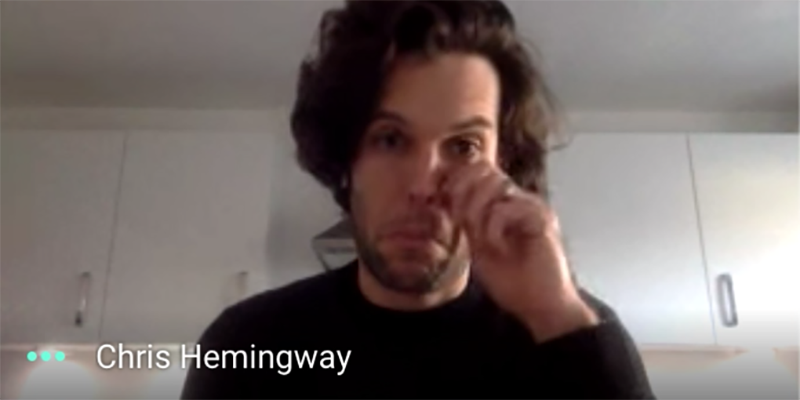 We’ll let you guess what was making Chris so emotional.

The show must go on

Next up was Amazon’s “The Show Must Go On”, which highlighted the impact the year has had on everyone’s lives, including the ad’s main character, a dancer. I’m not going to lie to you; we almost forgot it was an Amazon advert, because the placement of branding and packages was so subtle. Nevertheless, this stirring ad – which also featured a chilling rendition of Queen’s “The Show Must Go On” – definitely earned its score. 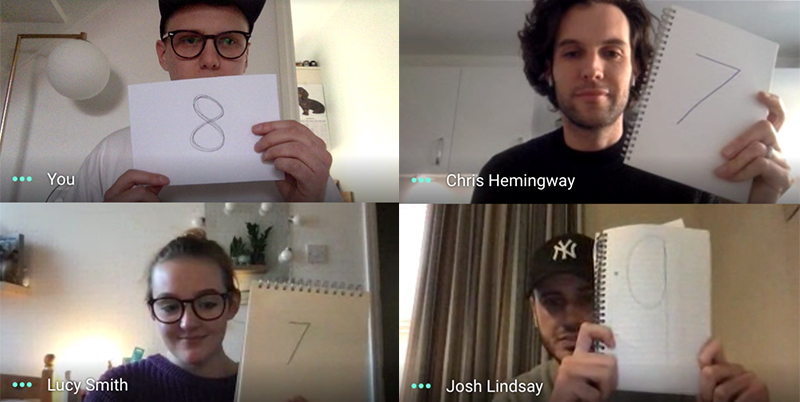 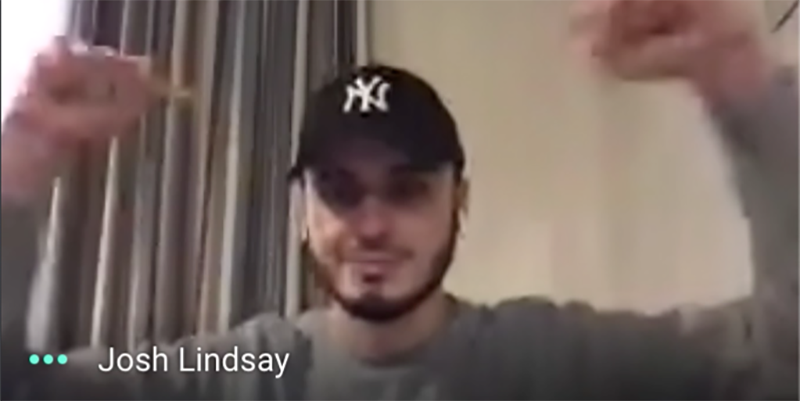 Josh literally couldn’t contain his excitement towards the end – no spoilers!

What could follow in the footsteps of Amazon? It’s simple: TK Maxx. This year’s TK Maxx ad is the epitome of randomness – featuring a goat, fully kitted-out in designer garb – of course. When her owner is asked why the goat is fully-decked in haute couture, the farmer replies “she’s had a rough year”, and, at that moment; we were all the goat. 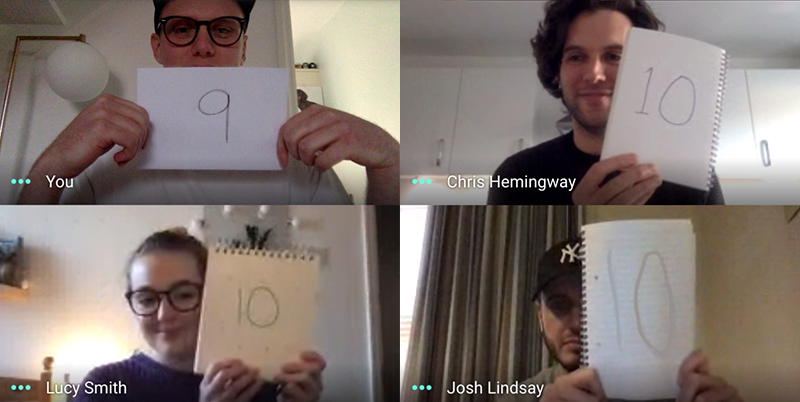 Can anything beat TK Maxx’s 39/40? To put it simply; Asda won’t. Even though Asda’s attempts this year do set it apart from the other supermarkets (featuring a family we’ve come to know and love during the year), it wasn’t enough to win over Josh, who only thought it was worthy of a 4/10.

If Josh were asked to comment on his score of 4, he’d probably say something along the lines of:

“Nice family, but a boring and instantly forgettable advert. Humbug.” 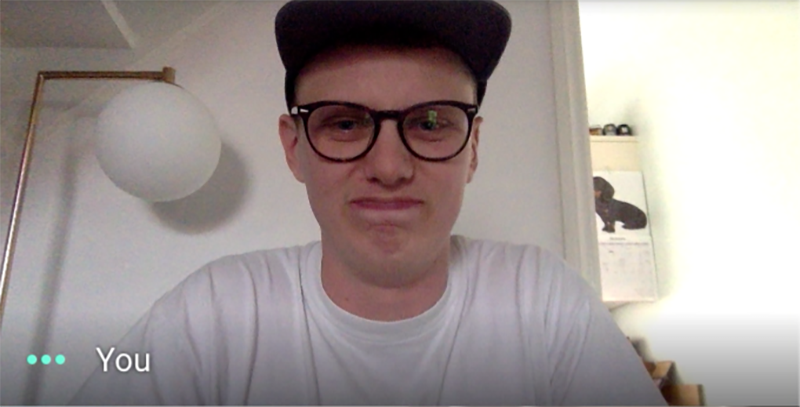 A picture can paint a thousand words – but you won’t need that to tell what Sam thought of Asda.

FROM OUR FAMILY TO YOURS

After the mild disappointment of Asda, at least we can rely on Disney to cheer us up, right?

Well, I’ll try not to get your hopes up too much. Disney attempts to remind us of the magic of Christmas this year, by regaling the tale of a Grandmother who has maintained the Christmas Spirit for over 80 years – including in 2020 (which we couldn’t believe). After an anti-climactic ending, Disney earned a “meh” in our eyes. 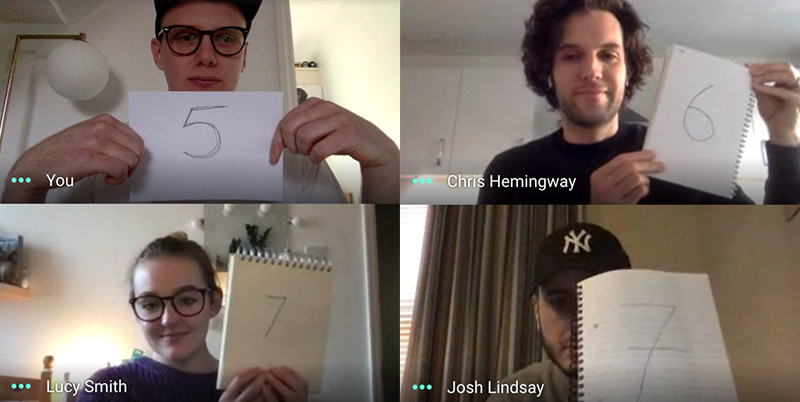 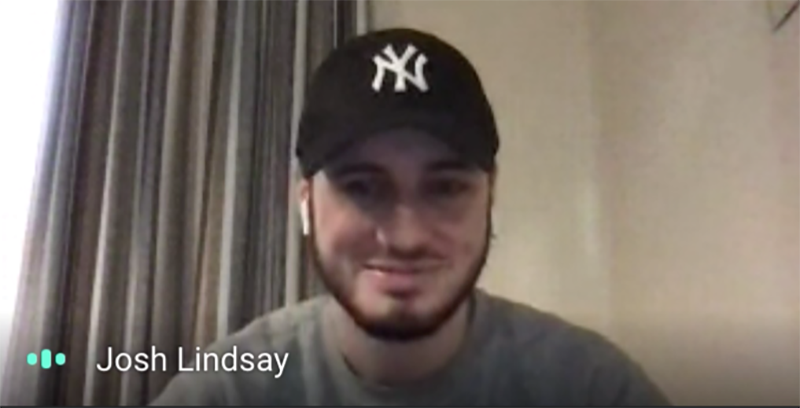 Least Disney’s ad made someone smile!

Christmas is this Very moment

At first, we weren’t sold by Very’s Christmas ad (it relies on some heavy ad tropes, shall we say). But, don’t let the beginning fool you – it soon turns into one of the most 2020 Christmas ads you’ll have seen so far this year. From over-enthusiastic neighbours to dressing up the dog – the scores don’t lie. 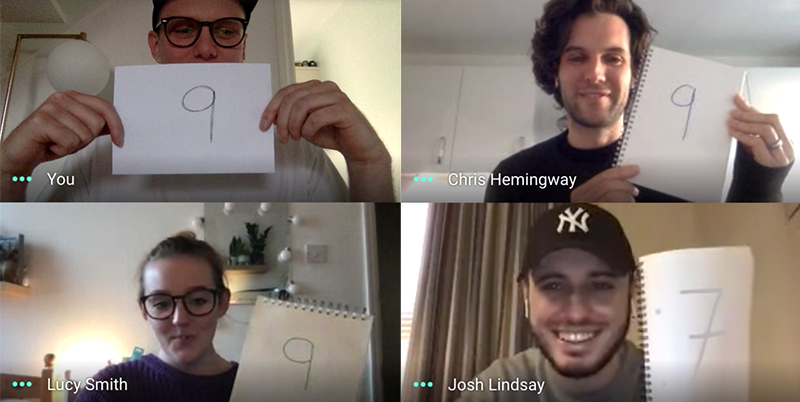 Kevin, Katie and the kids return to our TVs this Christmas, making him a stalwart of our screens (after all, he’s been featuring in Aldi ads since 2016). This year, Kevin is trying to beat the odds, and make it home in time for Christmas – with a little help of some movie clichés, and Jim Broadbent’s Santa Clause. Winner! 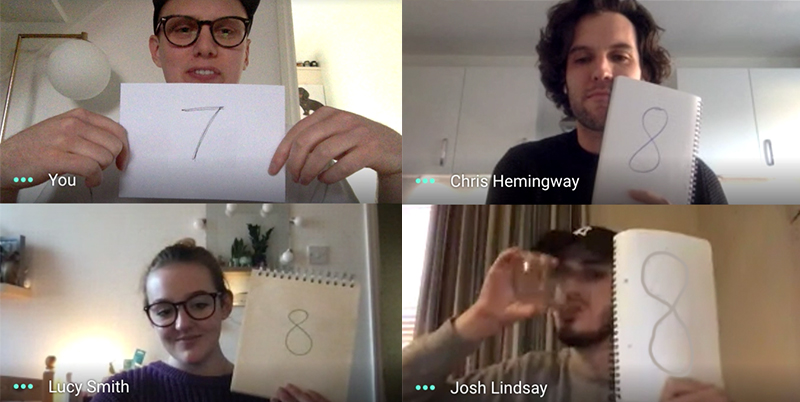 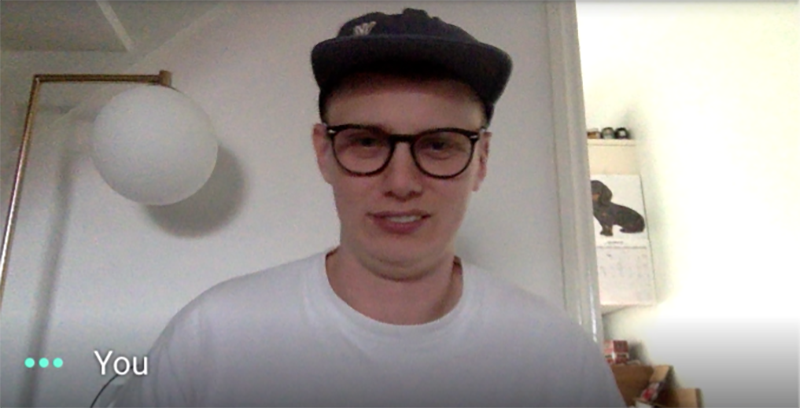 Father Christmas To The Rescue

Our review of Barbour’s 2019 Christmas ad was more-or-less favourable. This year, Barbour didn’t fare as well. 2020 saw the return of Father Christmas, but it soon degenerates into unbelievable nonsense (in a Christmas ad? I know – who’d have thought). We weren’t convinced that a child would want to bypass a present this year in favour of getting his Dad’s beloved “heirloom” Barbour fixed, put it that way. 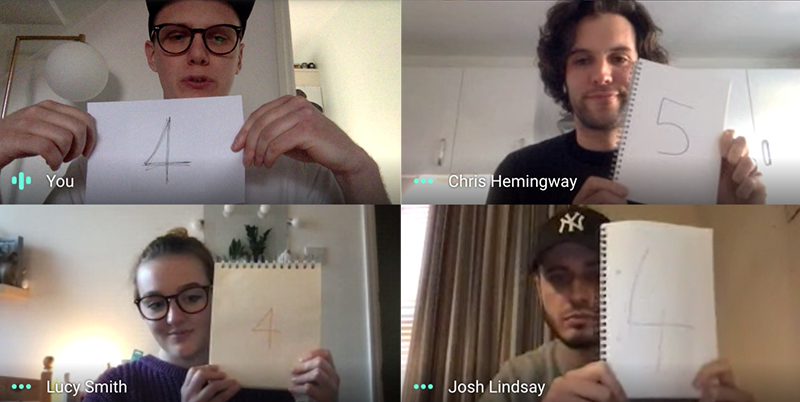 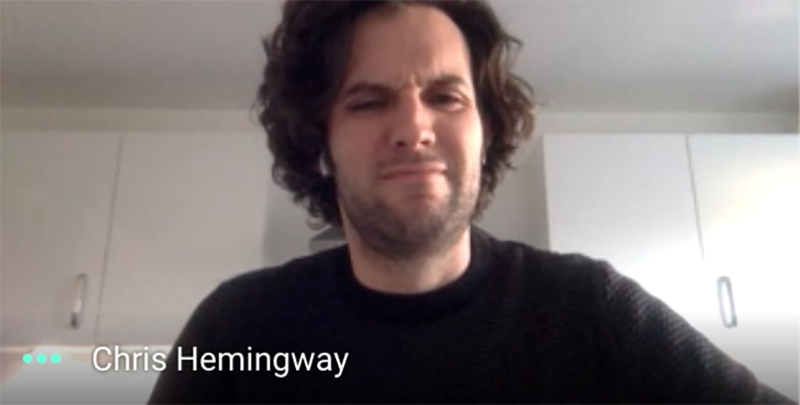 Give A Little Love

Ah, John Lewis & Partners. The creme de la creme, the piece de resistance of Christmas adverts, until 2019. We get it, JL&P, you wanted to remind people to be kind during a year of turmoil – but it turns out we wanted a new Excitable Edgar, with a similarly-gut-wrenching character arc that left us with a warm and fuzzy feeling. 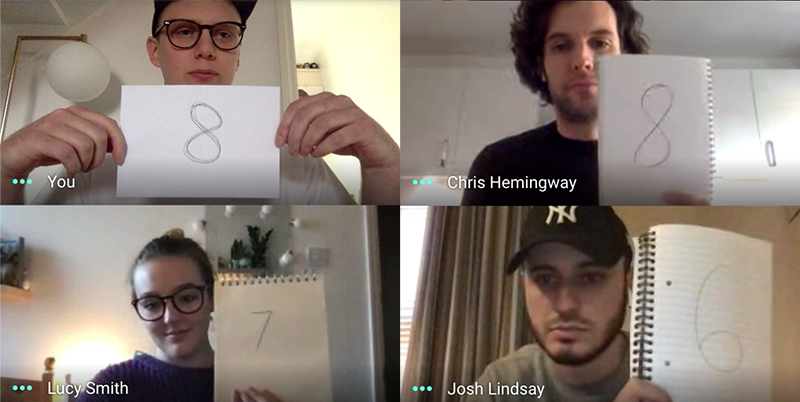 McDonald’s attempted to pull on the heartstrings with this year’s ad. Featuring a Becky Hill cover of Alphaville’s Forever Young, McDonald’s attempts to convince us that children are choosing carrots in their Happy Meals! Nevertheless, I would say the scores don’t lie – but McDonald’s is en-par with John Lewis & Partners. 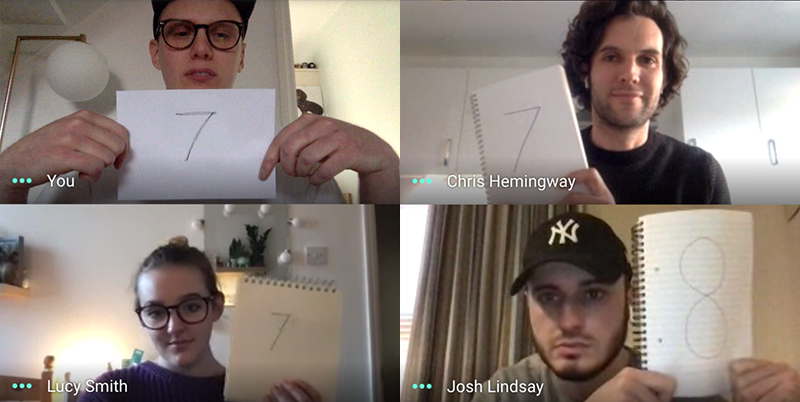 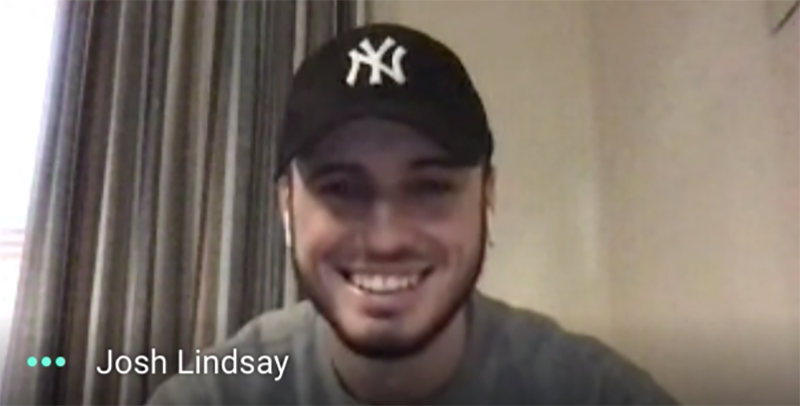 A Christmas you can believe in

Lidl hit us this Christmas with, well, the antithesis of the traditional Christmas ad. Revolving around a “Christmas you can believe in”, with “emotional” gravy, and some pent-up aggression being taken out on a familiar-looking carrot, Lidl may have won Sam, Chris & Josh over, but I wasn’t sold. Sorry, Lidl (except, not really). 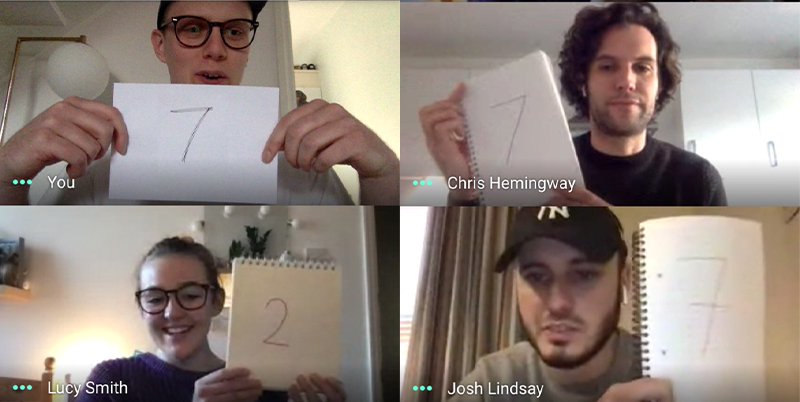 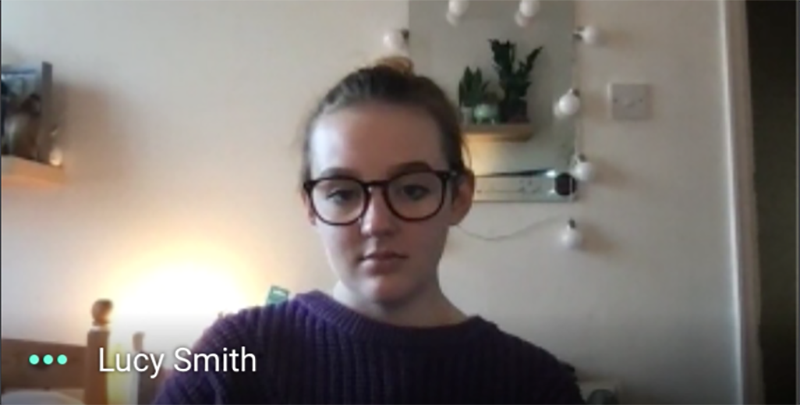 The Naughty List is cancelled this year, and we’re all here for it. Regardless of what you’ve done (like cutting your sister’s hair), to how you acted during lockdown (we’re looking at you, Santa – going on holiday) – you’re allowed to enjoy this Christmas. Hell, we deserve it! Tesco, your ad is a winner (in our eyes, anyway). 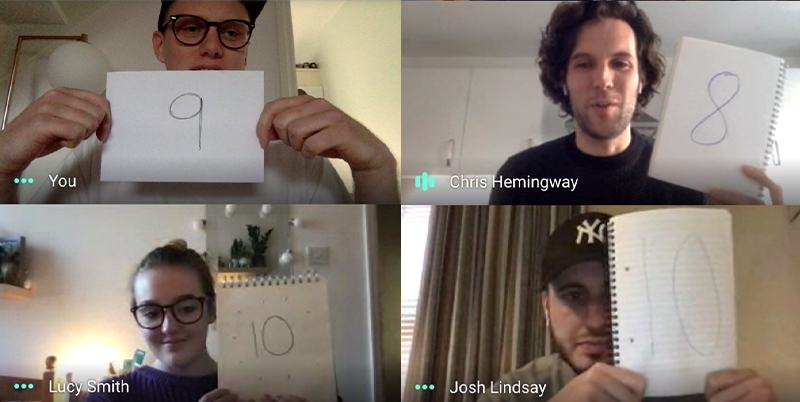 If I had to pinpoint one thing that I loved about this year’s Sainsbury’s advert, it has to be… the fact it annoyed racist people on Twitter. What should have been a heartwarming ode to good gravy has proven that, as a nation, we still have a way to go when it comes to bigots in the bagging area. Nevertheless – we’re still fans because that gravy does look pretty good. 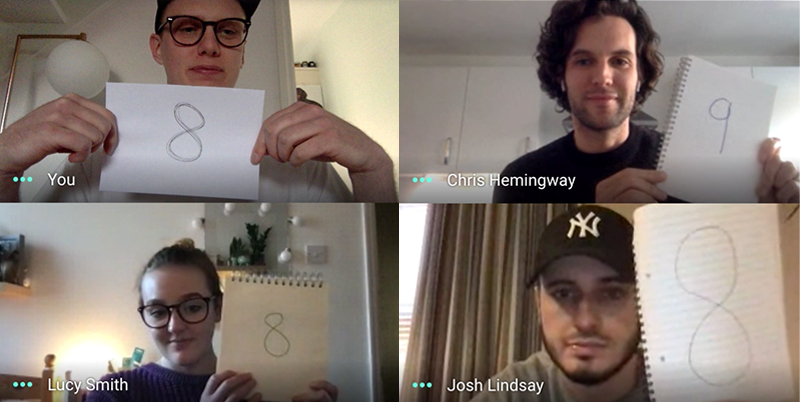 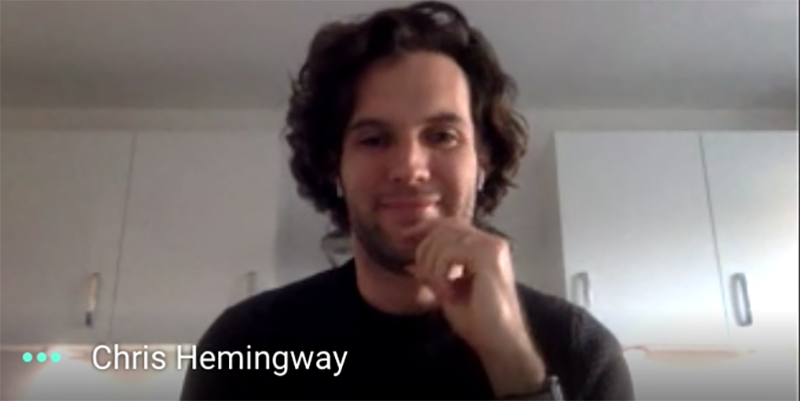 There is one thing that sets Coca-Cola’s Christmas ad apart from the rest: Taika Waititi. He creates nothing short of a cinematic masterpiece for Coca-Cola this Christmas, as we follow the journey of an oil rig worker trying to deliver his daughter’s letter to Santa. We won’t spoil it, but thank goodness Coca-Cola didn’t just rely on the Holidays coming – this ad is next-level. 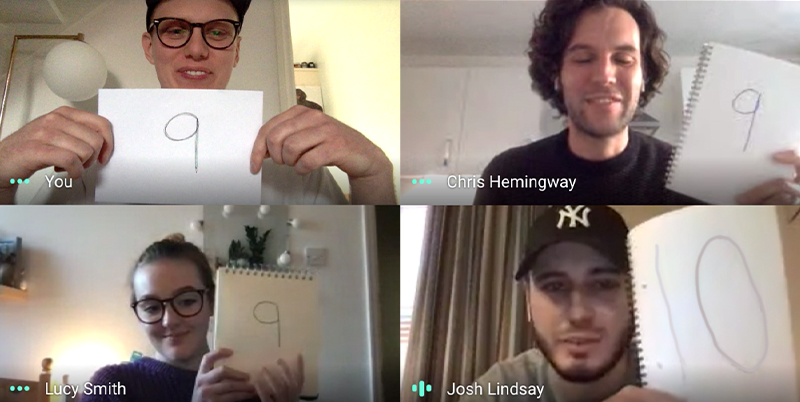 Your Phone's Seen A Lot This Year

“The thing with this ad,” Josh told us, “Is that you’ll be singing the jingle everywhere – like in the shower”. And that’s the best summary I can give you for the earworm that is the Three Christmas ad. While it may not be that memorable – it does hammer home how reliant we’ve been on our devices this year… but it isn’t as if there’s been much else better to do now, is there? 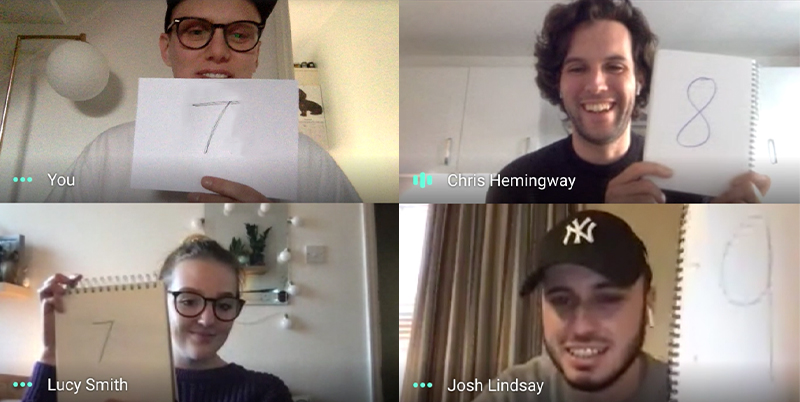 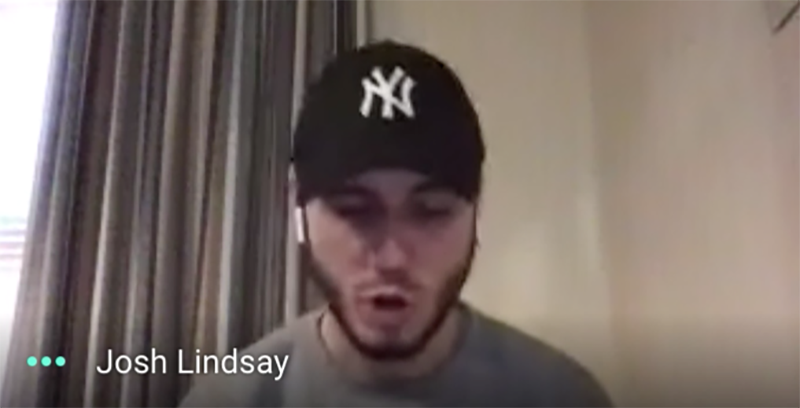 2020 September Issues: Who's making waves and changing it up