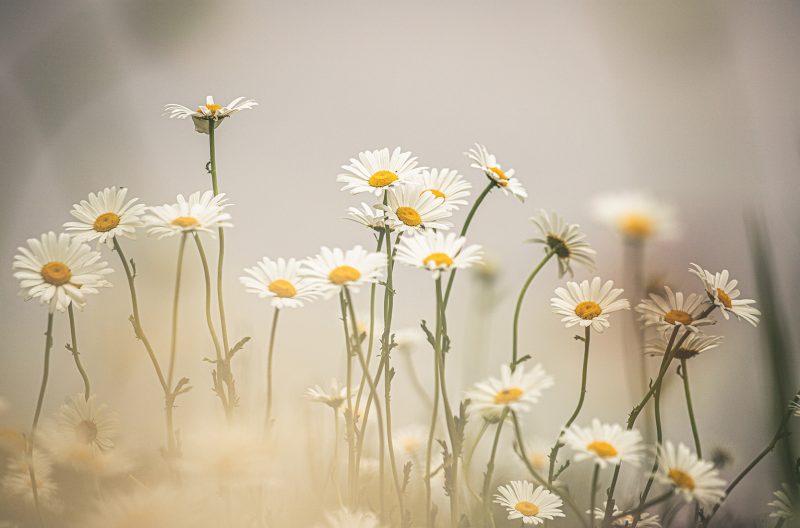 Snuff it. Give up the ghost. Kick the bucket. Meet your maker.

There are so many phrases for death in the English language, which is admirable, for a society that hates talking about it.

Saying that, I AM one of those people who hates talking about death. It doesn’t seem to take much for me to be suddenly struck down by the fear of my mortality. So, as a way of dealing with my own crippling existentialism, I thought I’d write about the one thing that’s guaranteed in this life: the end.

More specifically, how both marketing and society needs to get over its stiff upper lip, and embrace the fact we’re all going to cark-it eventually.

Well, why should I care? It isn’t as if I’m going to be around…

Death is the antithesis of life. Even though it’s widely believed that Millennials and their Gen-Z counterparts are running away from death (finding it a subject that’s easier to ignore than embrace), the truth couldn’t be more different.

In fact, young people (encompassing Millennials and Gen-Z) have been dubbed ‘death positive’. We’re becoming realists – we’re accepting that it’s going to happen (whether we want it to or not), we’re more open about what we want when we’re gone, and how it’s going to be paid for.

When you think about it, it isn’t surprising that young people have a heightened sense of their own mortality. As I type this, the planet is dying (we have less than eleven years to prevent irreversible damage from climate change), and people are dying. We’re less likely to procreate, because the lives of our children are going to be difficult. Even though we may not be exposed to more death than our predecessors, it’s still looming over us.

Plus, we’re also now thinking about the impact we’re going to have on the planet after we’ve bowed out – which has led to a surge in popularity for sustainable demises. From the legalisation of human composting in the US, to turning your remains into fireworks, trees, or even a reef, the business of death is changing in-line with what its consumers want – it’s just a shame that the companies that market it can’t say the same.

If you think back to the life insurance advertisements of yesteryear – think Michael Parkinson offering SunLife policyholders a free Parker Pen – the way death and funerals are perceived has evolved a lot in recent history – and it’s a trend that isn’t going to change any time soon.

*on Ellen*
ELLEN: so i hear u tweet about wanting to die
ME: haha yeah, i do
*Death comes out, creeps up behind me*
ME: omg ellen you didnt

So, when did death become so… grey? Well, we have the Victorians to thank for that. Back then, people were expected to mourn for up to four years –  and you were judged if you didn’t wear black or dark colours.

As a population, we’re the future of many things – death included.

There’s no denying that the conversations we’re having about death are becoming more open, so it’s only natural that brands, funeral directors and life insurance companies (you know, the ones that are tasked with selling us the reality of our mortality) should be equally as open.

It probably doesn’t help that, as a society, we’re so hesitant to discuss the reality of passing away – which is probably why we have so many euphemisms about it. Until we start having real conversations about the end of our days, they’re not going to get any easier for us.

It’s worth remembering that death is big business. It presents brands and businesses with a unique opportunity that very few are capitalising on – even though we’re all going to need it, eventually.

Brands should be exploiting this opportunity, and embrace changing consumer attitudes to help deliver the future of death. Consumers deserve the demise they want – and companies should be open about delivering it, and respecting their wishes.

These organisations should banish the banality of corporate blue, and embrace warmer, weirder and wackier existences to make becoming wormfood easier on the mind. Let’s be honest; it would be better if these conversations were a little more tongue-in-cheek, and less Dickensian morbidity.

Marketing to die for

Hopefully, we’re all a while away from biting the dust – but that doesn’t mean it’s a topic that needs reserving for your deathbed. An increasing number of brands and businesses are waking up to this fact, and are turning our perceptions of death on its head.

Here are some of my personal favourites:

DeadHappy is a fintech brand that launched back in 2017, offering fully-digital, pay-as-you-go life insurance. Since then, it’s dominated headlines with its novel take on riding the pale horse.

So, sure, it’s technologically revolutionary – but that isn’t what makes it unique. With its frank messaging (reinforcing the idea that life is too short to spend searching for life insurance), the brand seeks to exclusively target Millennials and other young people who wish their financial service providers were a little less… stuffy.

When you visit DeadHappy’s website, you can set up your life insurance in as little as four steps, without the complicated jargon that typical insurance brokers are renowned for.

To begin, you make a deathwish (which can be anything from paying off your mortgage to treating your loved ones to a shopping spree). From there, you answer some simple questions, then the deal is sealed, and you can purchase your new policy.

To some, it may seem weird, but to the demographic that DeadHappy is trying to appeal to? It’s a refreshing change. It’s nice to see a business trying to do things differently, instead of employing the typical sales techniques that push your impending passing.

Founded in 2015, Farewill has a single, uncomplicated mission: to make dealing with death simple.

With services ranging from the creation and maintenance of your will to cremations and probate, the brand has managed to achieve the delicate balance between friendly warmth and legal professionalism.

By blending smart technology with outstanding customer service (their words), the cold, complex, and incredibly stressful reality of being six feet under (or three feet, if you choose to have a natural burial, which is far kinder on the environment) has been banished to the history books, to make dealing with death easier, faster, and fairer for people all over the country.

At the start of this year, with the help of illustrator Anna Charity, Farewill rebranded, and adopted a warmer identity to make it stand out against the ‘fifty shades of blue’ that’s seen on the broader corporate circuit. By making the world of Farewill feel friendlier, the brand is helping to break many of the taboos surrounding death, while still taking its customers seriously.

The race to the inevitable

As I’ve already said, death is big business – but companies are going to need to change their tact if they want to continue appealing to their consumers.

And, when Millennials and Gen-Z are the future of death, we’re going to see a heightened interest in curating the perfect afterlife, making sure our legacies are reflected in our online presences. With that in mind, it’s only to be expected that Instagram-worthy funerals are subsequently growing in popularity.

So, granted, maybe ‘race’ is the wrong word to use. But, when the planet is degenerating at a similar pace to our own lives, maybe we have other things to worry about.

Ultimately, you get the feeling that society and brands have forgotten that this isn’t the Victorian era any more. Death is a subject that needs addressing head-on, and not disguising with euphemisms and existentialism. Otherwise, people won’t be able to get the demise they feel they deserve. Besides, I’m a bit of a fan of trivialising the end – it’s not as if it’s going to be your problem when it’s all over, anyway.