HOLD THE DOOR! How Game of Thrones became such a global powerhouse (and a marketing opportunity for brands) 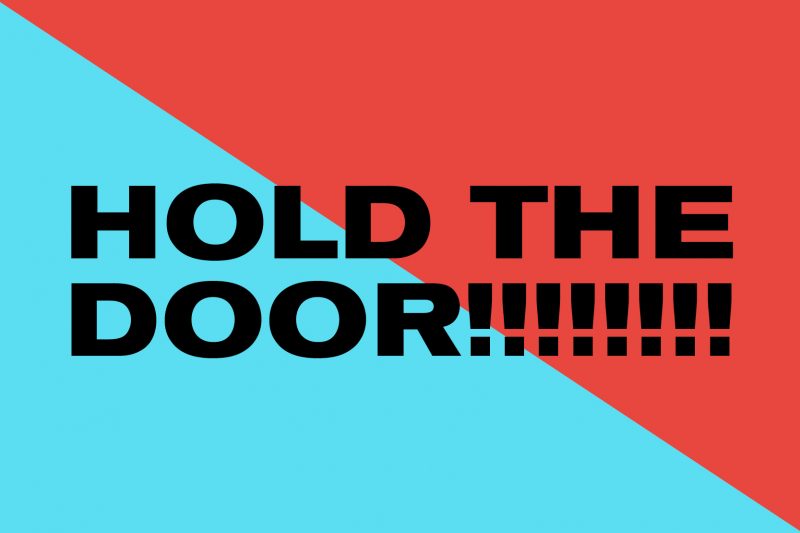 *SPOILERS AHEAD SPOILERS AHEAD SPOILERS AHEAD* Right, this blog contains spoilers from the latest Game of Thrones episode “The Long Night”,  which premiered in the UK on Monday, as well as earlier episodes of the show. If you haven’t watched it yet, we highly recommend that you immediately close this blog, because the dead are here, and we’re definitely going to talk about it. Don’t say we didn’t warn you!

So, it finally happened. ‘The Great War’, as dubbed by some of Game of Thrones’ biggest protagonists came to a head last night as the Night King and his army of the dead descended on Winterfell in their attempts to wipe out mankind.

In the particularly dark episode, we saw some of our favourite characters from over the years defend Westeros by engaging in the longest battle in film and television history, literally. Last night’s 82-minute battle absolutely smashed the previous record of 40 minutes set by the Battle of Helm’s Deep in The Lord of the Rings: The Two Towers.

Viewers got a real glimpse into how fearful the army of the dead really are, with some notoriously brave characters (Grey Worm and The Hound, for example) showing clear signs of weakness on the battlefield.

The epic battle eventually came to a halt when Arya Stark (biggest badass in the entire series) leapt at the Night King from behind with a Valyrian Steel Dagger. He managed to catch her mid-air, however, and, with death for Arya looking imminent, she managed to draw on everything she’d learnt over the years in combat by dropping the dagger into her spare hand, and thrusting it through the Night King’s torso, thus destroying the army of the dead forever.

HBO, and in particular David Benioff and D.B Weiss, have pulled it off again. They have constructed an episode that managed to put us through every single emotion possible in the space of an hour-and-a-half. It was for this reason amongst many others why last night’s episode broke several records.

With a budget of roughly $15 million per episode for series eight, the adaptation of George R.R. Martin’s ‘A Song Of Ice and Fire’ novels have become the most expensive TV show ever made.

It’s only fitting that the longest battle in film and television history should have the hype to match, and that’s precisely what happened. ‘The Long Night’ is officially the most tweeted about TV episode ever. According to Variety, over 7.8 million tweets were made, breaking a record previously set by, you guessed it, Game of Thrones. The previous record was set just two weeks ago, with the season 8 premiere attracting over 5 million tweets.

Whether it was people tweeting memes, people tweeting their genuine reactions, or the *cool* people who wear the fact that they’ve never watched an episode of Game of Thrones in their sheltered lives like a badge of honour (we all know at least one), the hashtags #GOT and #GameofThrones dominated the trending maps across the globe.

Smashing records like this doesn’t just happen by accident. As well as producing arguably the greatest television show of all-time, HBO has managed to keep it at the very top for so long now.

Google Trends recently released a number of online statistics dating back to 2011 when Game of Thrones first aired on HBO, including the most searched questions over the years, the most searched theories, and even which countries in the world have been tweeting about the show the most. Surprisingly, the lovable chef ‘Hot Pie’ is the second most common name searched in the question “Will…sit on the Iron Throne?”. Check out Google’s Game of Thrones trends for yourself here.

So, how exactly has HBO managed to turn a series of novels into a global television powerhouse? Let’s find out…

The origin of Game of Thrones, and *that* question

The story that Game of Thrones is officially based on dates back over 20 years when author George R.R. Martin brought out the first of his series of ‘A Song of Ice and Fire’ books in 1996. Over the next decade or so, several television and film companies became engrossed with the four books that had already been released, desperate to bring this story to life onscreen.

It was, however, David Benioff and D.B Weiss who won over Martin, showing him just how much they’d fallen in love with his book series over lunch AND dinner at Hollywood’s Palm in 2005. Martin tested the writers’ loyalty to the books by posing them a question; who is Jon Snow’s mother? Benioff and Weiss answered correctly (spoiler: it’s Lyanna Stark), and Martin allowed them to acquire the rights to the story.

Fourteen years later, and here we are, about to discover the end of a show that has shaped the lives of so many. In fact, some fans have been so influenced by Game of Thrones, that they’ve actually gone to the extreme lengths of naming their children after some of the characters!

Needless to say, the original cult programme has become a sensation. Take the UK spin-off show ‘Thronecast’, for example. People will literally tune in to watch a panel of celebrities and GOT fans talk about the programme for an hour, that’s it. But it works. People are so infatuated with the storyline that they always want to know more about it, they want to know about the hundreds of fan theories, and, perhaps most importantly, they don’t want to miss a single second of the action.

With viewing figures multiplying series after series, HBO can look back on the best thing it has produced arguably since The Sopranos with immense pride.

It wasn’t always smooth sailing; however, as the original pilot produced by Benioff and Weiss did not go down well with HBO, and had to be completely reshot. Finally, six years after acquiring the rights, Game of Thrones aired in 2011, and the rest, as they say, is history, further proving that good television DOES work.

Brands inspired by Game of Thrones in their advertising campaigns

Over the years, hundreds of global brands have jumped on the back of the show’s success to deliver innovative marketing strategies and campaigns to advertise their products or services to the masses. In doing this, people that never would have engaged with Game of Thrones have become absorbed in its magic, either through a genuine interest in fantasy television, or through a need to not miss out. Even Primark sell Game of Thrones clothing nowadays!

Anyway, we’ve listed some of the brand campaigns we enjoyed that were heavily inspired by the success of GOT below:

To celebrate the final series this year, as well as their new limited edition range of Game of Thrones-inspired cookies, Oreo and HBO teamed up to recreate the iconic opening credits from the show.

Featuring designs of some of the biggest Game of Thrones characters on the cookies, the campaign has proven to be a hit amongst fans in the US, and the video has been viewed nearly 2 million times on Twitter alone. Watch the video below here:

The UK’s fifth biggest supermarket chain Aldi also decided to focus their marketing efforts on celebrating the conclusion of Game of Thrones this year. Releasing TV adverts named ‘Game on Thrones’, music mirrored to that of the show plays in the background while two Westerosi-like men are both sat outdoors, on the toilet, playing chess. A dragon then swoops in and breathes fire on the two men leaving them burnt to a crisp.

The objective of the advert is to promote Aldi’s cheaper than competitors toilet roll, but any Game of Thrones fan will just be satisfied to see a firm nod to the show.

Perhaps one of the most iconic GOT brand partnerships of all-time, KFC teamed up with Kristian Nairn, the actor who plays the friendly giant Hodor in Game of Thrones. In the UK television advert, Hodor is a KFC employee bombarded by hungry customers who are demanding chicken and fries for lunch.

Mirroring his (spoiler) heartbreaking death, where he exclaims the words “Hold the door!” repeatedly, he shouts “chicken with fries” over and over to a group of quite frankly rude customers.

Hodor then comes to the realisation that KFC also sells chicken rice boxes, which is ultimately what KFC are trying to advertise. Still, it’s nice to see Hodor back in the employment game after carrying Bran around for years and, you know, dying.

Last but certainly not least, it’s the big one. The best television show on the planet combining with the best full-service marketing agency in Leeds to form a stronger power couple than Jay-Z and Beyoncé. That’s right, earlier this month, we launched our Game of Thrones CV campaign to celebrate the finale of a show that is a real favourite in the LITTLE studio.

Focusing on seven key players in Game of Thrones, we wondered, what jobs would these people have if they were in the real world and not caught up in wars and dead armies and stuff? From the Night King becoming a local ice sculptor to Bronn of the Blackwater becoming an elusive private investigator, our designer Sam produced some brilliantly realistic representations of how some of our favourite characters would go about securing professional careers when the game is over. Check out our job board and see which career path we chose for your favourite character here. With three episodes left to go of Game of Thrones, we still have absolutely no idea how this incredible story is going to conclude. One thing can be certain; we are living through television history. In 20, 30 or even 40 years, when future generations are enquiring about the iconic television of years gone by, there’s absolutely no doubt that the genius creation of George R.R Martin and HBO will be at the very top of the list. This, of course, has been helped massively by brands using the success of the show to create campaigns for their own products or services.

A brief history of the Leeds Digital Festival