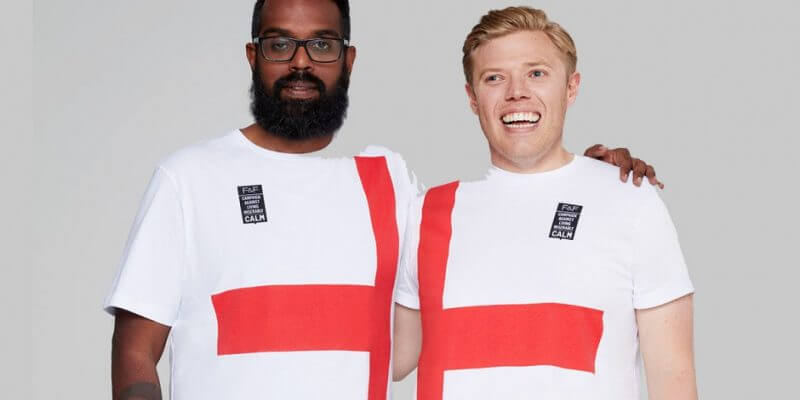 In June, brands and charities around the world draw focus to the subject of men’s health, shifting the focus beyond one cause and looking at the broader picture in order to encourage more men to address health issues, speak more about their health and work with each other to emphasise the importance of self-care.

Over the past few years, we’ve seen an increasing number of charities devoted to various areas of men’s health, alongside brands becoming more actively involved in pushing focus onto the physical and mental health concerns that men face. From finding new ways to reach men such as utilising print media in social spots such as pubs to sculpture installations which encourage more open discussions around the topic of suicide, campaigns are becoming bigger, bolder and harder to ignore, disrupting day-to-day lives to increase awareness.

Time to Change: Be in Your Mates Corner

Launching in February 2017, Time to Change kicked off their five-year campaign entitled ‘Be in Your Mates Corner’, designed to encourage more men to be there for each other and look out for their friends. With 1 in 4 adults in the UK fighting a mental health problem, the campaign highlights the crucial need to support one another. The campaign aims to take a positive step in changing the way we talk and view mental health, following their research which reveals a persistent gap between the attitudes of men and women when it comes to discussing the issue. With men consistently demonstrating considerably less favourable attitudes towards discussing mental health, Time to Change aimed to utilise their knowledge of the barriers men face when opening up about the topic of mental health and utilising these to create campaign material that fuels healthy discussions and supportive friendships.

Time to Change: Be in Your Mates Corner

A short high impact film formed the focal point of the ‘Be in Your Mates Corner’ campaign, which featured three men who travel to their mate’s place of work to offer a bit of well-needed support during his time of need. One of the most important aspects of the video is the final shot of the ‘mate’ who is suffering after his mates have left. The man doesn’t suddenly erupt into a huge grin or burst into song, but exerts a sigh. This is important as it doesn’t create a false pretence of how support works and encourages ongoing discussions and encouragement that will ensure we help each other get through tougher times.

The film was supported by the distribution of physical reminders, such as beer mats which were adorned with phrases such as: ‘Is there a mate missing around this table? Reach out to him’ And ‘If your mates acting differently, it could be a sign of a mental health problem: Reach out, be yourself, do what you love together.’ After they were spotted by a Twitter user; carseatarmrest and posted to his feed, the discussion really took off, with people requesting more of these resources to distribute. The post accumulated 79k of retweets and 215k of likes.

The charity known as CALM, most notably recognised for their work to raise awareness of male suicide, have teamed up with Tesco’s clothing brand F&F to urge people to ‘support your team, support each other and support CALM’. The latest campaign will run throughout the World Cup season and aim to highlight the contrast in men’s behaviour and willingness to demonstrate emotions in relation to sports, compared to everyday life. Featuring CALM ambassador Romesh Ranganathan and comedian Rob Beckett, the stars discuss football as a ‘good trojan horse’ for encouraging men to speak more openly with one another, peers, friends, colleagues and families when it comes to discussing their feelings.

However, in 2018, an increasing number of football-related entities got involved in promoting men’s health. This included the English Football League teaming up with Mind earlier in the year, ex-football star Nevil Southall supporting Eating Disorder Awareness week by speaking out about the issue and even the NHS utilising Football Manager 2018 to help them creator targeted advertisement promoting mental health awareness, which was mainly geared towards young men.

CALM has been seriously busy, getting creative and breaking down barriers in order to make a serious difference in the public eye. The Project 84 campaign focussed on the topic of male suicide and titled as such due to the fact that 84 men in the UK take their own lives every week.

In order to present the shocking stats in the most effective way, to ensure that they could not be ignored any longer. In order to make people stop in their tracks and seriously pay attention, the charity teamed up with internationally renowned artist Mark Jenkins, alongside collaborator Sandra Fernandez, to create 84 individual sculptures. The creation of the sculptures was supported and contributed to by friends and family members of individuals who had taken their own lives.

With the support of Harry’s, producer of male grooming products such as shavers, CALM installed the 84 individual sculptures on top of London-based ITV tower. For a week the sculptures remained on top of the building, accompanied by the support of This Morning and three days of dedicated programming that covered the topic of male suicide. Clearly demonstrating the scale of the issue and with an aim to drive change, the campaign gained national coverage and pushed the public to come together in order to take suicide seriously.

CALM: Project 84 on This Morning

Last year, suicide statistics reached a six-year low, which may have in fact spurred on even more campaigns to drive awareness and push for even lower stats in years to come. With men accounting for three quarters or all cases of suicide in the UK in 2016, for World Suicide Prevention Day 2017, Movember launched the ‘Unmute – Ask Him’ campaign.

The charity aspired to encourage more open conversations in relation to men’s mental health, through producing a number of videos which encouraged friends and family to ask the men in their life how they are feeling. By asking instead of assuming, a dialogue is opened up and allows men to become more aware of the support available to them when someone else starts the conversation.

The collection of videos appeared as any other ad or YouTube video would with the content initially muted, with subtitles that presented as a relatively familiar ‘how-to’ video, including “how to make a soda can fishing rod”, and “how to fix a flat tyre”. When unmuted the spoken narrative did not reflect the subtitles and instead the men featured in the video spoke about feelings of low mood, uncertainty in what to do in relation to their mental health and discussing potentially reaching out to a helpline. This clever and simple tactic encourages life-changing conversations, opening up a dialogue and encouraging healthy and regular discussions about mental health.

One for the Boys: The Difference

If you truly want a message or tagline to stick, there is one sure-fire way to do it… get Samuel L. Jackson involved of course! That’s just what charity; One For the Boys, did to really make an impact. With a number of campaigns under their belt, ‘The Difference’ is designed to encourage men to address their physical health and visit the doctor when they begin to not feel right.

The story revolves around a man who ignores his symptoms until he eventually ends up in hospital in a critical state. The imagery also features his young daughter and arguments with his wife, encouraging individuals to address ill health for their own sake and the sake of their loved ones.

For a minute, the story is only accompanied by music, however, Samuel L Jackson kicks in with the hard-hitting statement; “Cancer waits for no man.” The voiceover encourages men to no longer put their head in the sand, under the presumption that the problem will go away. The use of a celebrity with such a memorable and significant voice is valuable in this campaign and makes it stand out from the crowd to really drive home the important message.

One for the Boys: The Difference