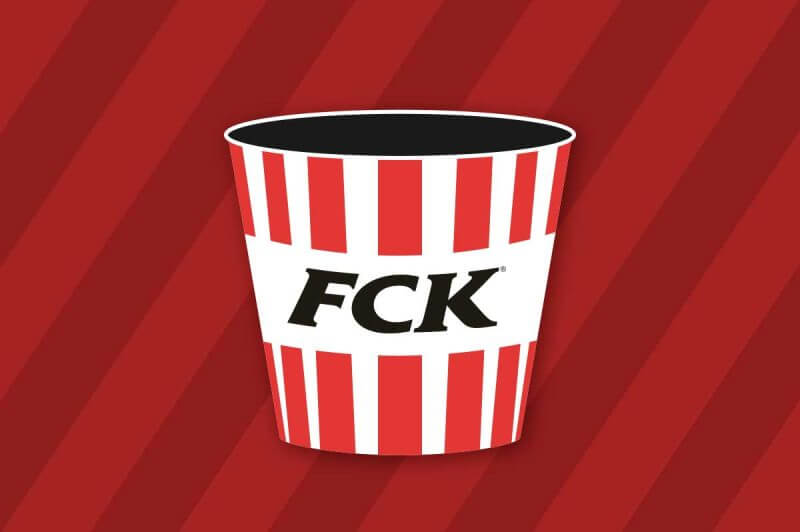 It might seem like the second month of the year is destined to be packed with soppy love messages and cliché pink branding materials, however, this year there’s been some interesting turn-outs from big brands such as Nike and McCain. Alongside this, reactive advertising and heaps of free press coverage as a result of the KFC fiasco and some well-intentioned, if not slightly tone-deaf, limited edition branding from Johnnie Walker, made February a pretty memorable month when it comes to brand activity.

KFC may have seen its worst week ever during February, with a UK-wide chicken shortage, followed by a ‘devastating’ gravy shortage later in the week. This ‘national crisis’ made headlines worldwide with frantic chicken fans despairing over the shortage after just days without their deep-fried fix. Councils distributed messages across their social media channels, begging the public to cease contacting the police in relation to the #KFCCrisis following what was revealed to be a logistics error on the part of DHL.

The chicken giant had recently switched from the specialised food distributor, Bidvest, to centralised distributor DHL, with the logistics operator tipped as being responsible, in part, for the unforeseen interruption. In hindsight, the KFC fiasco has actually resulted in creating even more demand than before, in fact providing KFC with heaps of ‘free’ media coverage generating a buzz around the product.

The fast-food chain quickly released the below apology, with the clever rearrangement of ‘KFC’ to form a nearly-expletive message, which was almost too perfectly planned…? As we all know, scarcity creates demand, and this seemingly ‘public relations’ nightmare, could have in fact been a finely tailored method of generating a stampede of hungry customers, who may not have visited the chain in years, due to the fear of missing out? 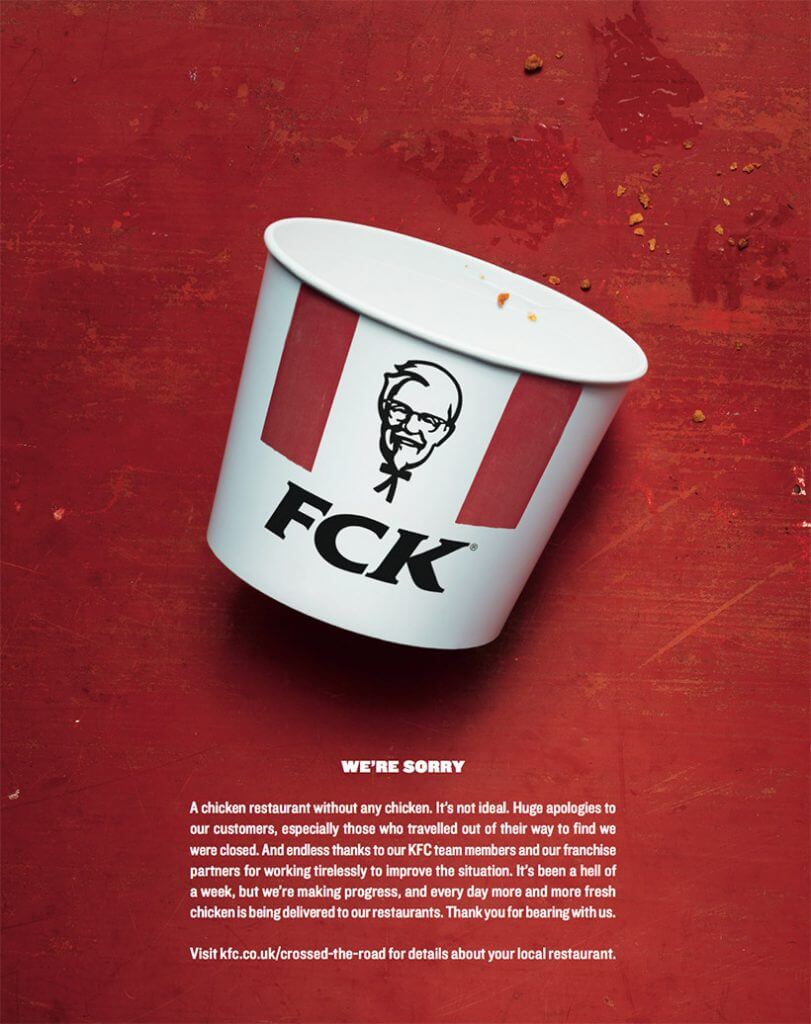 Nike: Nothing beats a Londoner

The latest advert to come out of the global sporting brand, Nike, is the short film entitled; Nothing beats a Londoner, featuring a heap of cameos from athletes, musicians and celebrities, including the likes of Mo Farah, Harry Kane, Dina Asher-Smith and Skepta. Created by W+K London, the advert has been hailed as one of the best yet, with particular appreciation generated from various quarters of the capital, including Mayor of London, Sadiq Khan.

The film in itself is a piece of art, showing the ‘real’ London, rather than tourist hotspots such as the West End and Picadilly Circus and upmarket Kensington, the advert centres around more urban areas including an edgy Peckham backdrop.

The individuals featured are also well considered and entirely appropriate to the brand, with the products not only practical and aimed at athletes and sports participants, but also forming an integral part of street style within the youth culture of London.

The overarching theme of the ad is dynamic tension, which fuels internal fires and pushes for better every time. With rivalries between the participants and the boroughs, the culturally rich focus of the advert truly rises to the surface. The ad places emphasis on ‘one-upmanship’ including the increasingly difficult feats faced by both established and aspiring athletes in the area, including; poor weather conditions, lack of outdoor space and the need to travel miles to get to training.

To date, the ad has amassed over 8.5million views on YouTube, with each of the athletes featured given their own spot within the action, which they were then able to push out onto their own social media to generate further buzz. Since its launch, the ad has now been pulled due to the sports brand facing a legal challenge over the use of ‘LDNR’.

Nike: Nothing beats a Londoner

What would a February campaign blog be without mentioning the Marmite of holidays; Valentines Day. McCain decided to shake it up this year and focus on diversity within relationships and cast out outdated ideas of what ‘normal’ is.

The Valentines McCain advert follows last years ‘We Are Family’ advert, which saw different kinds of parents, which also aimed to cast out the term ‘normal’ for an approach that considers all kinds of parents and family units.

Unfortunately, Lee and Mat Samuels-Camozzi, who starred in the previous ad, with their young son, Carter, were subjected to a tirade of online abuse following the airing of the ad. The couple appeared momentarily in the advert, which features numerous different people, and were on the receiving end of homophobic slurs from online trolls, across social media.

The latest ad to celebrate February 14th relays the important message that love knows no gender, ability or so-called disability or demographics. The ad features couples from all walks of life and backgrounds, in order to celebrate diversity which has subsequently built a stronger brand meaning and association.

Finally, Johnnie Walker may have missed the mark with this limited edition whiskey. In order to support International Women’s Day, in March, the brand announced that they would temporarily replace the top-hatted gentleman adorning their current packaging, with a woman. The drive behind this was intended to broaden appeal to women and ‘support empowerment causes’, however, has this really landed as intended?

When we look at what could be considered a slightly lazy approach to supporting women’s rights and empowerment, it could be compared to other recent travesties, including the ‘Lady Doritos’ moment, which was definitely more tone deaf than JW, but similarly, wasn’t incredibly well considered.

The idea and sentiment are clear and well-intentioned, however, the campaign has been met with cynicism due to the lack of depth. Conversations online have questioned the thought process and state they would have liked to hear more about how the Johnnie Walker brand actively supports equality, including championing female employees and actively making space for women within the industry that the brand has claimed is ‘seen as particularly intimidating by women’. It’s hard to understand why JW didn’t push this campaign further, considering that nearly 50% of their ‘expert blenders’ and 6 out of the 15 c-suite are women…. Perhaps Johnnie Walker needs to shake up their PR and Marketing departments next time, rather than shoe-horning a woman into their branding and expecting the same results? 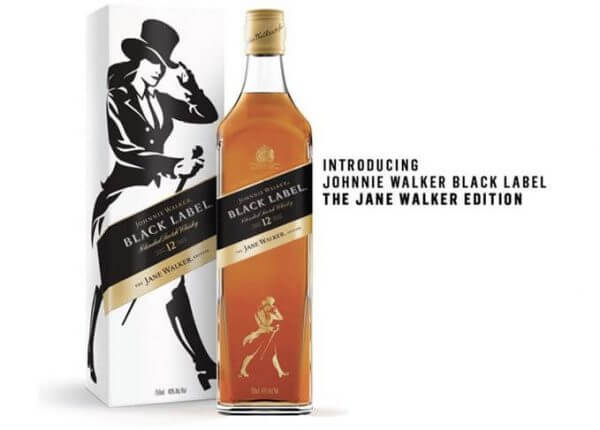