2017: A year of meaningful campaigns 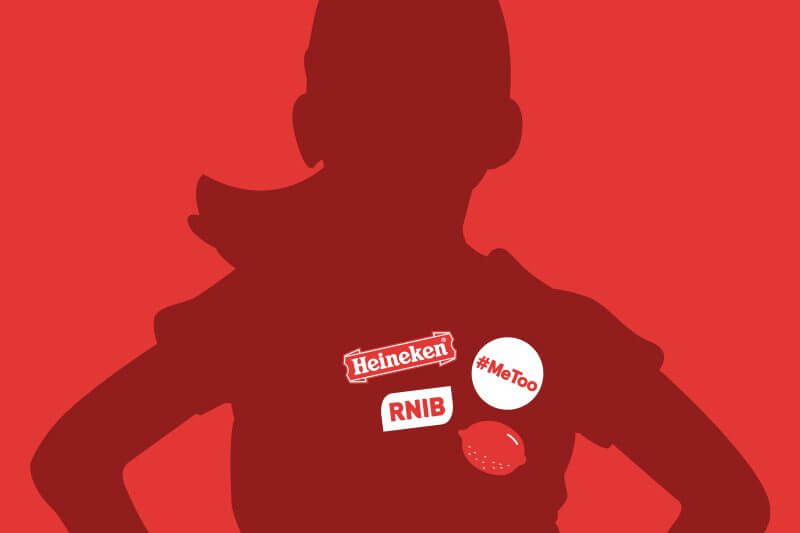 2017 was a year of change. A huge shift in society and attitudes was inevitably going to have a knock-on effect on the way brands market to us. We saw a widespread adoption of digital innovation, with extra attention paid to video, which is now the favoured media across the global leading social media platform; Facebook. Through a snap general election, a new and tumultuous first year of the Trump presidency and huge shifts in ways of thinking thanks to societal movements, 2017 was a big year.

With 2017 establishing itself firmly as a year of significant social and global change, we also saw a growing number of brands publicly supporting a specific cause or purpose. Brands have long shown their dedication to charity through sponsoring particular events or raising funds for the cause, however, in 2017, we saw many changes in the way society dictates how we treat one another, a topic that Heineken saw an opportunity to tackle in their campaign ‘Worlds Apart’.

The Head of Marketing at Heineken, Cindy Tervoort, claimed the campaign and ad were built following the insight “empathy, openness and tolerance are under threat”. Focussing in on our differences with one another when it comes to big conversations that are currently occurring, the advert featured pairings of people meeting for the first time. Within these pairings, we saw individuals such as feminists and anti-feminists, a transgender woman meeting a transphobic man and a climate change denier meeting an environmental activist – to name a few.

The people involved in the advert were paired with someone who expressed a polar opposite view to their own. The aim of this activity was to bring together these unlikely duos to find common ground – through several activities and sharing a beer. Although the brand approached the topic with good intentions, the ad was met with mixed reviews. Winning several awards in categories such as brand voice, strategic storytelling and business citizenship/corporate responsibility, alongside being well received at Cannes. However, some writers and critics claimed that this brand did not care about ‘social justice’ with the ad being pegged as a sale ploy rather than a purposeful pieced of marketing.

The #KnowYourLemons campaign was designed to specifically work on Facebook, and transcend language in order to spread worldwide and boost awareness. With the general consensus around breast cancer cases being that lumps are the main symptom or sign, utilising the use of a household object allowed the WBC to demonstrate the 12 different signs that breast cancer could be present.

The campaign cleverly evaded any censorship rules by utilising lemons rather than an image of a breast itself, which could have limited the reach of the campaign and therefore depleted the efforts. The angle of the campaign took a lighthearted and humorous approach to an otherwise heavy subject matter, in order to break down misconceptions and fears of performing the regular checks.

The imagery created for the campaign acted as a gateway for users to access a microsite, specifically designed to offer more in-depth information and integrated a quiz which allowed users to establish their risk of breast cancer based on demographics, lifestyle choices and other attributing factors. 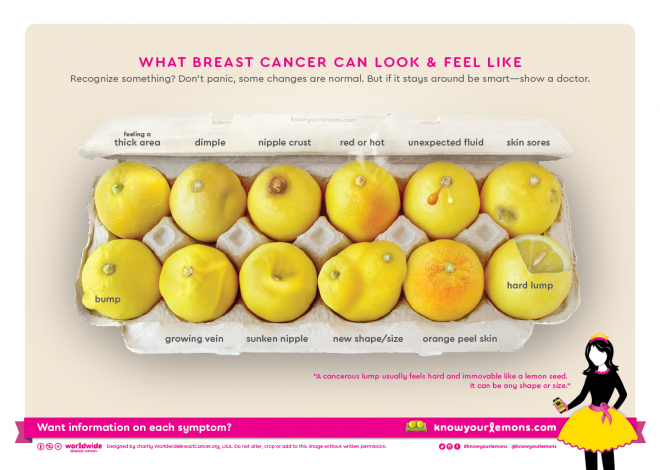 Rather than creating their own ad, the RNIB worked with Channel 4 to create a number of filters which offered viewers the ability to see what their visions would be like if they had a life-changing visual impairment. Before each new advert, the Channel 4 ident was used to present a new impairment and explain what this does to the eyes. The filter overlaid on the following advert would then get more and more intense to reveal effects of these ongoing conditions.

The ad break was also followed by another run of the filters and idents featured an audio-descriptive version, which demonstrates how visually impaired people rely on this service to understand the full extent of what others are able to see on screen.

This multi-sensory campaigns cleverly raised awareness for the charity, but also highlighted the importance of eye-care and likely promoted many of those living with symptoms, which they may have previously not associated with one of these conditions. For many of us, it can be difficult to truly understand the effects of living with one of these visual impairments, whoever, this campaigns demonstrated these in a very real way and boosted the importance of supporting the RNIB.

With the triumphant statues created on what was described as a ‘shoestring budget’ and included no additional spend for paid media, the success of this simple but powerful imagery was palpable. Reporting on the campaign, SSGA reported $7.4 million worth of free marketing, 4 Grand Prix at Cannes and a total of 18 Cannes Lions. Not only did it draw in a significant amount of recognition, but also achieved its core objective promoting the one-year anniversary of the businesses ‘SHE Fund’. This funding is used to invest in businesses that have women in top leadership roles and aims to increase the number of women in c-suite roles. Three days after the unveiling, the business saw a 384% average daily increase in trading volume of the SHE Fund.

Social media went wild for the new Wall Street, gathering over 1 billion Twitter impressions within the first 12 hours of the implementation. The statue also made over 1,600 TV segments, amounting an audience number of 43.3 million in three weeks and appeared across over 215,000 Instagram posts in 12 weeks. The statue also spurred on a petition for the Fearless Girl to remain in her spot throughout 2018. Unfortunately, in October 2017, the company were revealed to be facing equal pay disputes, with the firm accused of paying hundreds of female executives less than male colleagues. 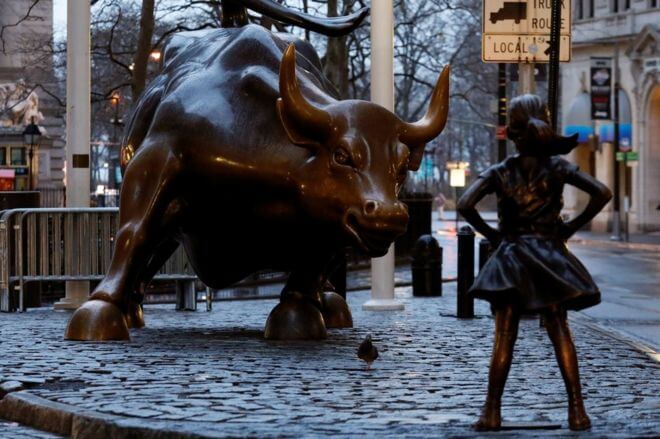 Although not associated with a brand, the #MeToo movement was possibly one of the most significant and important social movements of 2017. Following the wake of numerous reports of Harvey Weinstein, and other high-profile Hollywood individuals, sexual harassment misconduct allegations, celebrities and members of the public took to social media to share their personal experiences.

The phrase and hashtag had been long used by social activist, Tarana Burke. The community organiser created the phrase originally used across Myspace in 2006, which aimed to promote’ empowerment through empathy’, particularly amongst women of colour who had suffered sexual abuse. Her work primarily looked to improve the lives of women of colour within underprivileged communities. The inspiration for the phrase, Burke commented, came about during a conversation with a 13-year-old girl who confided in her, regarding her experiences of being sexually assaulted. Her later regret was that she wished she had simply told the girl, ‘me too’.

In October of 2017, actress Alyssa Milano adopted the use of the phrase to spread awareness of the ongoing issue of sexual assault. The movement encouraged both men and women, of all races, ages, genders to share their experiences or if they were unable to, know that so many others stood in solidarity with them. The movement revealed the sheer magnitude of the problem and resulted in many more women and men openly discussing their experiences. 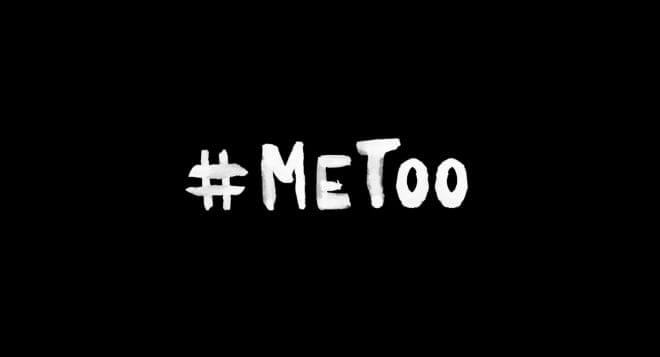 With many brands choosing to get on board with social issues and push for a more practical approach to CSR, we will likely see more and more businesses aiming to do the same in 2018. However, we must remember that it is part of our responsibility as businesses and agencies, to remember that these social movements should not be used for profitable gain or to sell products. Brands must maintain the core objective of supporting those affected and making a real difference to the world.

Got a question about digital marketing, social media or advertising? Or maybe you have a website project you would like to talk to us about? Get in touch with LITTLE today!