Be a brand to die for! How to get the most out of your brand at Halloween… 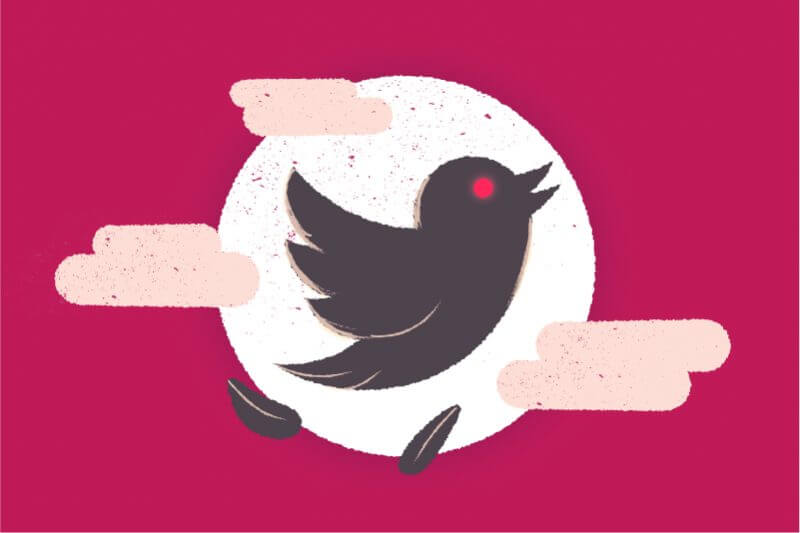 Every year, a small selection of brands manage to really nail their Halloween themed marketing. From introducing limited edition products, often in spooky colours, to changing their online branding for a few weeks in the run-up to one of the most coveted events of the year, to even exacting spooky pranks on unsuspecting members of the public.

It’s important for brands to get involved in seasonal events and holidays, in order to open doors to additional engagement with their customers. It’s one of the few opportunities that many brands get to be quirky, think outside the box and produce something totally unexpected, that will dazzle and intrigue their audience. Most importantly, it’s the ideal opportunity to draw some real attention to your brand. Think witty, bold, cheeky and quirky – but be sure to keep it inoffensive and sensitive of current affairs. There is no quicker way to wreck your brand than producing a clumsy, entitled and ignorant attempt at humour, in the name of trying to be noticed.

Halloween in the UK

Traditionally, Halloween has largely been an American holiday. However, in recent times, the freakily fun event has crossed the Atlantic and made a splash in the UK. A multitude of brands now get involved in the seasonal holiday, with this years additions including, Aldi’s Addams Family-style ads or Fanta’s biggest ever Halloween campaign, with the launch of their own Snapchat filters, acquired from their specially designed packaging.

More importantly, Halloween in the UK has become as much of a celebration for adults, as it is for children. Mintel recently revealed that UK spending is set to reach around £320 million, in 2017, with confectionary hitting the biggest category in terms of volume of purchase, in 2016, closely followed by pumpkins, fancy dress clothing and accessories, decorations and cosmetic products.

Other brands experiencing high volumes of demand during the period include those operating in the FMCG sector, particularly within sales of alcohol. With brands such as Budweiser hosting Halloween events such as the Nightmare Circus Halloween Party, a travelling event that will visit some of the UK’s biggest cities. The campaign aims to build brand affinity in order to secure Budweiser as the number one choice for Halloween parties.

Remember a few years back when Tesco decided to make over one of their stores with spooky tricks, turning it into the Spookermarket? This quirky approach to Halloween advertising featured unsuspecting shoppers being spooked by petrifying pumpkins and garish ghouls, hidden in the aisle of their local store. Racking up over 2 million views on YouTube, this creepy campaign was definitely memorable, we expect even more so for the creeped-out customers! 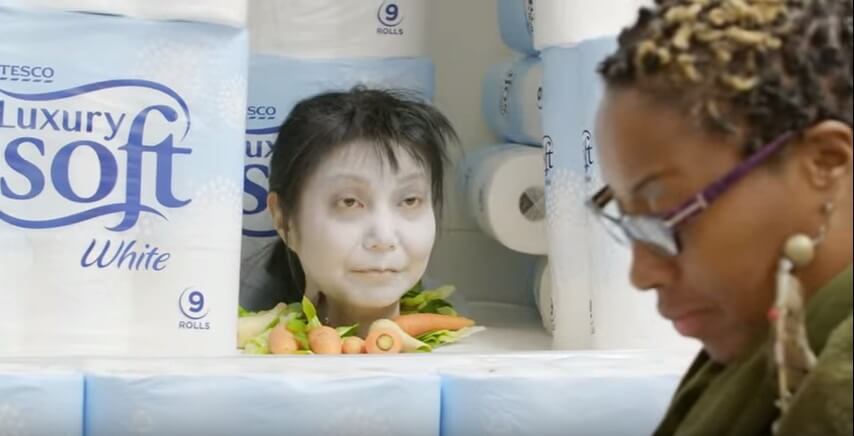 What better way to jab at the side of your competitors and easily get away with it, than through your Halloween marketing? That’s exactly what a BK in Queens, New York, decided to last year, when they dressed up their restaurant as, none other than, ‘McDonalds’ for Halloween! The stunt was limited to the one location and was the brainchild of their agency, ‘David’.

This year, the fast-food chain seemingly duped their rival again, proposing a unique offer to creepy clowns. The clowns must attend one of the five designated stores in the US, between 7pm to 3am on October 31st, and be one of the first 500 in attendance to receive their free Whopper. A representative of the brand has invited guests to “come dressed as a clown to eat like a king.” 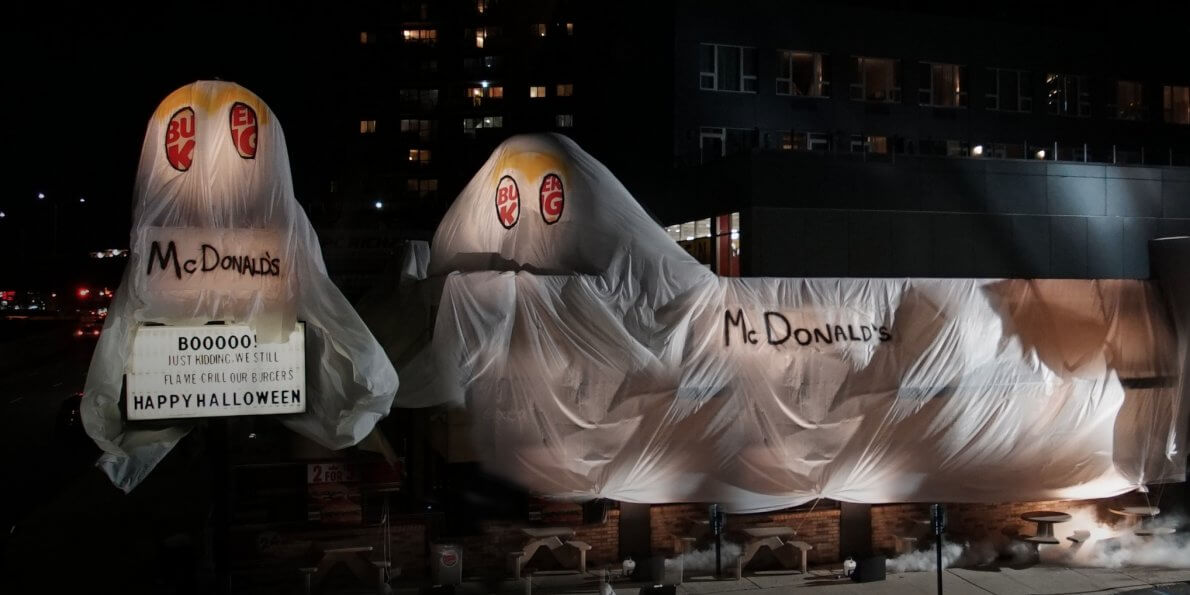 If you truly want to push product by demonstrating how great it is as part of your Halloween marketing, then it is critical to do this in a creative and wholly unexpected way. LG loves to boast about how lifelike the colour on their screens looks, and in order to promote the LG IPS TV, they decided to install a grid of the monitors on the floor of an elevator. Using sound and visuals, the elevator appeared to be malfunctioning creaking under the feet of the unsuspecting riders. The floor then appeared to fall away, tile by tile revealing a sinister view of the plunging lift shaft. The duped members of the public were seen to be leaping back against walls and clutching onto the grab bars. The video has since amassed over 40 million views on YouTube.

Although hospitality and retail brand do have a tendency to nail Halloween marketing, charities and not for profits will sometimes utilise the time of the year to promote their cause. In this case, the CHSF utilised the spooky season to create a ‘Walking Dead’ style scenario with a grim twist, however, the messaging was clear and captivating, with the tagline; ‘CPR makes you undead’, an apt and entirely relevant way of explaining the importance of knowing how to perform CPR. The advert was shot in the style of a zombie apocalypse, reminiscent of popular tv and film, an interesting ploy that will ensure the captivation of the audience through the entirety of the three-minute ad.

Top tips to get creepy and creative

Occasionally brands will change their packaging, logo colours and styling during holiday seasons, with Halloween being no exception. With this in mind, the LITTLE designers have created these great adaptations of some of our favourite brand logos, giving them a morose makeover.

Make every status count; it could be your last! 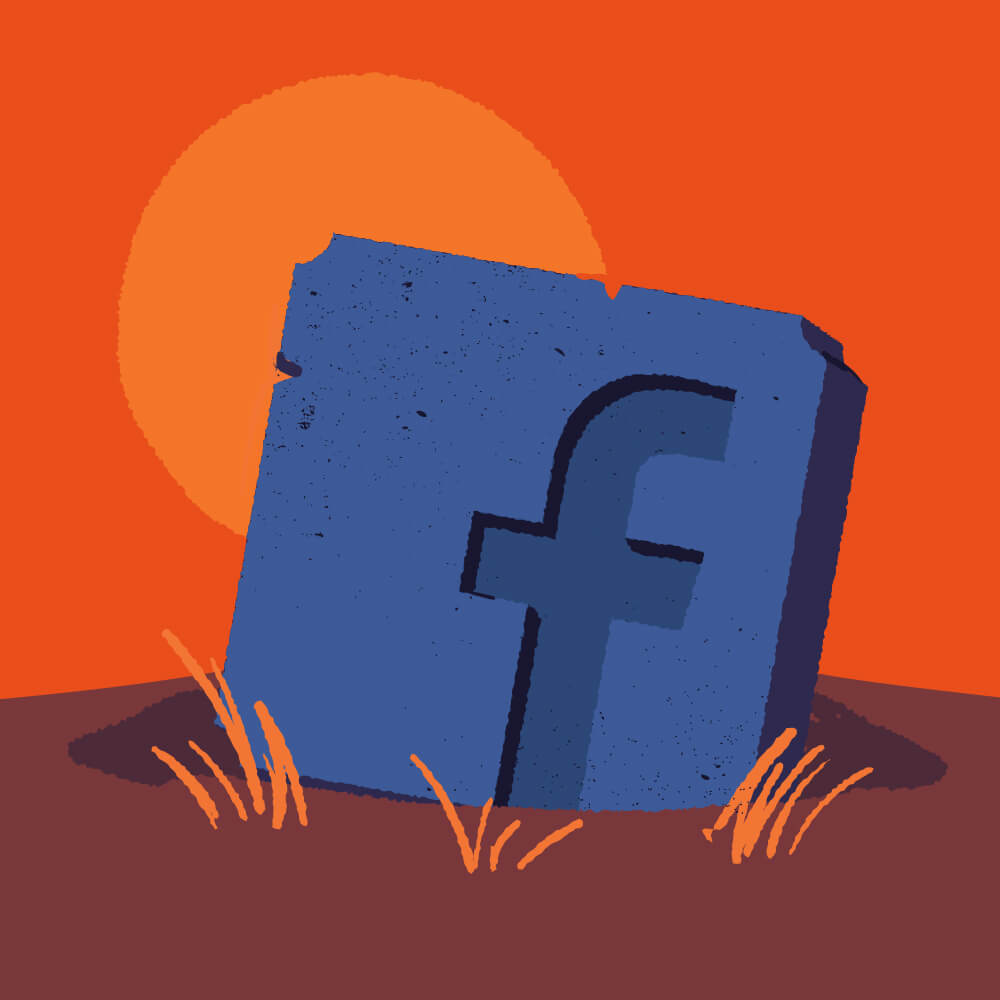 An Apple a day, keeps the Androids away. 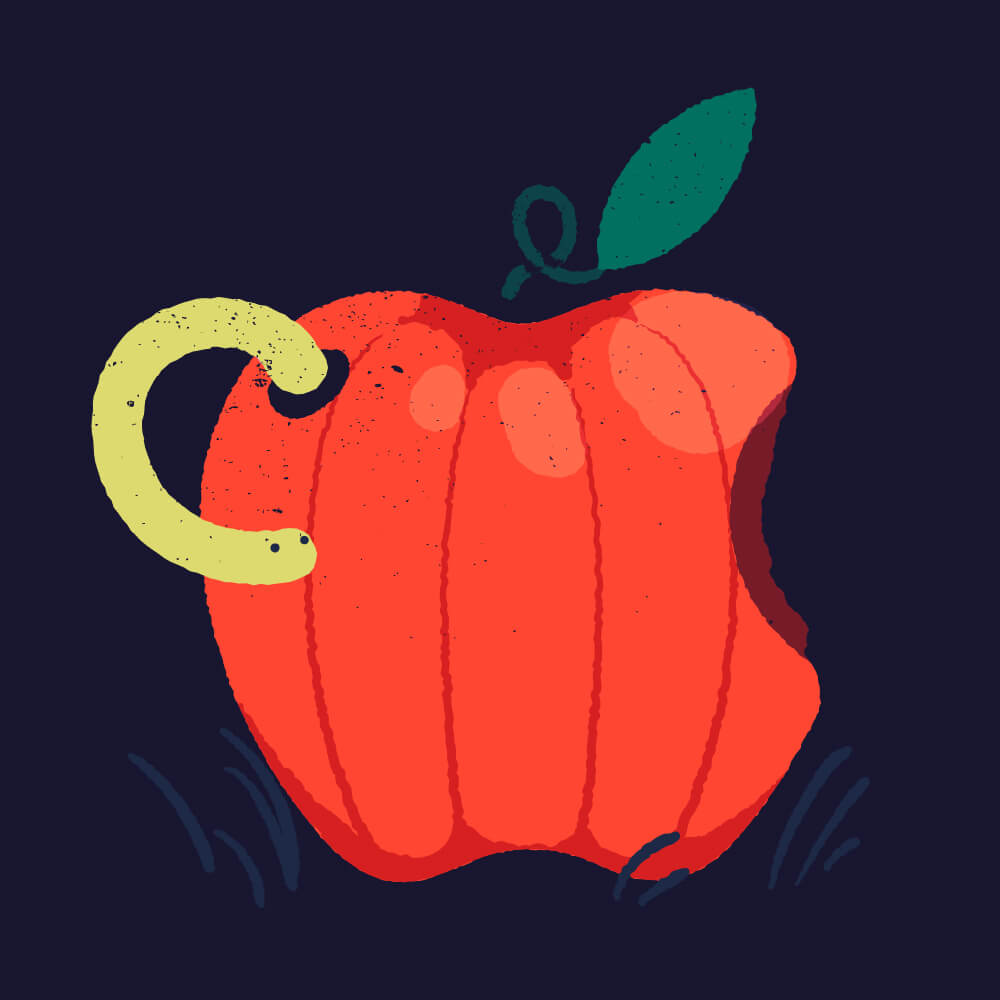 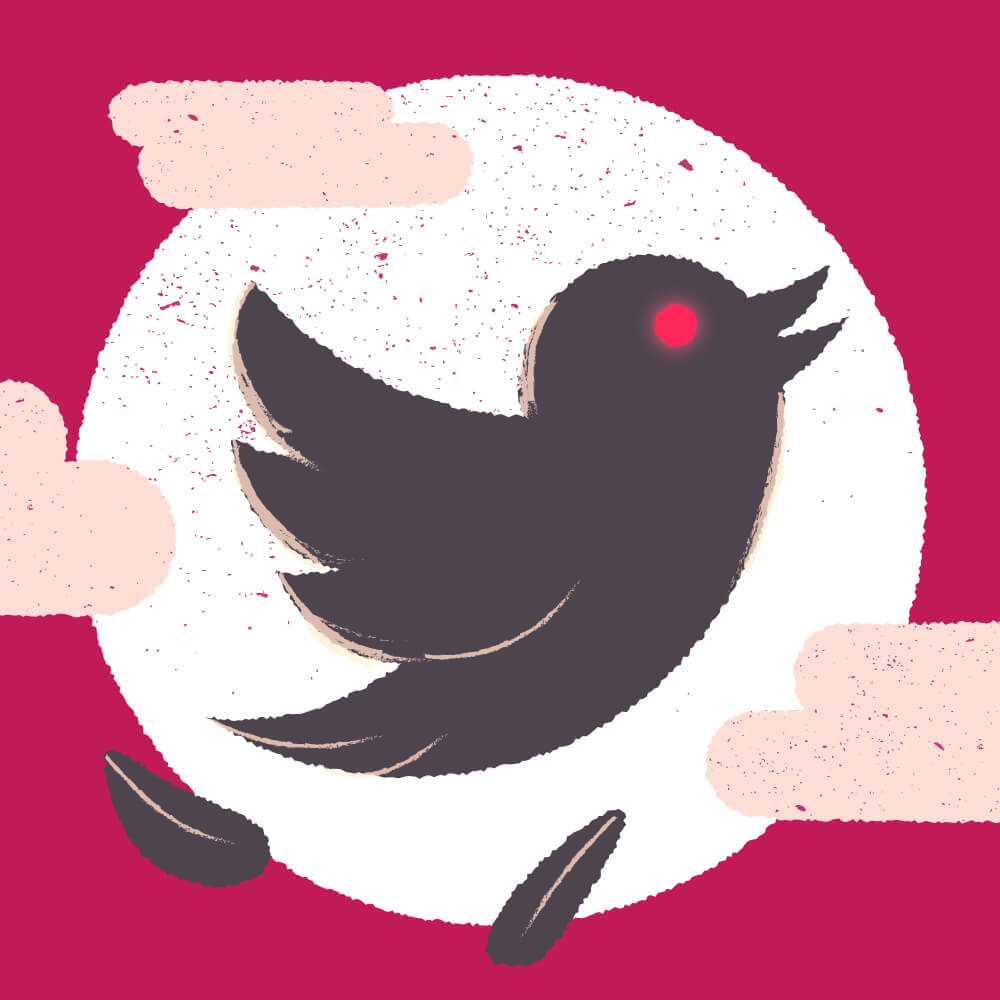 The McRib is back… 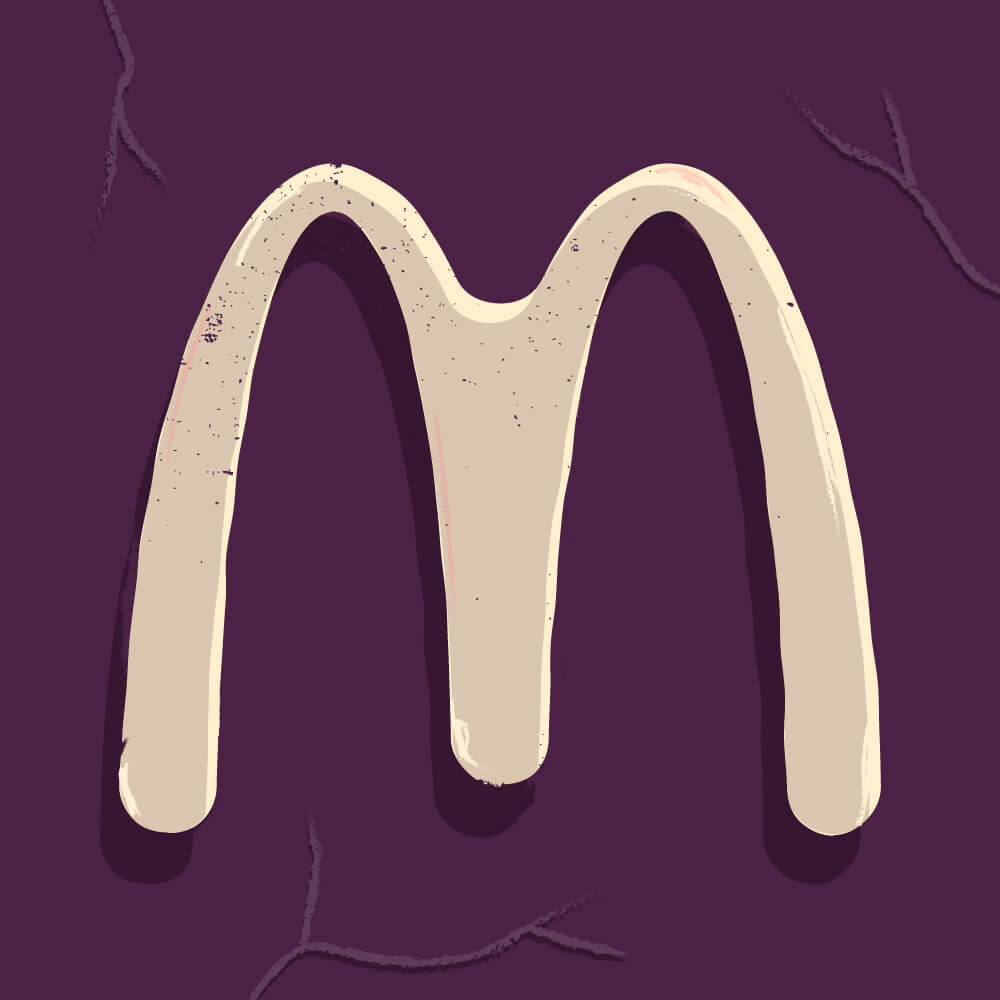 All Day I Dream About Scaring! 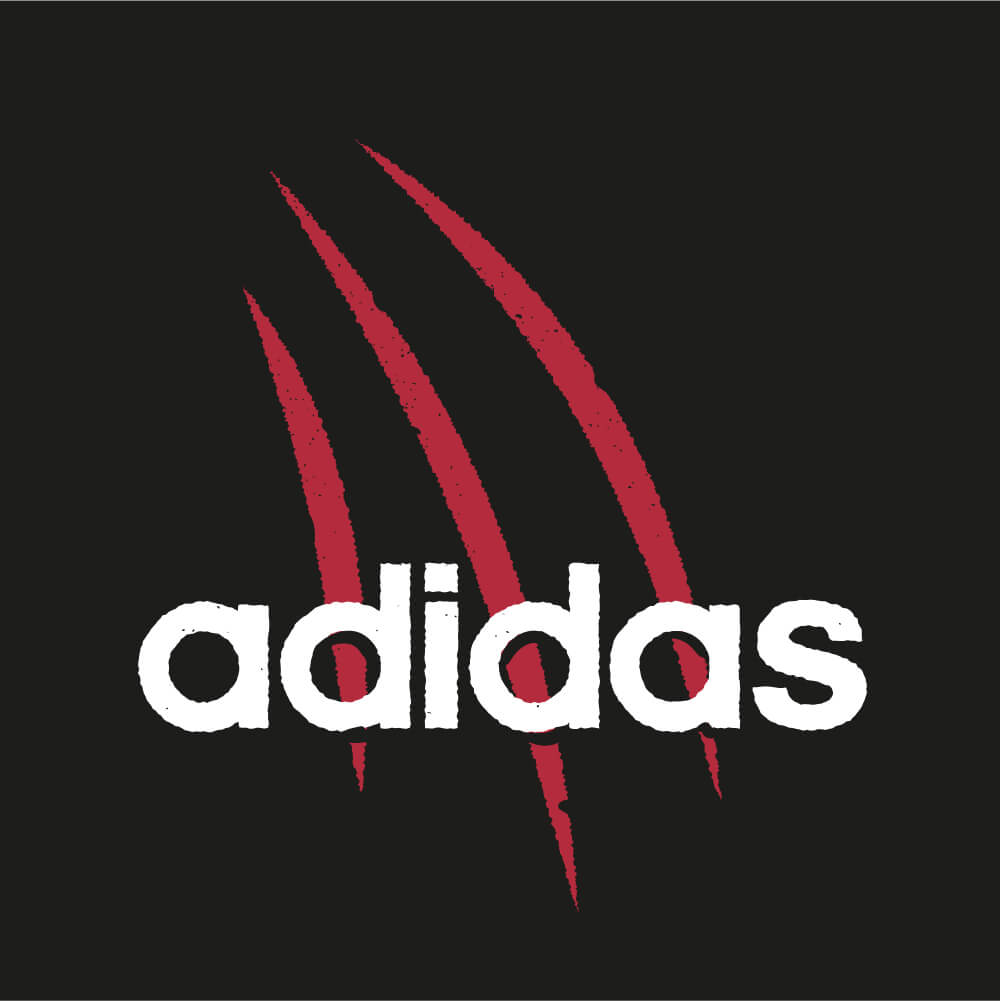 Did you enjoy this blog? Why not check out our blog previous blogs, including; 36 Days of Type: Blood, sweat & tears…