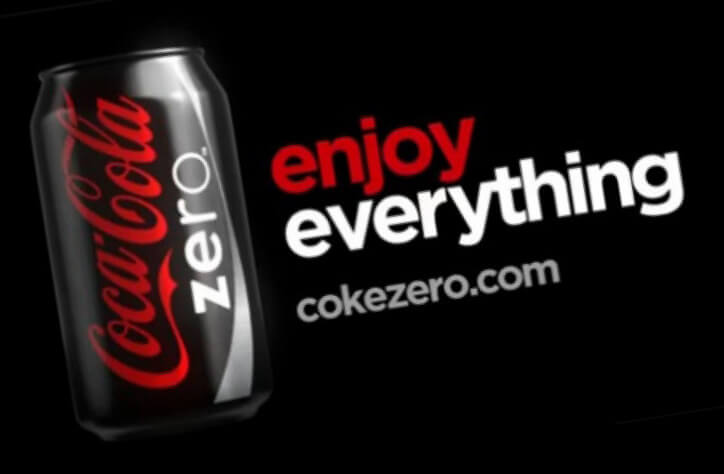 The first look into the new campaign can be seen on screens from Thursday 7th July, revealing the products new strapline “Tastes more like Coke, looks more like Coke”. While online, people will be encouraged to share the campaign using the hashtag #TasteTheFeeling.

The ad is to be supported by experiential, out of home and in store activity along with more than four million samples to be given away. An eleven stop tour around the country will include, sponsored screenings at the Barclaycard Presents British Summer Time in Hyde Park and a pop up ‘Coca-Cola Zero Sugar photobooth’ at Camden Beach Bar. To find your nearest Coca-Cola tour stop destination click here.

Jon Woods, Coca-Cola Great Britain General Manager commented on the launch: “We know that millions of people across the UK love the taste of Coca-Cola Classic so we’re excited to unveil the new Coca-Cola Zero Sugar. As well as ensuring it tastes great we’re putting our biggest marketing investment in a decade behind this launch and throughout the summer we’ll be encouraging people to choose no sugar”